Locations range from the Chicago church where Emmett Till’s body was viewed, galvanising the civil rights movement, to a ‘Hall of Waters’ in Missouri 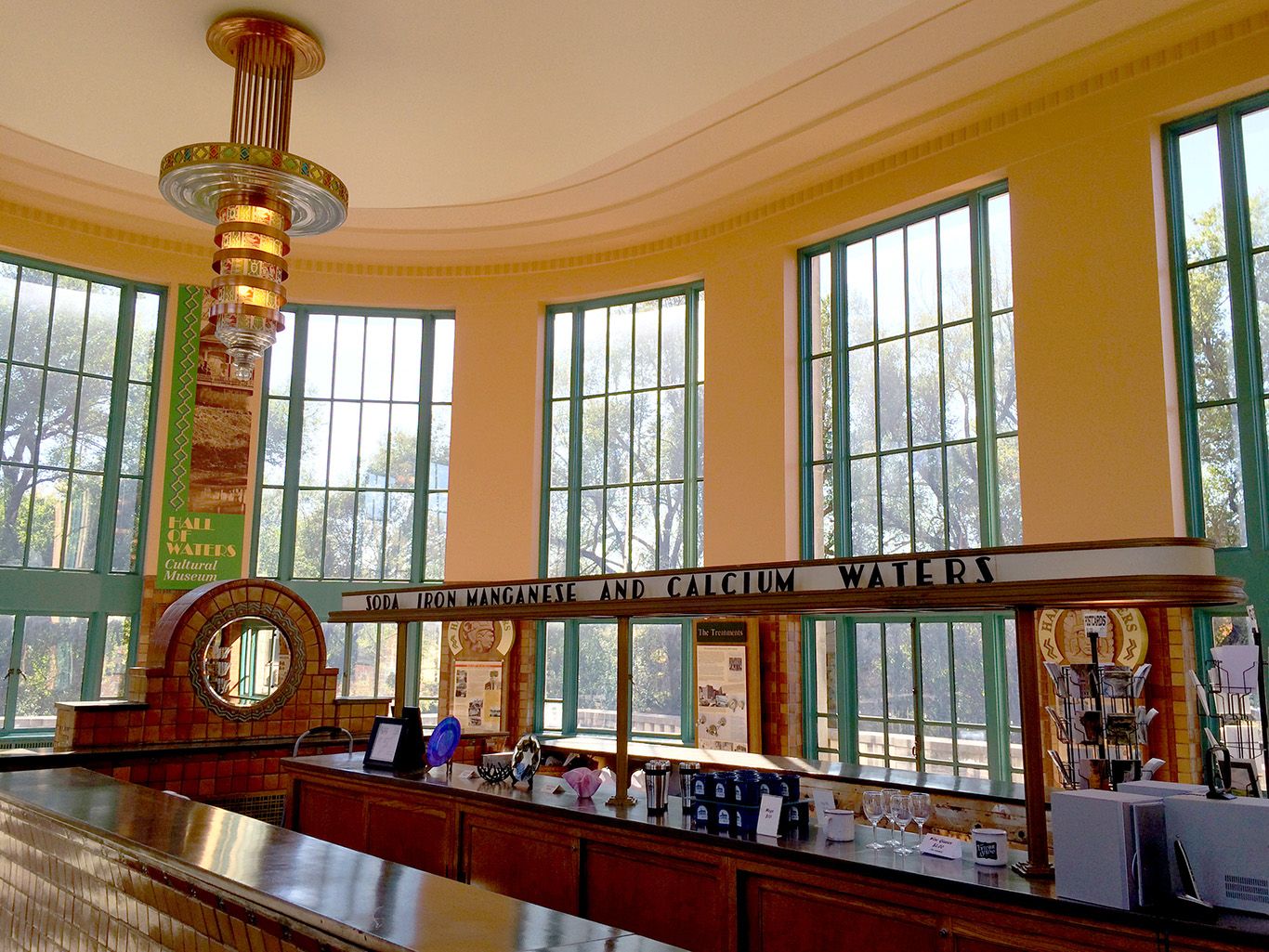 The Hall of Waters on Excelsior Springs, Missouri, which will require a $16m investment to rehabilitate Courtesy of the National Trust for Historic Preservation

The National Trust for Historic Preservation today announced its annual list of the 11 most endangered historic places in the US. They range from a California home owned by Japanese immigrants who were forcibly incarcerated in 1942 to the church in Chicago where Emmett Till’s body was displayed after his 1955 killing on a visit to Mississippi, helping to ignite the civil rights movement.

The list has identified more than 300 sites under imminent threat since 1988. Its administrators say that the designations have helped to drum up enough support for preservation that only 5% of them have been lost, the trust says.

Many of the places on the 2020 list are in severe disrepair and are threatened by demolition or development. “I believe that preservation is inherently optimistic work, and that when you have an extraordinary place and people are committed to its significance and value, we can put it back into use,” says Katherine Malone-France, the trust’s chief preservation officer.

As in past years, the places chosen for the new list are being highlighted less for their architectural distinction than for their cultural and historical significance. “Preservation is about than just about preserving the most high-style architectural legacy,” Malone-France says. She notes that several of the 11 places are notable for their significance to the battle for racial justice and equity, for example. 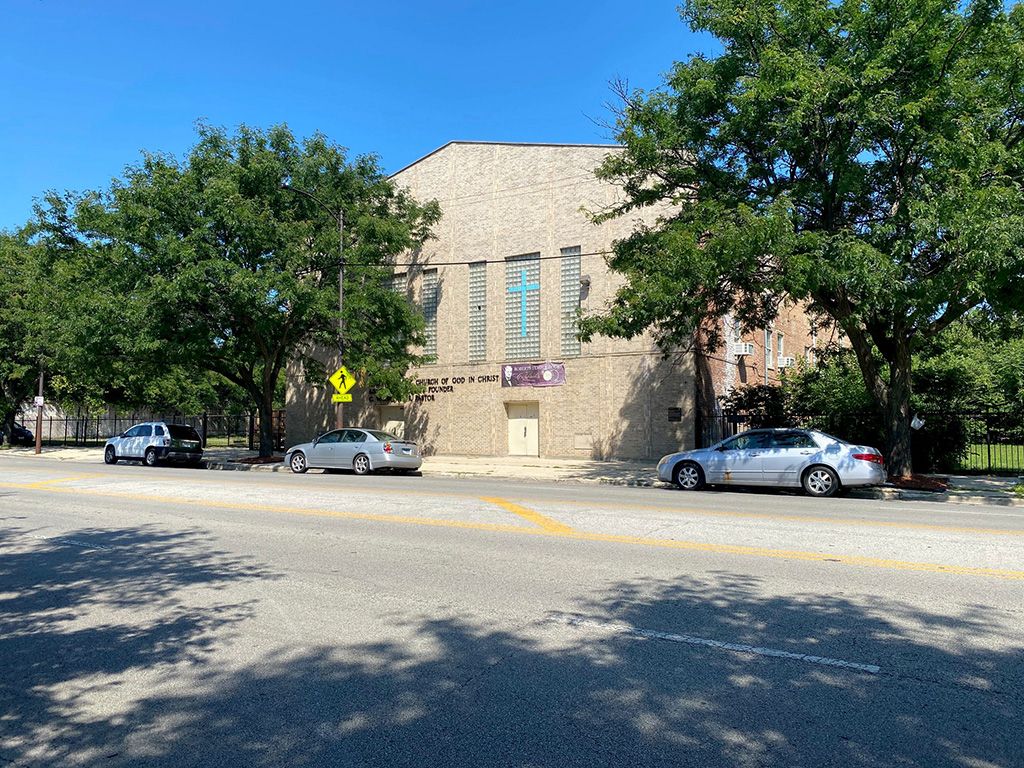 The Roberts Temple Church of God in Christ in Chicago, where Emmett Till's body went on view in 1955 Sharon Robert Hayes

The oldest and biggest surviving public housing complex in San Antonio, it provided affordable housing for the majority Mexican-American population on the city’s west side at a time when housing and schools were legally segregated. The trust says that the San Antonio Housing Authority is planning to demolish the complex, a key source of affordable housing and an important part of Mexican-American history. “It’s about keeping intact the community that has always lived there,” Malone-France says.

Built in 1938 with aid from the Public Works Administration, it was billed as a mineral water health resort and bottled and sold four types of mineral waters while featuring a health spa and competition-size swimming pool. Owned by the city, it would need a $16m investment for rehabilitation. Malone-France notes that the hall once boasted “the world’s longest water bar”.

The Harada family, made up of Japanese immigrants and American-born citizens, were the focus of a landmark Supreme Court ruling granting its members the right to continue to own the property. They lived in the home until in 1942, when they were forcibly detained, but returned there after the war and maintained ownership until 2000. The dwelling is now in such disrepair that it risks collapsing; local campaigners want to rehabilitate it and open it to the public as the local Museum of Riverside, which interprets cultural and natural history. Malone-France underlines the house’s role in challenging racist and segregationist property law. 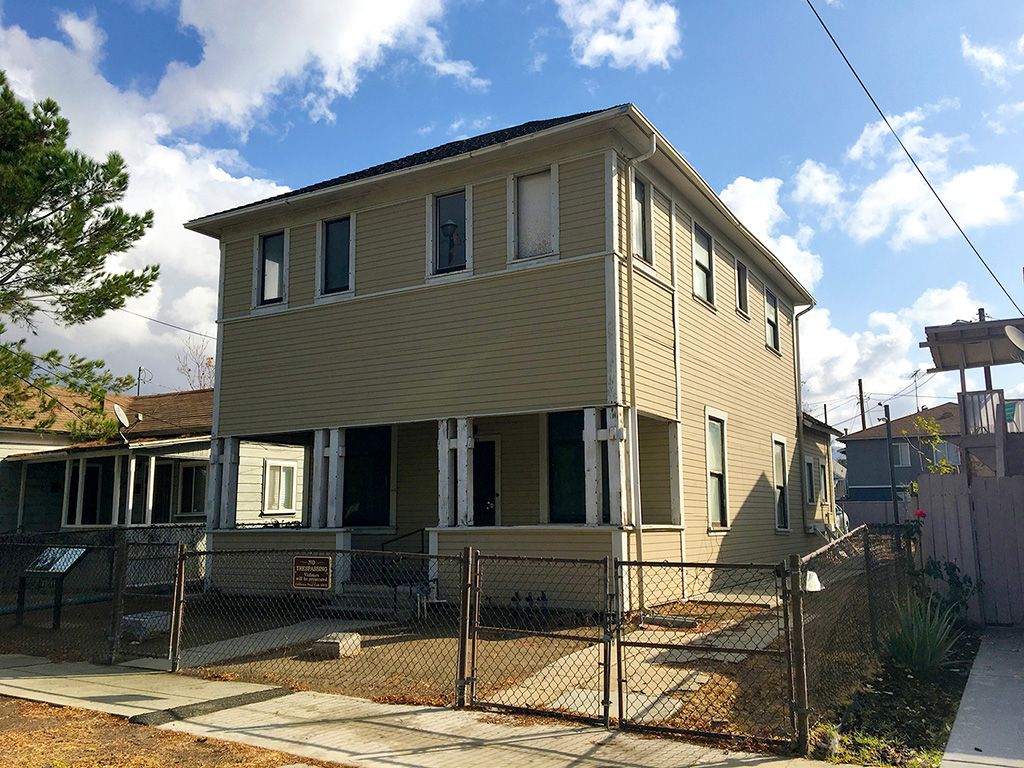 The Harada House in Riverside, California, where a segregationist property law threatened a Japanese immigrant family's right to ownership Courtesy of Museum of Riverside staff

The former headquarters for the nation’s first black opera company starting in 1941, it also furnished temporary quarters for figures like the singer Lena Horne, Pittsburgh Steelers football players including Roy Jefferson, John Nesby and Marvin Woodson, and the powerhouse Pittsburgh Pirates hitter Roberto Clemente. Local supporters are mapping out a plan for stabilisation of the severely deteriorating building and seeking potential new uses that honour its history.

Ponce’s downtown district in southern Puerto Rico, a prominent designated historic zone with many notable buildings, has suffered considerable structural damage because of recent earthquakes, compounding damage it suffered from Hurricane Maria in 2017. Local and government organisations are putting together a recovery plan but require significant funding. Malone-France notes that it is the third year that the trust has listed a site in Puerto Rico, which is still struggling to recover from a string of natural disasters.

Located at the fork of the Rivanna and James rivers, Rassawek was the historical capital of the Monacan Indian nation, the seat to which the tribe’s confederacy paid tribute. So far six important archaeological sites have been identified as well as the burial places of ancestors. Monacan Indians are resisting a plan by the local water authority to build a water pumping facility on the site.

Over four days in September 1955, Emmett Till’s body was on view at Roberts Temple Church of God in Christ after the 14-year-old was slain by white vigilantes while on a visit to Mississippi. His mother insisted on leaving the casket open, and the display of his body helped to galvanise the civil rights movement. The church now has severe structural problems and needs investment for rehabilitation. Malone-France notes that the church was designated a city landmark in 2006.

Once a gathering place for civil rights activists as well as state legislators, the midcentury Modern building near the State Capitol in downtown Jackson most notably drew the multi-racial women-led conclave known as “Wednesdays in Mississippi”. With its metal screens, expanses of glass and vibrant sign, it has been vacant and steadily deteriorating for nearly two decades. The state bought the hotel in 2019 and plans to demolish it for a parking lot, but preservationists are campaigning for its rehabilitation and reuse. 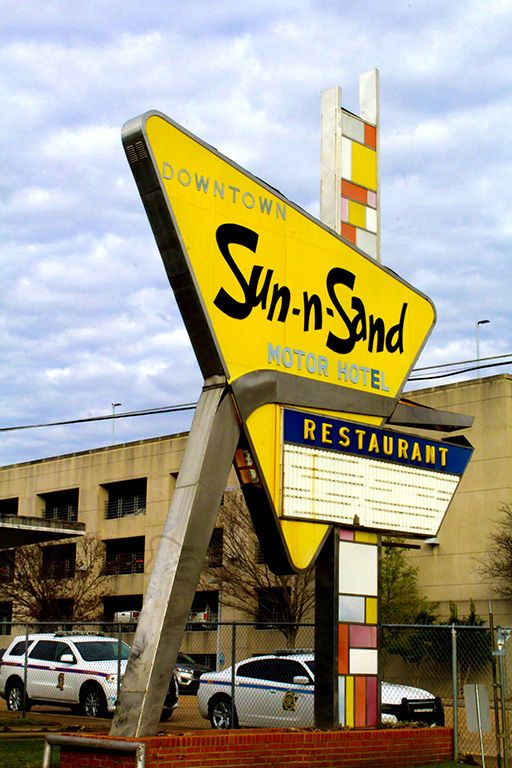 The first major building built by the architectural firm Skidmore, Owings and Merrill, the Terrace Plaza Hotel was designed in part by the pathbreaking female architect Natalie de Blois, who has largely been underrecognised. After 12 years in which it has been mostly vacant, local residents hope to rehabilitate it while seeking to revitalize downtown Cincinnati.

The site, one of the most important Ohlone Indian settlements on the shores of San Francisco Bay, includes a village dating back 5,700 years. From shells to ritual objects to artefacts, the residue of their culture formed a massive mound from which archaeologists removed the remains of 94 burials and 3,400 artifacts before the mound was levelled in the 1950s. Although plans to build a condo project on the site are now on hold, the future of the privately owned land and still-unexcavated burials is in doubt. An Ohlone coalition “wants it acknowledged that this is a sacred site”, Malone-France says. 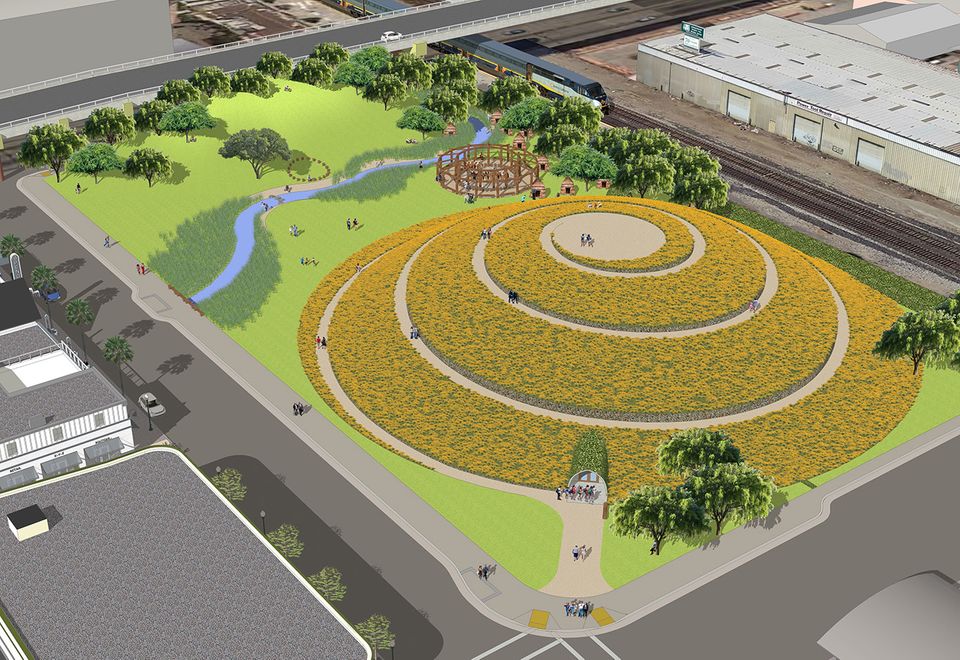 A rendering of the West Berkeley Shellmound in Riverside, California. The site is still an active site of Ohlone prayer and ceremony. Chris Walker

The structure was built as a clergy house for the Episcopal Mission and repurposed four years later to serve as a 12-bed hospital during the Gold Rush boom years. Having been vacant for 15 years, the building has a failing roof and an unstable foundation and is deteriorating inside. While locals are raising funds to restore it and create a museum featuring the stories of nurses who laboured there, the impact of the Covid-19 crisis on the town’s economy leaves the future in doubt. The story of the nurses “is about the resiliency of the human spirit, and that’s something that is especially important right now,” the trust’s chief preservation officer says.

“It’s a diverse mix of sites, but all of them tell us something about ourselves as Americans,” Malone-France says. “This is about bringing national and international attention to these places.”