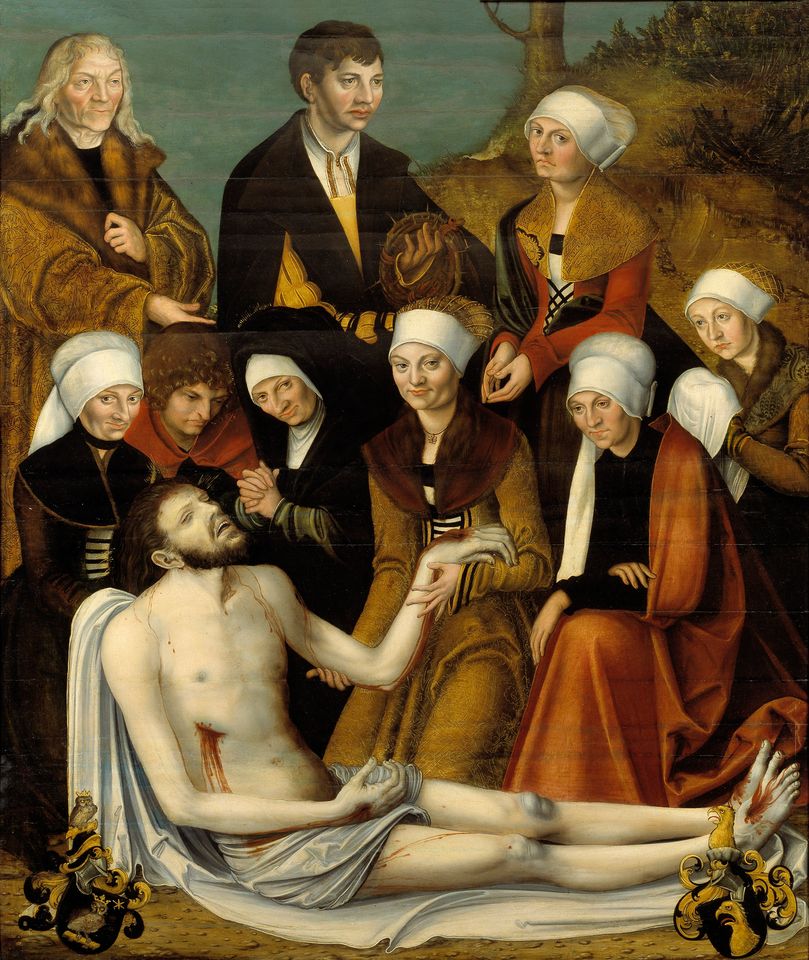 The Nationalmuseum in Stockholm says it will return a painting by the School of Lucas Cranach the Elder to a museum in Poland after new documentation has shown that the work was stolen after the Second World War.

“Nationalmuseum has recommended to the Swedish government that the painting The Lamentation of Christ (around 1538) by the School of Lucas Cranach the Elder, should be returned to Muzeum Narodowe we Wrocławiu in Poland,” the museum says in a statement.

The Nationalmuseum bought the work at auction in Mariefred, located west of Stockholm, in 1970, for SEK4,000; the painting was sold by the estate of Sigfrid Häggberg. There was no evidence that the painting was looted while the museum inventory states that the work belonged to “Director Häggberg” in Mariefred and was previously in Polish ownership.

Crucially, “a special commission at the Polish Ministry of Culture and National Heritage for works lost after the Second World War has presented documents showing that the painting at Nationalmuseum is almost certainly identical to that requested [by the Polish ministry of culture],” the statement says.

Officials at the Nationalmuseum and in Poland have now pieced together the painting’s history. The work was previously in the former Schlesische Museum der Bildenden Künste in Breslau (now Wroclaw in western Poland), predecessor to the present-day Muzeum Narodowe we Wrocławiu.

The painting was on a list drawn up in November 1945 of works due to be evacuated from the Schlesische Museum der Bildenden Künste and taken to a storage facility in Kamenz, Poland. At the end of February 1946, many works went missing including the painting in question which eventually ended up in Mariefred, where it belonged to Häggberg, a manager at the telecommunications company L M Ericsson. “According to Häggberg’s family, he did not buy the painting but was taking care of it for an individual who had given it to him for safekeeping,” says the museum statement.

“This case [illustrates] why proactive research into provenance and issues of restitution are necessary in all countries with large and important collections. This is needed throughout the Nordic region,” says Susanna Pettersson, the director general of Nationalmuseum, in a statement.

about 14 hours ago
'Good reasons to believe this is a new Caravaggio': specialists cautiously vouch for €1,500 painting pulled from Spanish auction