To mark the 200th anniversary of Greece’s liberation from the Ottoman Empire, the arts organisation Neon is renovating a historic building in Athens. Following the €1m restoration and a large-scale exhibition in 2021, it will be gifted back to the state to use as a cultural centre.

The Lenorman Street Tobacco Factory currently lies half unused while the other half houses the library of the Hellenic Parliament. Following the financial crisis in Greece from late-2009, many large buildings in the city were abandoned. Collaborative initiatives like this means that such spaces can be updated with minimal cost to the state—particularly important given the lack of government funds available for such projects in a post-pandemic world.

The project is funded solely by the Neon founder Dimitris Daskalopoulos and will not only house an exhibition but also a cultural programme, conceived in collaboration with the government, which will run from June to December 2021.

Neon is in the process of a top-down renovation of the 6,500 sq. m space. The site’s inaugural exhibition Portals­ is being co-organised by Madeleine Grynsztejn, the director of the Museum of Contemporary Art Chicago, and the director of Neon, Elina Kountouri. 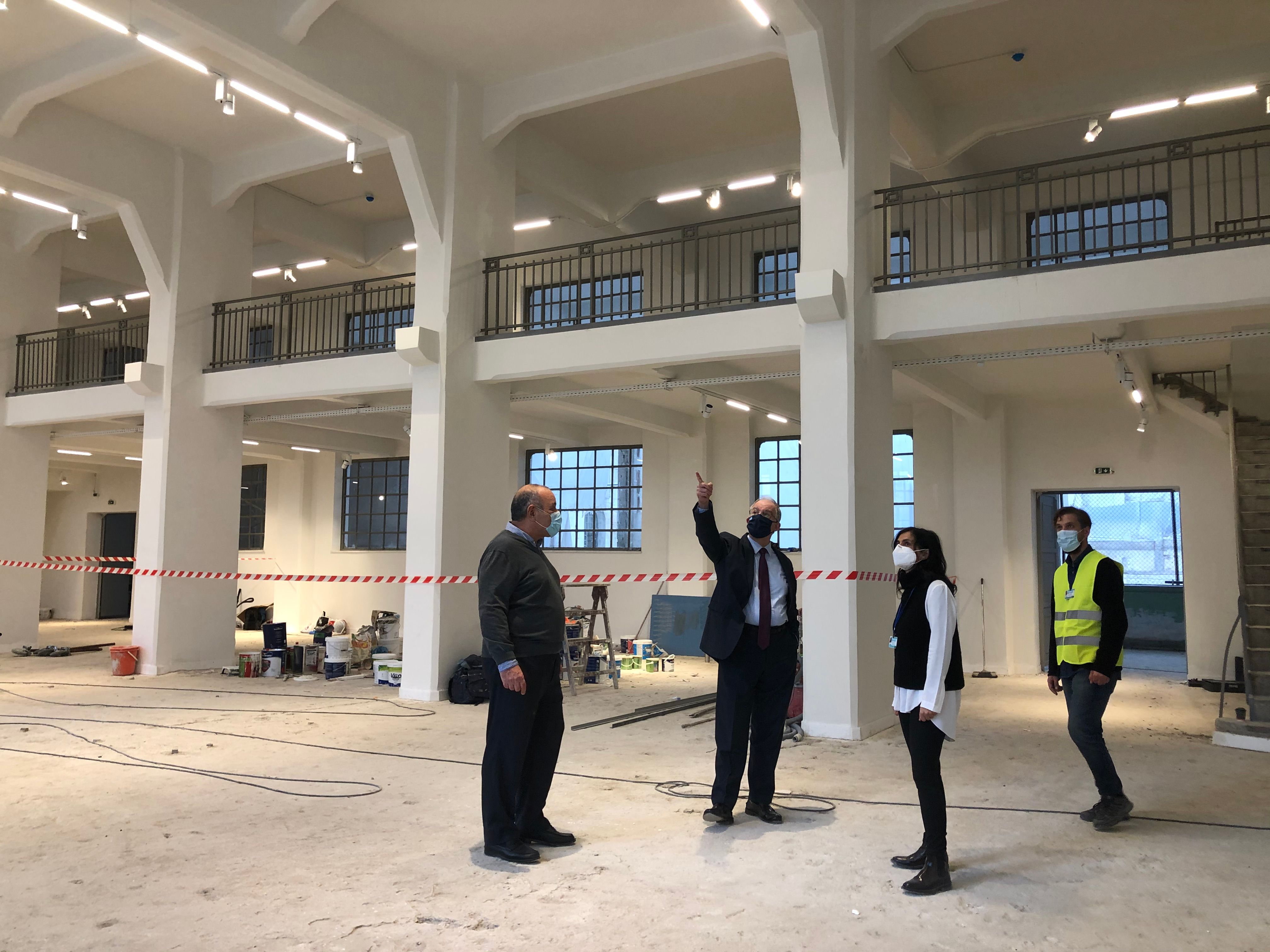 “I was thinking, how do you make this historical event relevant 200 years after it happened, without making it a nationalist celebration because this is always a danger when a nation celebrates their past,” Kountouri tells The Art Newspaper.

The full artist list for Portals, which is inspired by the Arundhati Roy essay of the same name, is yet to be announced although site specific works by Michael Rakowitz, Glenn Ligon, Danh Vo and Maria Loizidou have been confirmed.

“The setting for this exhibition, Athens’s former Public Tobacco Factory, now the home of the Hellenic Parliament Library, is remarkable for its deep economic, political, intellectual and historic roots,” says Grynsztejn in a statement.

According to Neon, the Greek government is the ideal partner in this project with what the organisation sees as its powerful, innovative history of nation building and foresight. “This artistic event is inspired mainly by the Greece of today; it is organised by a partnership between the private and public sector, and it is addressed to a public that will freely shape its own interpretation,” says Constantine A. Tassoulas, the president of the Hellenic Parliament in a statement.

This is not Neon’s first collaboration with the state; in 2019 the organisation staged an exhibition of work by Antony Gormley at the ancient site of Delos and in 2016 Neon also renovated the Athens Conservatory which they later returned to the state.