The Dutch government adopts a committee’s “radical” guidelines, putting it at the forefront of European efforts to return colonial-era museum acquisitions 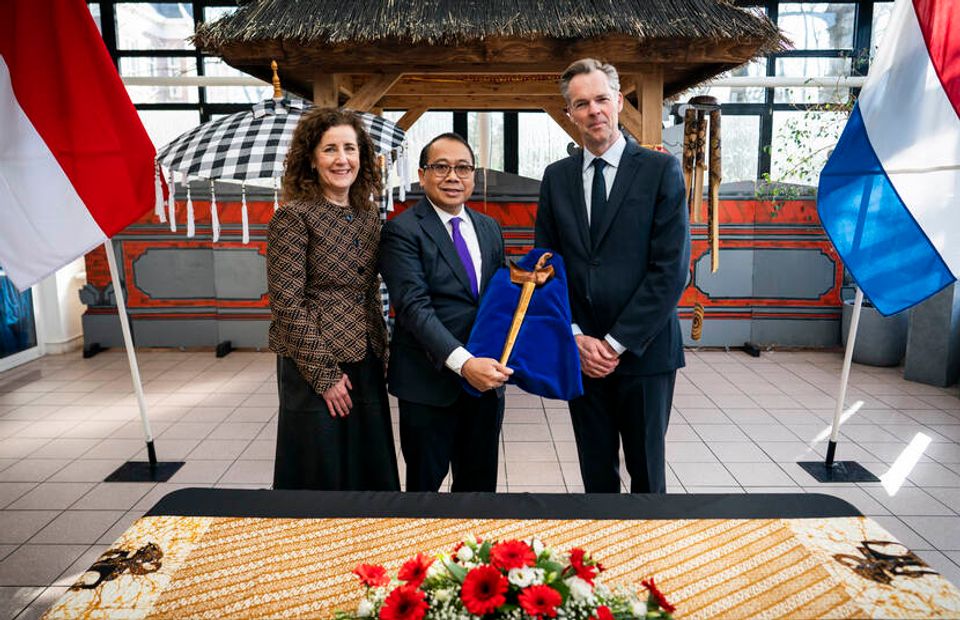 The Dutch government has approved a plan to repatriate artefacts removed from former colonies, adopting recommendations by an advisory commission that called for the “recognition that an injustice was done to the local populations of former colonial territories when cultural objects were taken against their will.”

The committee, chaired by Lilian Gonçalves-Ho Kang You, last year recommended that museums should not only consider claims for items known to have been looted, but also requests for the return of those with no full provenance records—especially in cases where the objects are of “cultural, historical, or religious importance to the source country.”

Although the Dutch government resigned en masse on 15 January in response to a scandal over tax inspectors who unjustly penalised thousands of families, Prime Minister Mark Rutte and his cabinet remain in office in a caretaker capacity at least until general elections scheduled for March. Ingrid van Engelshoven, the minister of education, culture and science, announced the adoption of the advisory committee’s report on 29 January.

“We must treat colonial collections with great sensitivity,” van Engelshoven said. “There is no place in the Dutch State Collection for cultural heritage objects that were acquired through theft.”

The proposals which the ministry is now preparing to put into action include an independent assessment committee to adjudicate claims and examine provenance reports; research projects into colonial collections in collaboration with Indonesia, Suriname and Dutch territories in the Caribbean; a policy to unconditionally return objects looted from Dutch colonies; and a pledge to weigh the interests of parties in the case of items that were stolen from other countries’ colonies or in the case of items of particular cultural significance to source countries, regardless of whether research proves they were looted.

The Netherlands had trading posts and colonies in Asia, Africa and North and South America from the beginning of the 17th century and maintained a presence in some locations for more than four centuries. The committee’s report described this era as “a time characterised by exploitation, violence, racism and oppression.” The Dutch National Museum of World Cultures, one of the first museums in Europe to develop structures and procedures for repatriating artefacts removed from former colonies, estimates that about 40% of the 450,000 items in its collection was acquired in colonial contexts.

The government’s new policy puts the Netherlands—at least for now—at the forefront of European efforts to repatriate colonial-era acquisitions, says Jos van Beurden, the author of an influential 2016 doctoral work published in English as Treasures in Trusted Hands.

“It’s ground-breaking, it’s progressive, it’s a radical break with the past,” van Beurden says. “It’s crucial that the discussion is no longer restricted to war trophies.”

Most European countries are making progress in addressing the colonial history of their museum collections, van Beurden says. “At this moment, the Netherlands has a modest lead, but that can change.”