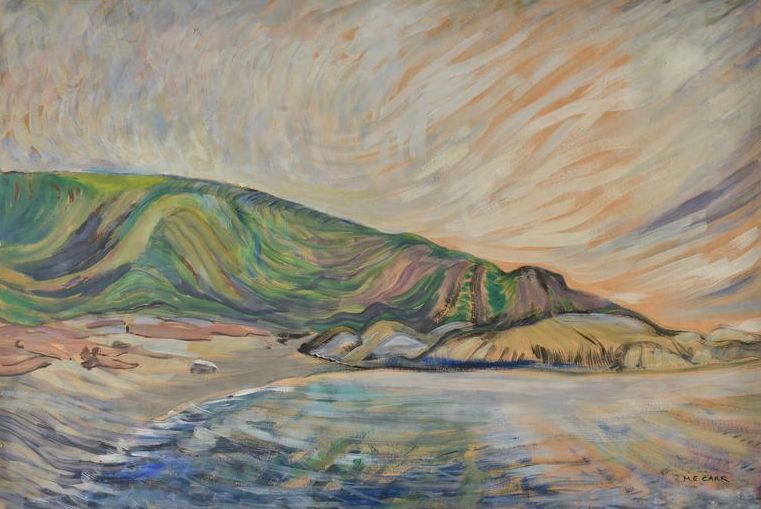 Two never before seen works by one of Canada’s best-known artists, Emily Carr, have been donated to the Art Gallery of Greater Victoria in British Columbia by a local family who have owned them for almost a century. The gift is a homecoming of sorts for the artist’s work: while the gallery now has the biggest public art collection in the province, it was only incorporated in 1951, so when Carr, a native of Victoria, died in 1945, her estate gave most of her paintings to the Vancouver Art Gallery. “We don’t have a lot of Carr’s work, yet she is deeply loved locally,” says the Victoria museum’s director Jon Tupper. “It’s wonderful to have these pieces—which I didn’t even know existed—finally in the public realm.”

One of the works, an untitled landscape painting of the bucolic Finlayson Point in deep greens and blues, is estimated to be from the early 1930s, when Carr was still influenced by the Post-Impressionist artists she studied in France. The site was a favourite painting spot for Carr, who rented a room in a boarding house nearby. The canvas had been hanging over the mantelpiece in the family home of the brothers Ian and Andrew Burchett since 1960, and their paternal grandmother Bets Burchett had acquired it directly from Carr, with whom she had bonded over a mutual love of dogs. 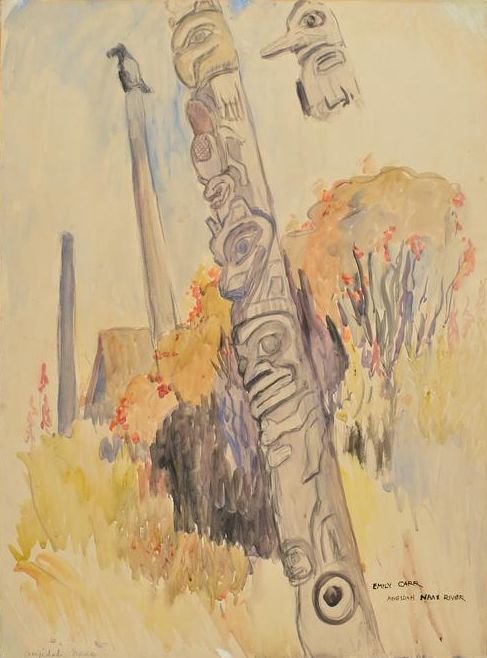 A second work called Angida Nass River is a watercolour of a Nisga’a totem pole, and is likely from around 1907 according to the Art Gallery of Greater Victoria. It was originally bought by Enid Hendrie Owen, the Burchett brothers’ maternal grandmother, who also acquired Mountain Sketch LI and Mountain Sketch XCII by Lawren Harris, the Group of Seven painter and Carr’s friend and contemporary. These works were also given to the museum by the family.

“It is with considerable pride that these works of art, which graced our family home, are now part of the Art Gallery of Greater Victoria’s collection—an institution that clearly held a special place for our parents given their long association and various gifts over the years,” the Burchett brothers say in a statement. “These gifts span two generations on both sides of our family and we hope that they can be enjoyed by others in the community and all visitors to the Gallery.”