For the past four years, the Leonardo DiCaprio Foundation auction—organised by the actor and art collector—has played a starring role on the St. Tropez summer calendar. Last year, the event raised some $45m on behalf of the “long-term health and wellbeing of all of Earth’s inhabitants”, per the foundation’s mission.

This year’s gala and live auction, conducted by Simon de Pury, will take place on 26 July—at an undisclosed location, for security reasons—following an online preview and absentee bidding period on 40 works of art, beginning 20 July. One hundred additional online-only lots will launch on 27 July, with bidding open from 10-23 August. 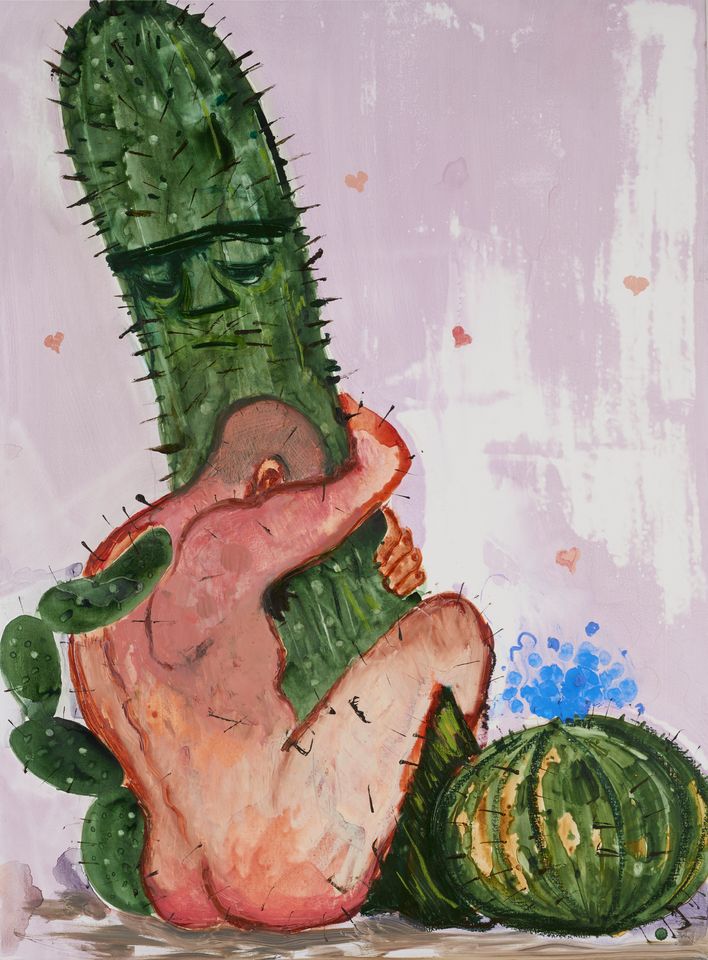 Sanya Kantarovsky's Man with Cactus (after Rembrandt), 2017, addresses climate change directly (courtesy of the artist and the Leonardo DiCaprio Foundation)

Some commissions, like Schneider's, took the foundation's mission as direct inspiration; his Reef Semiosis III (2016) is a vitrine featuring a fiberglass coral reef that has been overtaken by neon signs—or is regenerating around them. Johnson's Untitled (Mask Collage) (2017) is more allusive, with references to primitivism and pre-colonial habitats done in loaded materials like oil stick and black soap.

“[For the online sale] we wanted things that were $500 to $100,000”, DiCaprio’s art adviser, Lisa Schiff, who coordinated the donations and curated the sale, tells The Art Newspaper. “It’s not just about St. Tropez. We wanted people who can’t afford to come to St. Tropez to still engage.” She feels the US’s withdrawal from the Paris climate accords has created a new urgency. “We are way too close to the tipping point, so we need to go big this year….if we can’t capitalise on the attention now, I don’t know when we can.” 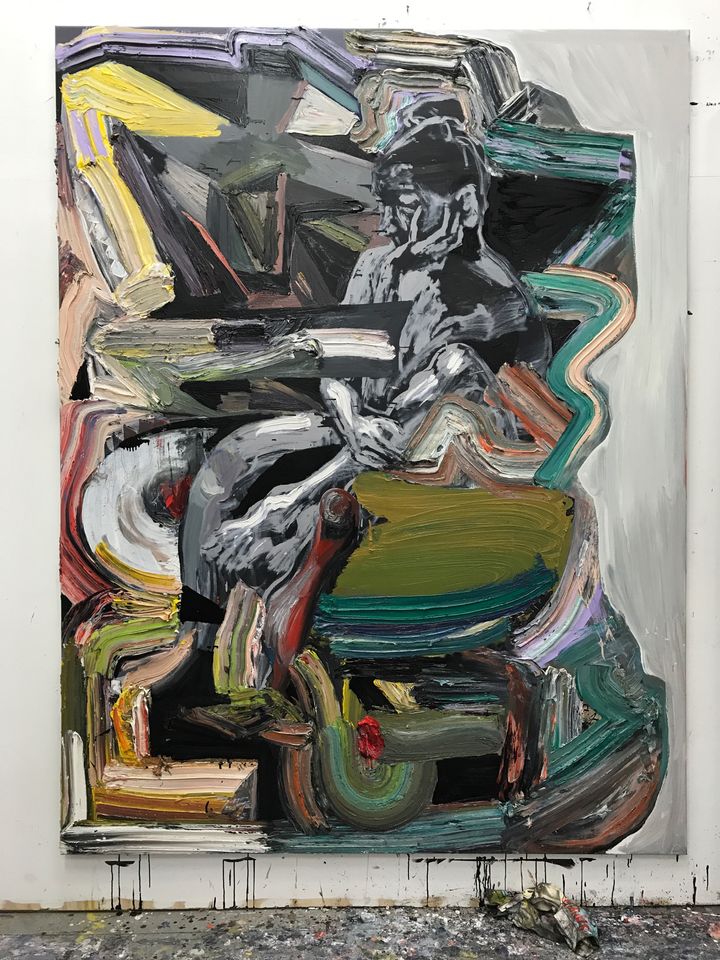 Ben Quilty, 2017 (2017), was commissioned for the auction (Courtesy of the artist and the Leonardo DiCaprio Foundation)

Artists can be apprehensive about donating work to a charity auction, where their dealer can’t play gatekeeper and a runaway price might throw their market out of whack. “We can’t control the end buyer”, Schiff notes, so it was imperative that “the artists feel good about being included”. She solicited the artists’ recommendations for their peers, and the foundation is presenting the 150 lots as a virtual exhibition that will remain online after the auction itself has passed.

And while paintings by Damien Hirst and Adrien Brody have proven a solid draw in the past, 2017 is likely to be the last year the auction will focus on works of art. “This isn’t about Leo the art collector; this is about Leo the UN ambassador,” says Schiff. Still, she says, art is uniquely positioned to open the dialogue around climate change: “It’s boring, it’s terrifying, and it’s so much easier just to pretend it isn’t real. How do we face it? Artists are the ones who allow a place to enter that’s accessible.”