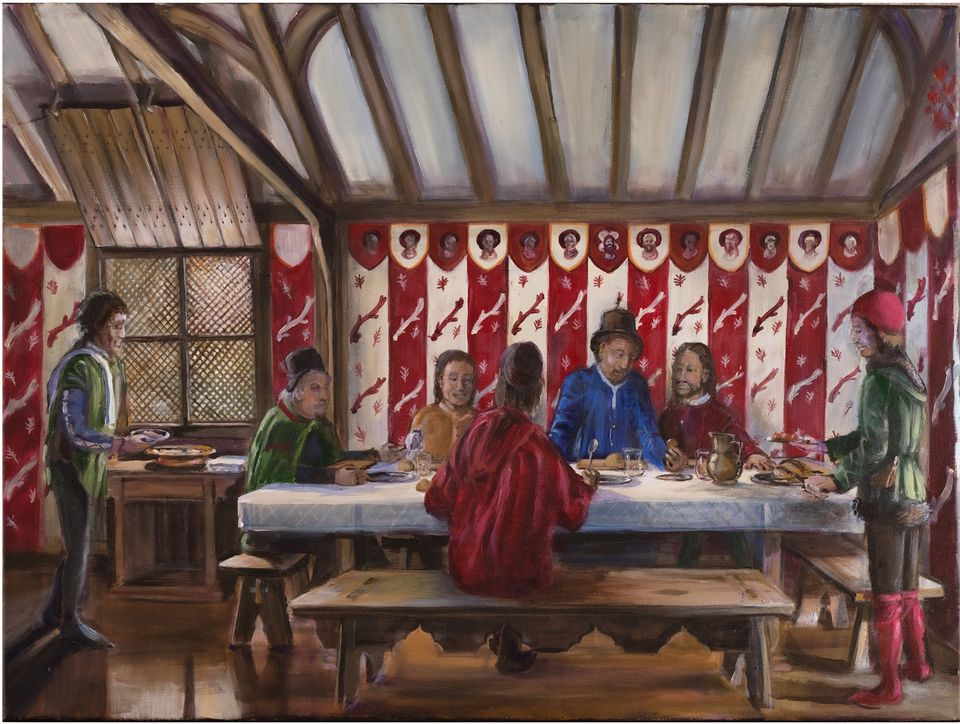 New research suggests a painting of the biblical scene the Last Supper once covered a wall of a room in which William Shakespeare attended school as a boy. The building in Stratford-upon-Avon has over centuries served as a guild hall, court room, school, theatre and visitor attraction, and is still in use by an adjoining school.

The architectural historian Jonathan Foyle believes fragments of a 15th-century decorative scheme represent a symbolic Last Supper that was whitewashed later in the Tudor era in an attempt to obliterate the Roman Catholic imagery. The images of Christ surrounded by his apostles were added in painted shields on top of a simple earlier scheme of red and white stripes in an upper chamber used as a dining room. They may have been painted over by Shakespeare’s father John, responsible as a town official for destroying or at least concealing them. The Last Supper, famously painted by Leonardo da Vinci in Milan, was a favourite subject in monasteries and guild halls across Europe linking the diners to Christ and his disciples, although Foyle's date of around 1440s is unusually early. 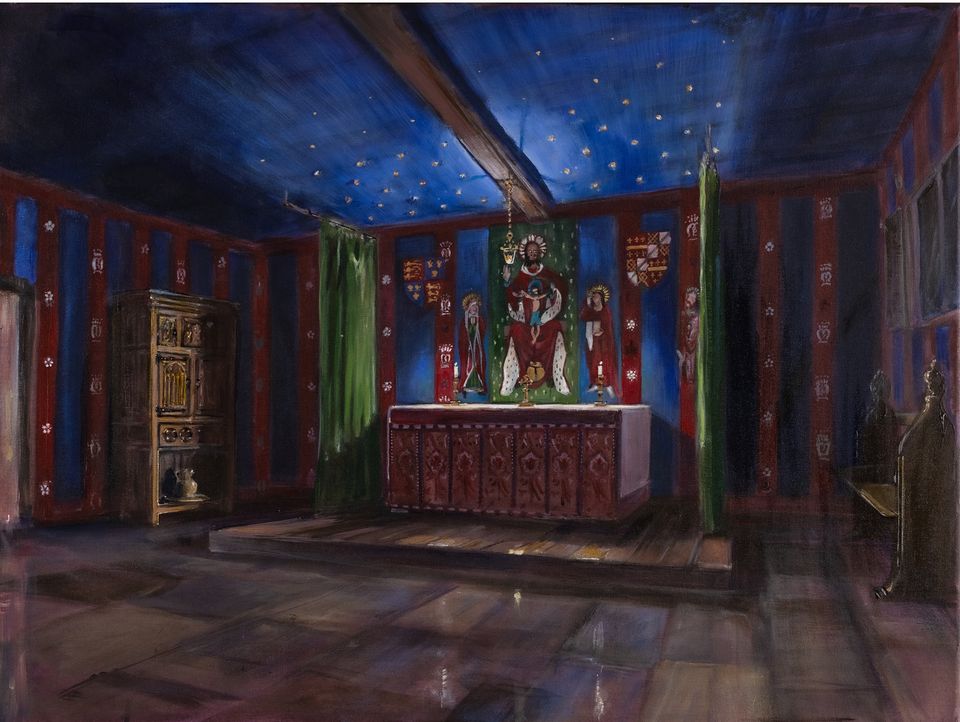 Foyle also suggests a date of 1422 for a crucifixion scene, of which one beautiful image of John the Baptist survives intact, located in a lower room which had been a chapel. Based on heraldic imagery it links the deaths in 1422 of both the Earl of Worcester, and Henry V who would become the subject of the most famous history plays. Foyle believes they were already covered by Shakespeare’s schooldays, but that he almost certainly learned of them from his father.

The research, partly funded by the Culture Recovery Fund, was based on earlier records of the paintings, and those uncovered in a 2015/16 restoration, funded by Heritage Lottery, to open the building to the public. “It also involved a lot of looking very hard indeed at these walls,” Foyle said. “The evidence was hiding in plain sight.”

The building is now open again, and displays will include his paintings recreating the brilliantly coloured 15th-century walls.

• You can find out more about Shakespeare's Room here.