Repair work on Mose is estimated to take ten years, calling the operational date of 2021 into question 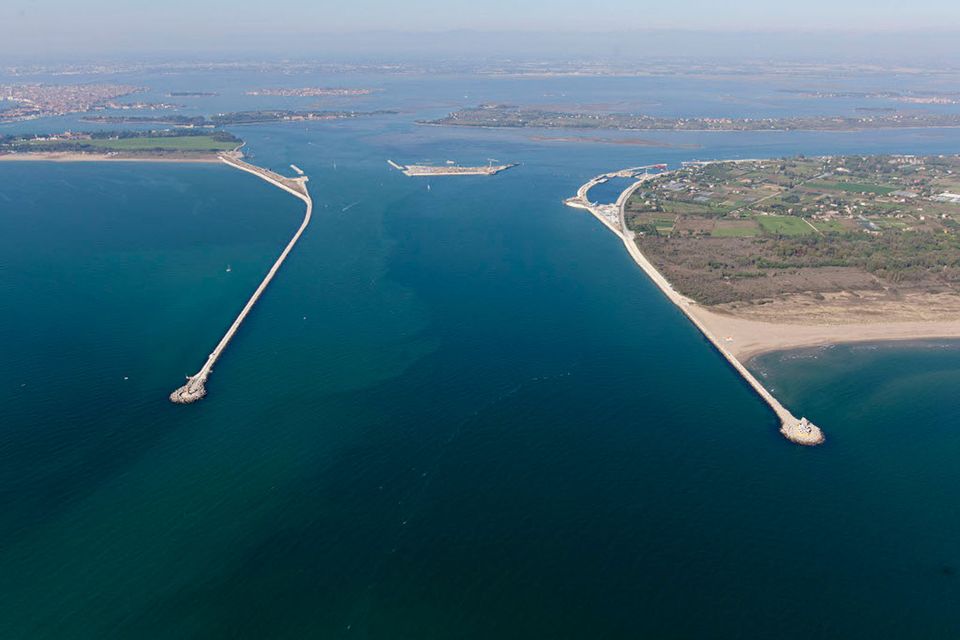 The Lido entrance, one of the three Adriatic-to-lagoon openings where the barriers are being installed cc Magistrato alle Acque di Venezia - Consorzio Venezia Nuova

The hinges of Mose, the mobile flood barriers between the Venetian lagoon and the Adriatic Sea, which were supposed have a 100-year lifespan, are rusting after less than ten years under water.

La Nuova Venezia newspaper reported on 28 June that the Consorzio Venezia Nuova—the group of companies responsible for building them—and the government-appointed supervising body, the Provveditorato, is putting work out to tender for the repair of the caissons. These 78 hollow steel gates, attached by hinges to concrete bases sunk into the bottom of the lagoon, can be raised to hold back the sea.

The Provveditorato says that they are seriously degraded due to the salty and damp conditions inside the caissons, and the inspection corridors in the concrete foundations are also leaking. Parts will have to be replaced with better materials and rust-proofing measures. The document says that the repair work is estimated to take ten years and will cost €34m. What it does not say is whether this will further postpone the date when the gates are supposed to become operational, in 2021 (initial completion date 2011), or whether the work can be done at the same time as the barriers are on stand-by to be raised.

After a lengthy, near still-stand in the work since a huge corruption scandal led to the removal of the Consorzio’s top management in 2014, the minister of infrastructure and transport Danilo Toninelli, said in June that money is available for their completion. It is now estimated that the project will take nearly €300m to complete and that it will end up costing a total of €8bn.

Other problems may well surface because of the pervasive corruption during the first ten years of the barriers’ construction, which caused the Magistrato alle Acque, the body that should have been monitoring the work and its costs, to approve everything uncritically.

The commissioners appointed by government to take the place of the Magistrato now estimate that the barriers will cost €80m a year to maintain, twice the predicted amount. Perhaps even more seriously, there is no plan as to who will be responsible for their operation and maintenance.