Too little of its art survives, but the World of the Fatimids still reveals a remarkable dynasty 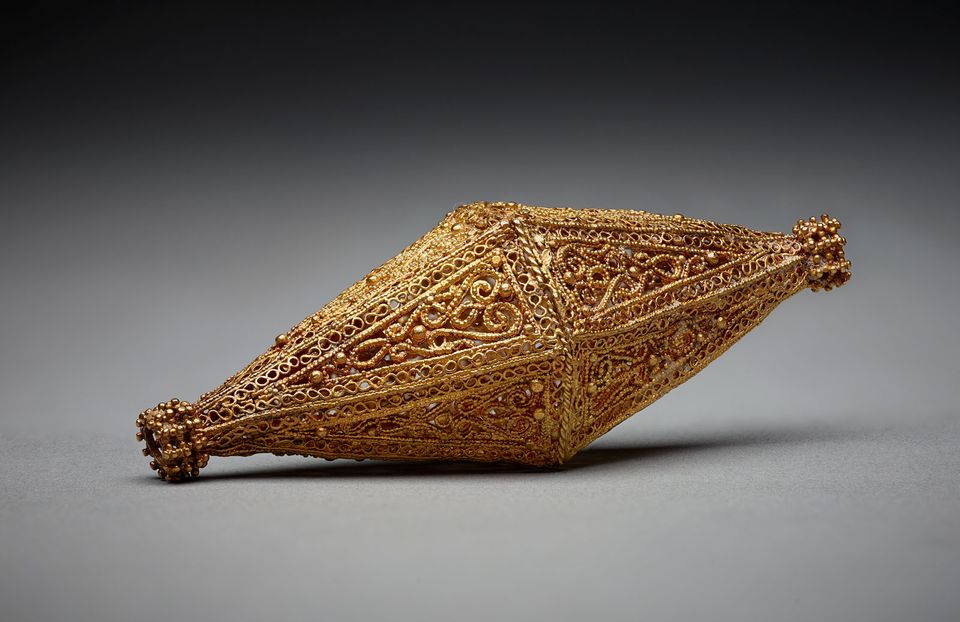 The first major international show on the Fatimid dynasty of Cairo in two decades, and the first of its kind in North America, has opened at the Aga Khan Museum in Toronto (AKM). The World of the Fatimids (until 2 July) includes 37 rare loans from Cairo’s Museum of Islamic Art, including three massive marble reliefs, thought to be part of a palace wall. The eight-foot slabs were flown into the city this month.

The exhibition aims to highlight a sense of drollery and irreverence that runs through Fatimid art, in wry expressions on people and animals from giraffes to lions on gold-painted ceramics, but also underlines how much of their legacy has been lost. “We have perhaps less than one per cent of what must have once existed in Fatimid Egypt. To describe the art and build up an exhibition of the art that survives in such modest numbers is difficult,” says the curator and writer Assadullah Souren Melikian-Chirvani.

The exhibition of 87 pieces, including loans from the David Collection, the Benaki Museum, and Kuwait’s al-Sabah collection is particularly significant for the AKM. The Fatimids followed the Ismaili creed, one of the branches of Shi’a Islam, and His Highness the Aga Khan, 49th hereditary Imam of Shia Ismaili Muslims, traces his lineage through the dynasty.

The Fatimids’ rule extended from Egypt to Algeria, Tunisia, and Sicily; they made Cairo their capital in 973 and remained until they were ousted by the forces of Salah ad-Din (Saladin) in 1171. Contemporary travellers describe Cairo and its old city of al-Fustat as a centre for carved rock-crystal and metalwork, ivory and woodcarving, in an intellectual and cultural renaissance that included founding the Al-Azhar University. But Melikian-Chirvani cites unfinished peacock carvings on the marble reliefs to suggest a moment when construction in their city was brutally interrupted.

Highlights range from oil lamps to a hawking drum to a delicately carved wooden mihrab. A gold-painted bowl shows a royal hunter with a falcon on a leather gauntlet in an elaborate riding coat with peacock roundels. The silver riches of Cairo described by contemporary travellers are represented by the only known surviving silver mirror, with a delicately hammered back. Carvings and bronzes are characterised by the beautiful Kufic script of the period.

The Victoria and Albert Museum, London, has leant a bowl showing a Coptic priest swinging a censer; paired with a photograph of a carved wood fragment of a synagogue, it emphasises religious tolerance under the Fatimids. 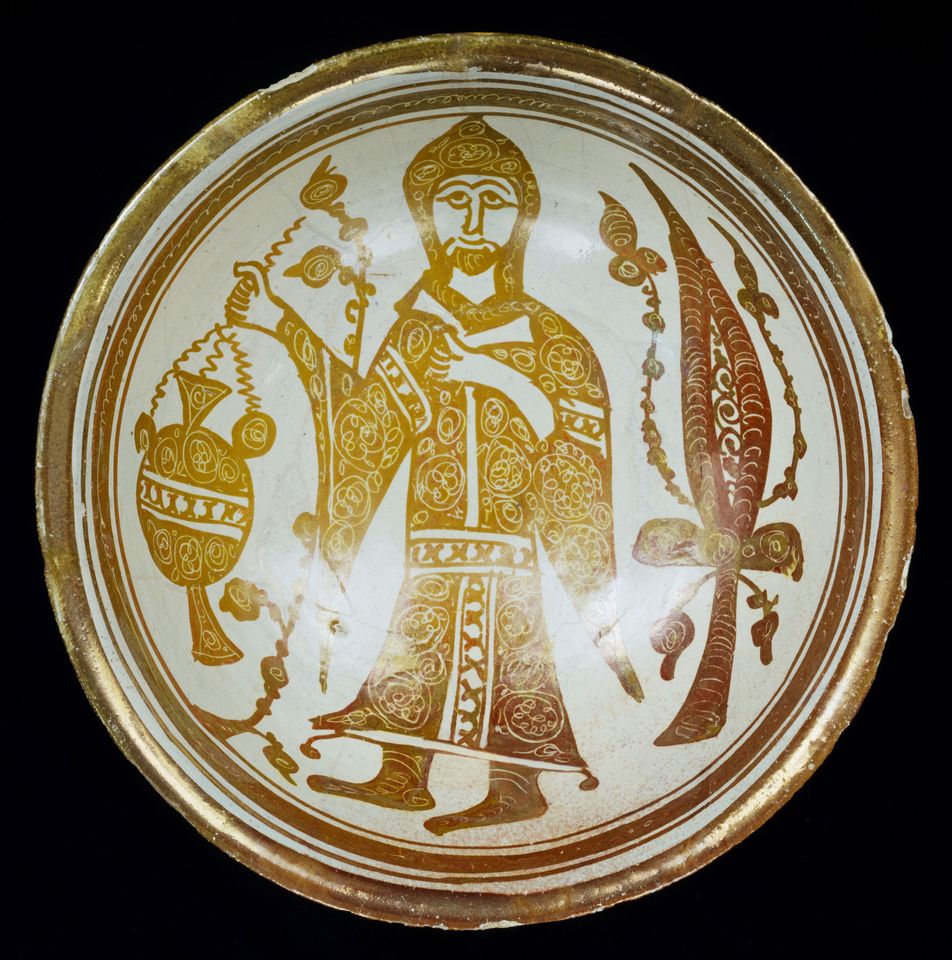 The Fatimids boasted rock-crystal specialists who would sort arriving shipments from Madascagar into the best pieces for carving. The Germanisches Nationalmuseum in Nuremberg has lent a stunning rock crystal crescent moon that probably crowned a minbar dome, later reset for use in a Christian reliquary. Fine Fatimid jewellery—at an undeniable pinnacle of artistry, showing “intricate and demanding” gold work— are separately on show in the museum’s permanent collection.