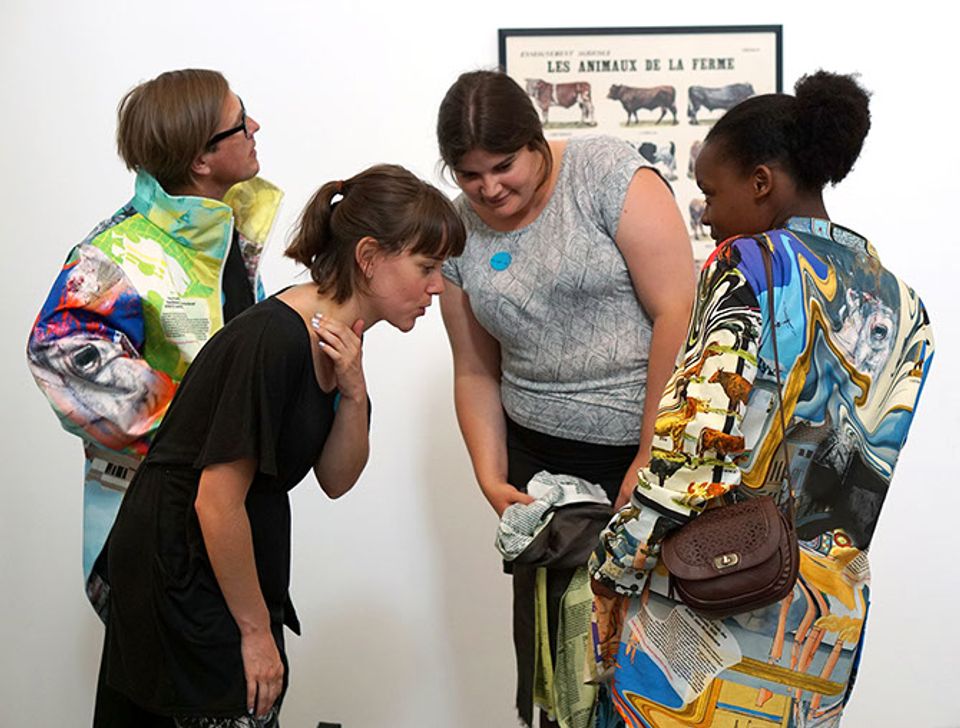 The Whitworth Art Gallery in Manchester and Van Abbemuseum in Eindhoven, the Netherlands, will share a £150,000 grant to turn their museums into engines of social change through Arte Útil, the concept of art as a tool developed by the Cuban artist Tania Bruguera. The joint project, known as The Constituent Museum, is the first recipient of a Transformative Grant from Outset Partners, a branch of the international charity Outset Contemporary Art Fund.

Evoking a growing movement to decolonise museums amid global political turmoil, the Van Abbemuseum’s director Charles Esche said: “We need help to change the way our collections look, to change our priorities,” in a presentation at London’s Royal Academy of Arts. “So you can feel agency in our institutions and not alienation.” The award from Outset will help the Van Abbemuseum, for instance, to pursue initiatives bringing a queer critical perspective to its collection displays, in dialogue with the LGBTQ community.

The Whitworth’s first initiative, starting on 15 March, invites a collective of local residents to run a year-long residency in the museum that revives the memory of The Reno, an underground soul and funk club in the Moss Side neighbourhood that was a haven for Manchester’s mixed-race community before it was demolished in the late 1980s. The collaboration aims to be a “living exhibition” using the Whitworth’s collection to tell The Reno’s story.

Both Esche and the Whitworth’s director Alistair Hudson stress that Outset’s support enables them to open the project up to members of the public, rather than leading a pre-ordained masterplan from the top. “There aren’t many funds where you can say ‘we don’t know what we’re going to do yet’,” Hudson said. “It is not for us to decide—it’s for the constituents.”

Candida Gertler, the co-founder of Outset Contemporary Art Fund and one of the ten philanthropists who currently make up Outset Partners (each member contributes £25,000 a year), says that its new five-year £1m grants cycle aims to “embolden the public sector” to pursue the social potential of art institutions. The programme will see Outset Partners provide two further Transformative Grants of £150,000 and 15 Core Grants worth £25,000 each.

The first annual funding round was a “quasi-open call”, involving all the museums, biennials and other art organisations who have previously worked with Outset’s nine international patrons’ groups—England, Scotland, Germany, Switzerland, Israel, India, Greece, the Netherlands and Estonia—as well as new institutions invited to submit a proposal.

The application process offered “an eagle-eye view” of the “tasks and challenges” facing art institutions today, Gertler says. From around 140 proposals emerged the recurring theme of “inclusion of underrepresented parts of society” and an interest in “pooling resources—to have a bigger audience but also to share costs and be more efficient”.

The Whitworth and Van Abbemuseum’s Arte Útil project stood out because it “questions whether having objects displayed is what a museum is about”, she says. “Although valid over centuries, maybe that model is not sustainable. Museums have warehouses of objects that hardly see the light of day. The idea of useful art is to use what you have and improve the way people live.”

Outset Partners has also announced the recipients of its first five £25,000 Core Grants, which are more in the tradition of previous contemporary art projects funded by Outset, Gertler says. They include the exhibition Kader Attia: The Museum of Emotion at the Hayward Gallery in London (until 6 May), a forthcoming solo show for the young Croatian artist Dora Budor at Kunsthalle Basel (24 May-11 August) and a second iteration of the Diaspora Pavilion at the Venice Biennale, organised by the International Curators Forum.

The Victoria and Albert Museum will use its grant to support the DesignLab education programme, launched in September 2017 to share objects from the collection with secondary schools nationally. Finally, a group of four UK contemporary art spaces—Chisenhale Gallery in London, Spike Island in Bristol, the Baltic Centre for Contemporary Art in Gateshead and the Whitworth—will co-commission a new film, the destructors, by the London-based artist Imran Perretta.