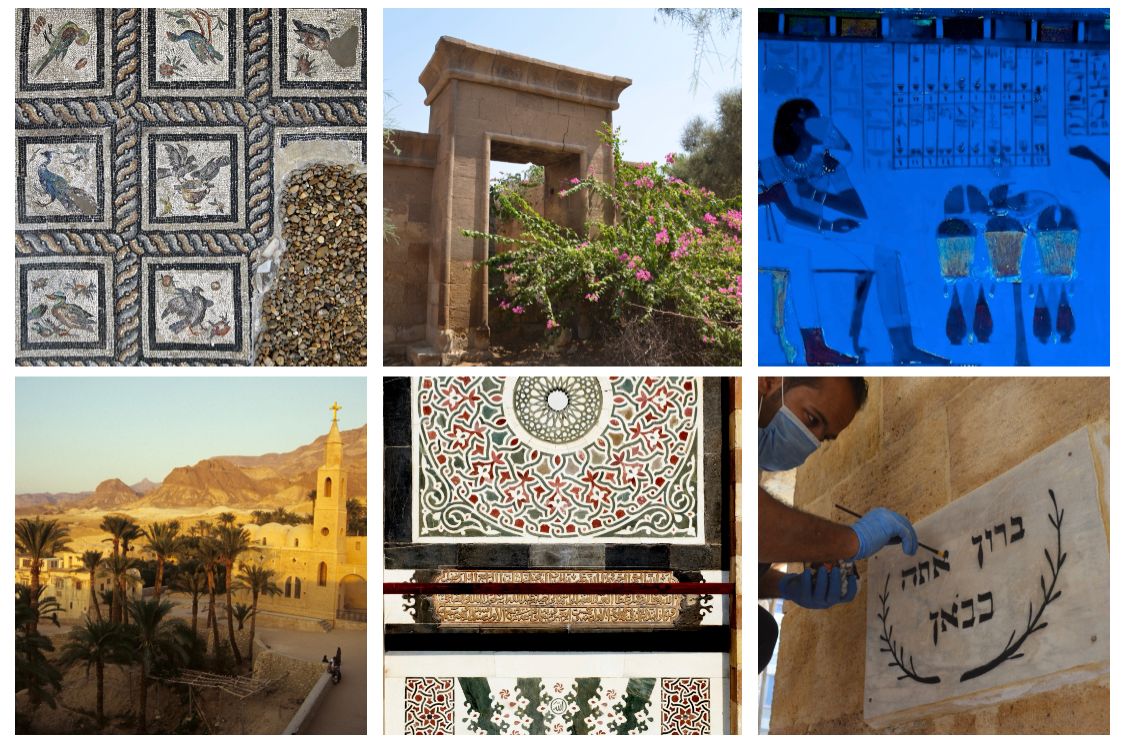 “From Pharaonic tombs, to Mamluk mosques, and from Coptic monasteries to Roman villas,” you can now take online tours of Egypt's most important archaeological sites. The Google Arts & Culture organisation has teamed up to create the digital platform Preserving Egypt’s Layered History with archaeologists at the American Research Centre in Cairo, revealing “stories of the restoration of diverse locations around Egypt”.

“With this project in particular we're hoping to bring a typically scholarly subject to the masses and make it easily digestible and fun to explore,” says a spokesman for Google Arts & Culture.

More than 35 online sections focus on topics such as the conservation of the monastery of St. Anthony, an ancient Coptic church located 334km southeast of Cairo. A slide show explains how “the church’s magnificent wall paintings had been damaged over time and thick layers of soot covered most of the surfaces from the many years when candles and oil lamps were used”. Father Maximus el-Anthony, a resident monk, led the preservation efforts.

Another section hones in on the mosque of Aslam al-Silahdar, a landmark monument located in Cairo’s historical centre which was built in 1344. “The conservation and documentation of the Aslam al-Silahdar mosque was implemented by the Aga Khan Trust for Culture in collaboration with the Egyptian Ministry of Antiquities,” says a statement listing contributors.

The death of a high-ranking official who lived 3,000 years ago called Menna is explored in How did the ancient Egyptians get to the afterlife? A text on the process of mummification explains that “in a rather complicated ceremony called the Opening of the Mouth, a priest symbolically opened [deceased] Menna’s mouth and nose so that he could eat, drink, and breathe, just like any human being”.

Meanwhile, four leading women Egyptologists “share the secrets of their field” in another part of the micro-site. Yasmin ElShazly, the deputy director for research and programmes at the American Research Centre, is asked about the dangers threatening Egyptian heritage today. “Climate change and looting,” she says. “The land of Egypt is still full of antiquities awaiting discovery, and many financially challenged families dream of finding the treasure that would reverse their fortunes.”

The project and content were overseen by Louise Bertini, the executive director of the American Research Centre in Egypt, and Chance Coughenour, the head of preservation at Google Arts & Culture. “All projects come together differently but in this instance the American Research Center in Egypt approached us to work together,” says the spokesman for Google Arts & Culture.