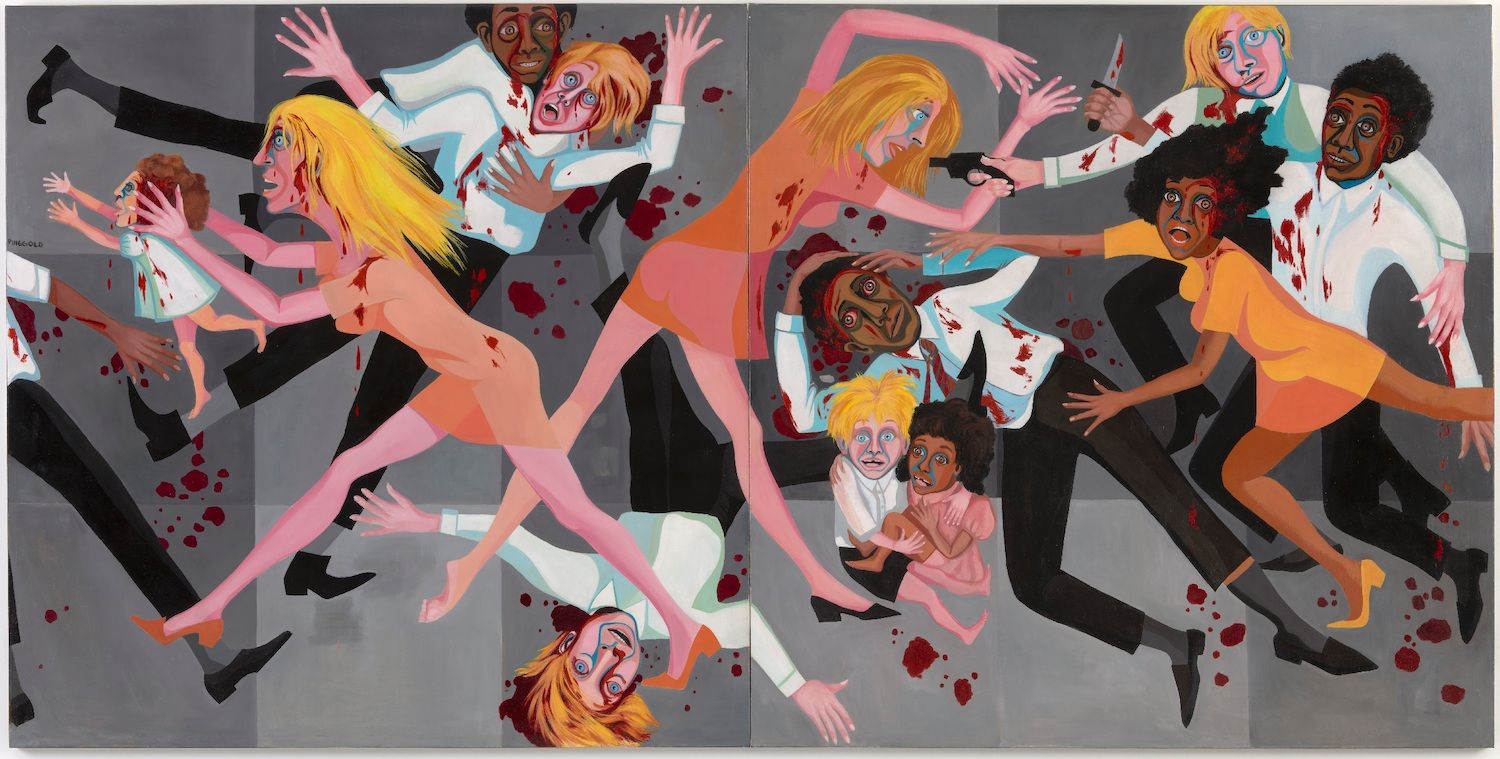 The New Museum in New York has announced that it will hold a retrospective devoted to the pioneering American artist Faith Ringgold in February next year—the first ever in her hometown of New York—titled American People (until June 2022). The exhibition spans six decades of her prolific career, from works created in response to the Civil Rights and the second-wave feminist movements, to autobiographical pieces that tell stories of the Harlem Renaissance.

The Harlem-born artist, aged 90, is known for her piecework quilts and paintings that recount Black histories and examine racial and gender hierarchies in the arts. The show includes well-known pieces like the mural American People Series #20: Die (1967)—which was recently installed alongside Pablo Picasso’s Les Demoiselles d’Avignon (1907) at the Museum of Modern Art. The work, made in 1967 amid widespread race riots in the US, depicts a blood-spattered scene, aiming to evoke Picasso’s Guernica (1937).

The show also includes lesser-known pieces like the paintings Ringgold made in the 1970s on unstretched canvas, which have ornate fabric borders inspired by Tibetan thangkas. The works laid the foundation for the celebrated story quilts Ringgold began making in the 80s and 90s that reference the quilting traditions of enslaved Africans, including her own relatives.

The exhibition features a presentation of works from a solo exhibition Ringgold had at the New Museum in 1998, titled Dancing at the Louvre: Faith Ringgold’s French Collection and Other Story Quilts. The show brought together two series of quilt paintings: The French Collection, which tells the fictional story of a Black artist in 1920s Paris, and the American Collection, in which the artist’s daughter becomes an artist in post-war America.

The retrospective follows a major presentation currently on view at the Glenstone Museum in Potomac, Maryland (until 24 October) that travelled from the Serpentine in London and marked Ringgold’s first presentation in a European institution.