New research reveals secrets beneath the surface of Picasso paintings 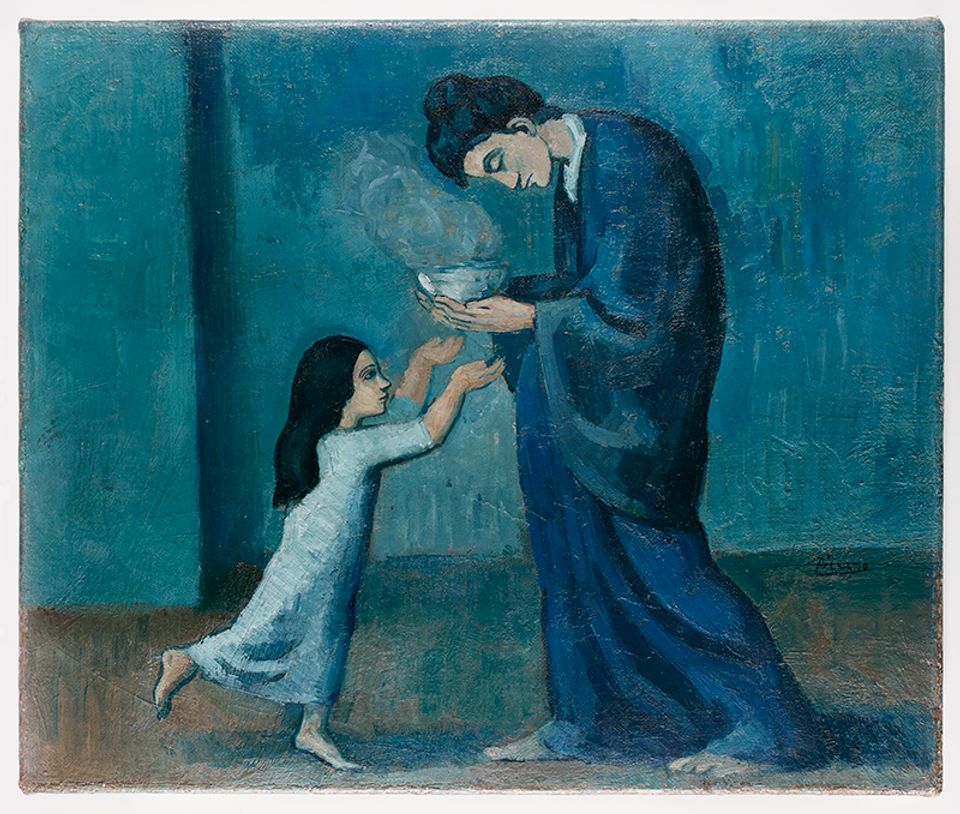 Secrets beneath the surface of two Pablo Picasso paintings in the collection of the Art Gallery of Ontario (AGO) in Toronto have been unearthed through an in-depth research project, which combined technical analysis and art historical digging to determine probable influences for the pieces and changes made by the artist. Results of the three-year study into La Soupe (1902) and La Miséreuse accroupie (1902), both from Picasso’s Blue Period (1901-04), were presented last week in Houston at the American Institute for Conservation’s annual conference. The research has also prompted a major upcoming exhibition on this era of the artist’s practice.

“With all this evidence, we’re able to unpack what happened with Picasso during those formative years,” says Kenneth Brummel, the AGO’s assistant curator of Modern art, who co-led the research project with Sandra Webster-Cook, the AGO’s senior painting conservator. The AGO teamed up with the NU-ACCESS research programme, co-directed by Marc Walton and Francesca Casadio from Northwestern University and the Art Institute of Chicago Center for Scientific Studies in the Arts, to use their portable x-ray fluorescence technology, which reveals chemical composition and distribution of pigments.

It was already known that La Miséreuse accroupie, a painting of a crouched destitute woman wrapped in a cloak, hid a landscape scene underneath, thanks to an x-ray examination of the painting in 1992. But new research by Brummel and Susan Behrends Frank, a curator at the Phillips Collection in Washington, DC, has found that this landscape might have been painted by another Barcelona artist, and represent the city’s Labyrinth Park of Horta.

Updates in technology since the earlier analysis—which Webster-Cook says include not only new equipment, but also the software to process information—also helped find an arm that was eventually covered by the cloak. “We’ve been able to tie that arm in La Miséreuse accroupie to a really important El Greco painting that was well-known in Barcelona [at the time],” Brummel says. The work, The Penitent Magdalene With the Cross (around 1585-90), was in the collection of the painter, poet and playwright Santiago Rusiñol, who influenced Picasso and was a major figure in the Catalan Modernisme movement, and is held at the Cau Ferrat museum in Sitges, formerly his home. 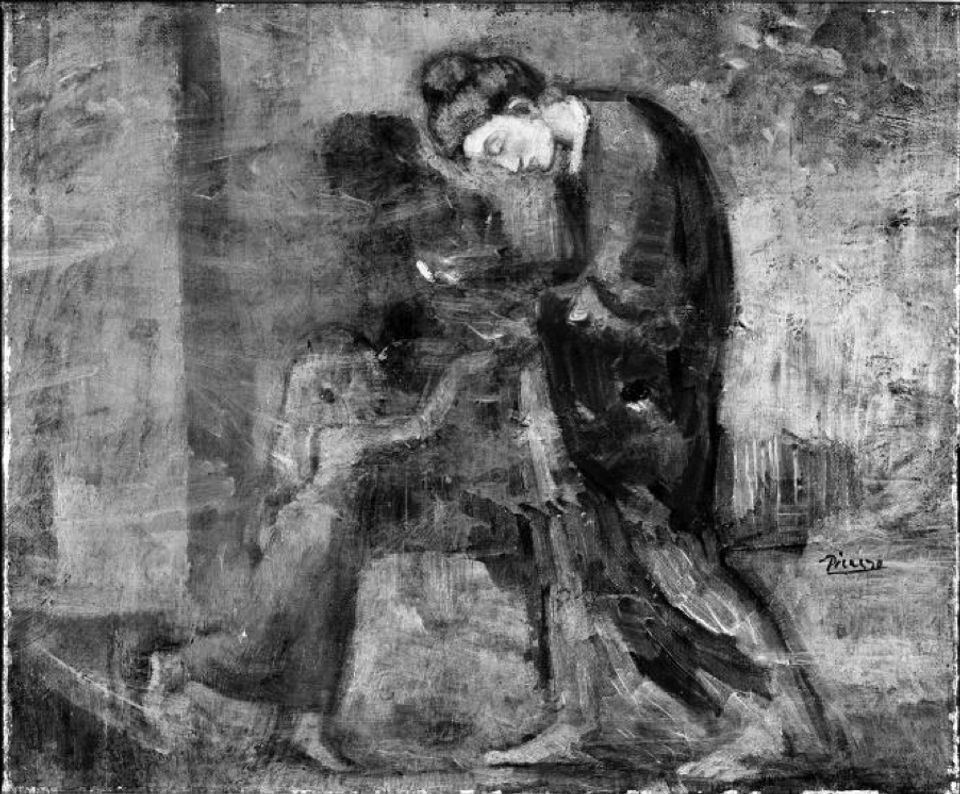 Upon close examination, the naked eye can see that Picasso had changed the composition of La Soupe, a work in which a child reaches up for a bowl of soup held by her mother. But “it was surprising to find the outline of another figure between the mother and child” during the technical analysis, Webster-Cook says, adding that the discovery “was particularly rich because of what [Brummel] brought to the investigation in terms of related drawings”.

Brummel linked this newly-uncovered figure to a drawing that was reproduced in a Barcelona newspaper in October 1902, which indicates that La Soupe likely dates to late 1902 or early 1903, ushering in a second “Barcelona phase” of the Blue Period. This “gives us a better sense of how La Soupe relates to other paintings and drawings in the Blue Period”, Brummel says.

The AGO has teamed up with the Phillips Collection for an upcoming exhibition on the Blue Period, due to be held at the institutions in 2020-21, which will be the first ever show in Canada on this phase of Picasso’s work and draws on recent technological studies. “I think the popular conception of the Blue Period is it is that it was monolithic and what [Webster-Cook] and her colleagues have been able to uncover is that no, actually it was not,” Brummel says.

The show will revolve around three works, each of which “represents a stage in the Blue Period”, Brummel explains: The Blue Room (1901) at the Phillips Collection, whose study by the museum, which discovered a portrait of a man hidden beneath a female nude, inspired the AGO’s research, for the Paris phase; La Miséreuse accroupie for the first Barcelona phase; and La Soupe for the second Barcelona phase. Drawings, paintings and sculptures by Picasso, as well as works by other artists that inspired the Spanish Modernist, will also be shown.

“At the Art Gallery of Ontario, we’re really excited to bring technical art history into an exhibition,” says Brummel, “but also shed new light on masterworks in our collection”.