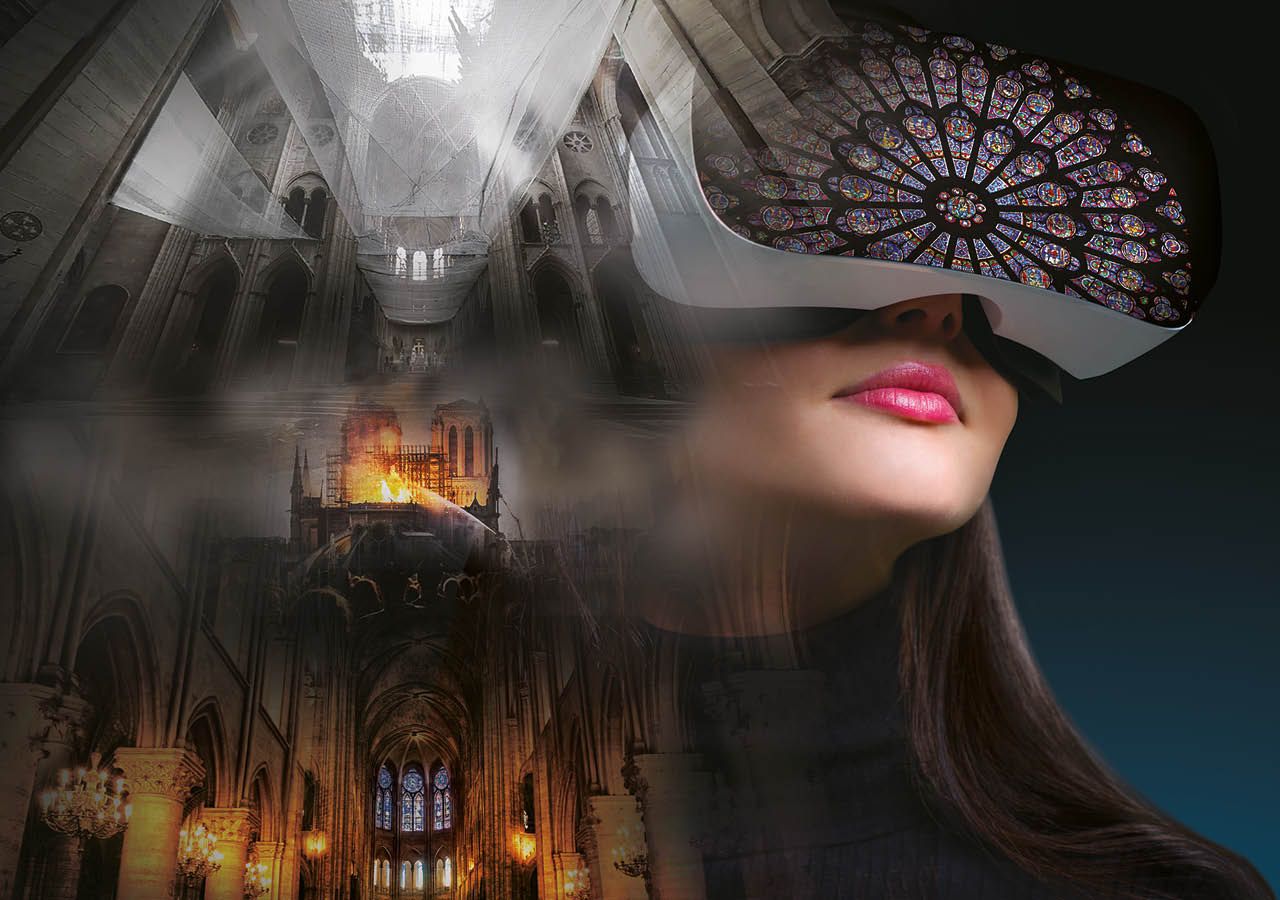 Since opening in July, the Notre Dame VR experience has had 10,000 visitors Courtesy of FlyView Paris

A new virtual reality (VR) experience about the Notre Dame cathedral in Paris takes visitors into the cathedral both before and after the April 2019 fire.

Titled Rebuilding Notre-Dame, the 360 degree film was made by Chloé Rochereuil and Victor Agulhon, the founders of Targo—an “immersive” media company. They sold the video to FlyView, a company that offers virtual experiences of Paris. This is the third VR experience offered by FlyView, which is based near the opera house Palais Garnier, following two on “hidden places” and bird's-eye views.

Rebuilding Notre-Dame begins by recounting the history of the gothic cathedral with close-ups of its gargoyles, bells and sacristy alongside the rector Patrick Chauvet talking about his sense of vocation. This footage was made three months prior to the fire for a Targo documentary on Chauvet.

The ensuing scenes include drone images of the cathedral's blazing fire, of crowds of shocked onlookers and of firemen struggling to extinguish the flames, followed by interviews with Chauvet, General Jean-Louis Georgelin, who is charge of the cathedral's reconstruction, and Paris's mayor Anne Hidalgo. One of the most insightful parts shows the elaborate scaffolding and the interior building site covered in plastic sheeting, which was filmed last December.

“After the Notre-Dame fire, they [Rochereuil and Agulhon] realised that there was a whole different story to tell [following their documentary on Chauvet]: Notre-Dame before and after the fire,” Arnaud Houette, FlyView's director, tells The Art Newspaper. “We want people to have the impression of being inside Notre Dame and feel the strong emotion everyone felt last year.”

The drone imagery of the fire was captured by the city of Paris, Houette adds, while the rest of the drone and 360 degree imagery was filmed by Targo.

Since Rebuilding Notre-Dame was launched in July, FlyView has had more than 10,000 visitors; the goal is to reach 100,000. An undisclosed portion of the proceeds from ticket sales may go towards Notre Dame's reconstruction, Houette says.

FlyView is planning to make similar VR experiences on museums and other historical sites. “We've been contacted by other sites that are very interested in increasing the experience of their visitors as these VR experiences could offer something complementary,” Houette says.