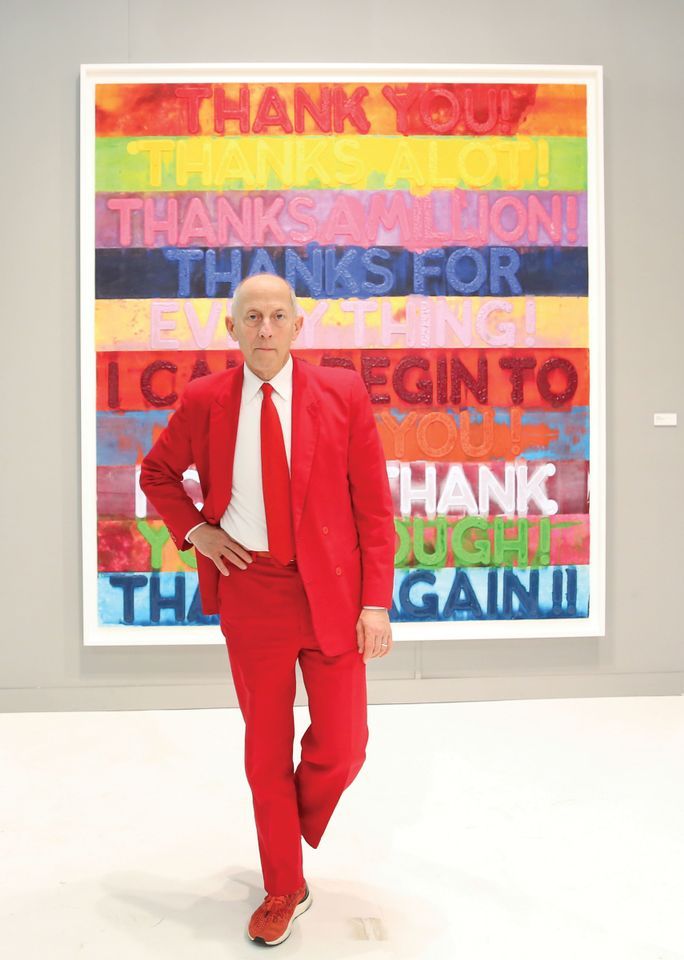 The New York Supreme Court has dismissed a case against Knight Landesman, the former publisher of Artforum magazine who had been accused of sexually harassing one-time employee Amanda Schmitt, as well as several other women.

Schmitt, a New York-based curator who started working at Artforum in 2009 when she was 21, filed the complaint in October 2017. She alleged Landesman harassed her “through unwelcome physical contact and repulsive written and oral demands for intimacy” while she worked at the magazine and for several years after she left in August 2012.

The legal complaint also included claims from nine other women who told Schmitt of similar experiences. “At his Artforum office and at art industry events, Landesman groped young women, made vulgar sexual remarks to them, and insisted that they accept his disgusting overtures if they wanted his assistance to thrive in the art world,” the court papers said.

Landesman, who served at Artforum for 35 years and was a high-profile figure on the international art circuit, resigned hours after the lawsuit was filed. The case, which came just weeks after allegations of sexual predations surfaced against the Hollywood film producer Harvey Weinstein, became a catalyst for the #MeToo movement in the art world.

Dismissing the case against both Landesman and Artforum on 20 December, Judge Frank P. Nervo said that the lawsuit had partially failed to meet the requirements for causes of action.

As the three-year statute of limitations had expired, Schmitt had been unable to sue for workplace sexual misconduct. Instead, she brought a retaliation claim against Landesman that alleged he had confronted her at a restaurant in May 2017 and “slandered and humiliated” in front of others, saying that she had “unfairly accused him of sexual harassment”.

However, Judge Nervo said that the five-year gap between Schmitt’s employment at Artforum and the encounter at the restaurant “is sufficient to eliminate any nexus between her employment and the alleged acts”. Finding no case for slander, the judge added: “[Landesman’s] words were spoken in a purely social setting. Nor can it be said that [his] words were improper”. The judge also dismissed related claims of gross negligence and defamation.

According to the New York Times, Schmitt’s lawyer, Emily Reisbaum, said her team is considering an appeal.

In a statement after the ruling, Artforum said: “Despite the fact that the lawsuit has been dismissed, we remain firm in our commitment to create a safe and equitable workplace for our employees and associates.”

Artforum sought to distance itself from Landesman after the case was filed. In February 2018, Artforum released a statement after growing calls for advertisers and readers to boycott the magazine until Landesman is “fully removed” and the publication retracts its motion to dismiss Schmitt’s lawsuit.

The magazine’s statement said at the time that Landesman “has received no remuneration as a consequence of his shareholdings and retains no voting rights or influence over the company”, and, although “there are no legal means by which Artforum can simply divest him of his shares”, the company is currently trying to recover them.

According to Artnews, which first broke the news of the court's dismissal of the case, Charles Guarino, the co-publisher of Artforum, said the firm “is still seeking to divest Landesman of his stake in the company”.