Investigators found thousands of fakes, as well as tools and materials used to make them seem ancient, in rooms near Sadigh Gallery’s Fifth Avenue showroom 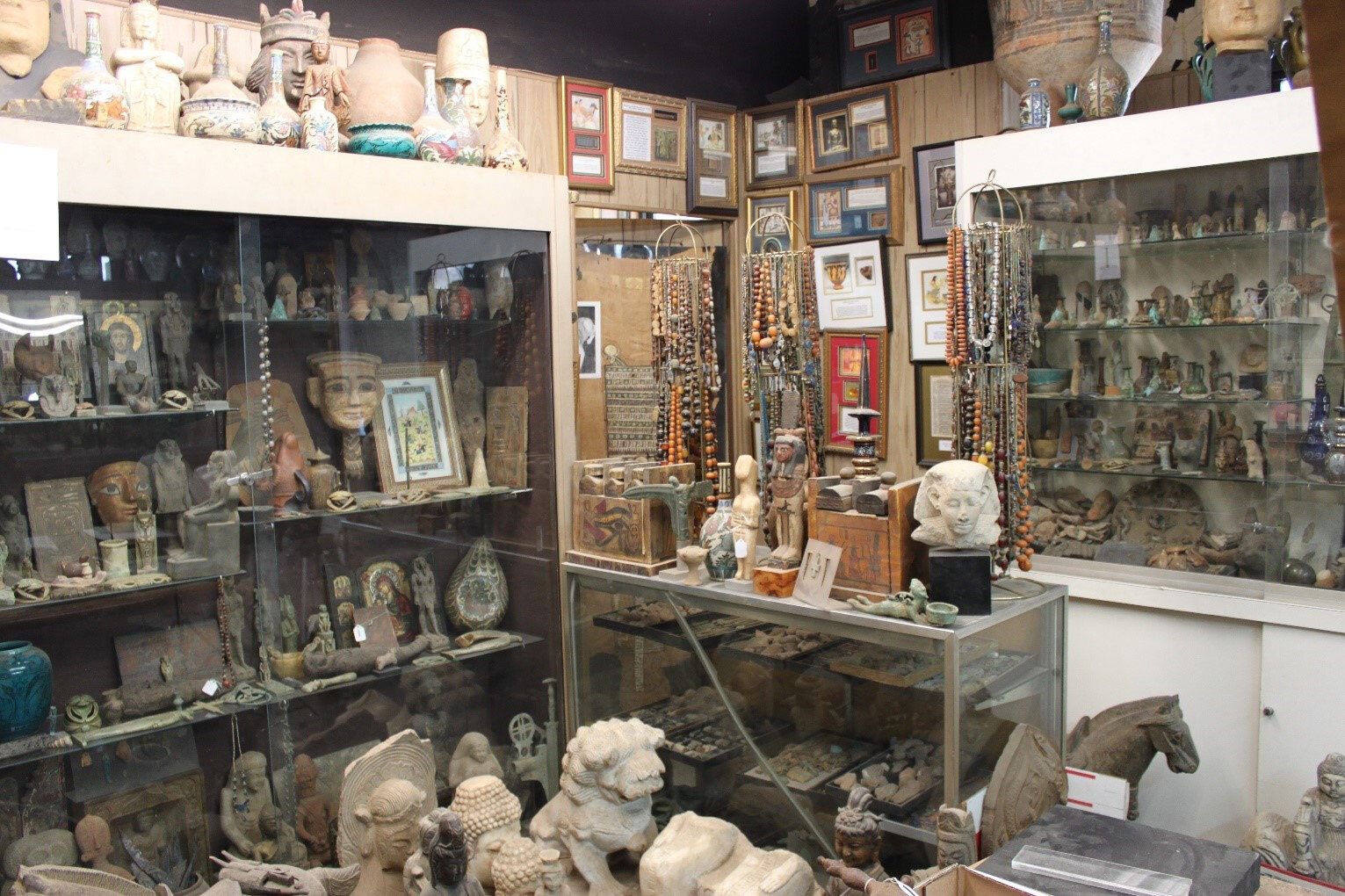 Mehrdad Sadigh, a New York antiquities dealer and owner of Sadigh Gallery, is facing charges stemming from what the Manhattan District Attorney describes as a decades-long scheme to pass off fake artefacts as ancient treasures to unsuspecting customers. According to The New York Times, the dealer was arrested this month for allegedly fabricating thousands of objects in a network of offices next to his Fifth Avenue showroom, where he then sold them to collectors as genuine items of antiquity. Sadigh has pleaded not guilty to charges of scheming to defraud, grand larceny, criminal possession of a forged instrument, forgery and criminal simulation.

“For many years, this fake antiquities mill based in midtown Manhattan promised customers rare treasures from the ancient world and instead sold them pieces manufactured on-site in cookie-cutter fashion,” says Manhattan district attorney, Cyrus Vance Jr in a statement quoted by the New York Times. Prosecutors say that, based on the number of items seized from his gallery and the dealer’s “substantial financial gains”, Sadigh may be among the biggest seller of falsified antiquities in the country. Authorities were tipped off to Sadigh's enterprise when other dealers they were investigating for selling looted antiquities asked why “the guy selling all the fakes” was being ignored, Matthews Bogdanos, the head of the DA's Antiquities Trafficking Unit, told the Times.

The dealer’s scheme was unravelled, according to authorities, when two undercover federal investigators paid $4,000 each for a gold pendant depicting the death mask of Tutankhamen and a marble portrait head of an ancient Roman woman. Following the sales, members of the DA’s office and Homeland Security Investigations visited the gallery and found hundreds of fake artefacts displayed on shelves and inside glass cases. Thousands more were discovered in rooms nearby. Investigators also found a number of tools such as varnish, sanders, spray paint, and earthy materials designed to add signs of age and distress, making otherwise brand new, mass-produced items appear ancient.

The gallery first opened as a small mail-order company in 1978, and according to their website, they moved into their Fifth Avenue location in 1982. Questions surrounding the legitimacy of their items also surfaced in 2019, when the Herbert Hoover Presidential Library and Museum cancelled an exhibition related to the Rosetta Stone after an art history professor and his graduate assistant sounded the alarms, noting that ​​90 items in the exhibit were “either definite or very likely fakes”, many if not all of which were sourced from Sadigh Gallery. After spotting several questionable seals on the objects that raised red flags, University of Iowa professor Bjorn Anderson and his graduate assistant Erin Daly perused Sadigh Gallery’s website, wondering how the dealer could possibly offer “11 copies of the same statue for sale”, according to the West Branch Times. He also noted that statues of the same exact shape could be purchased in different patinas including blue, green, and gold. “I don’t know anything about this,” Sadigh told the paper in response.