Design envisages over 70,000 sq. ft of space for classrooms, collection study areas and the fledgling museum, as well as underground library storage 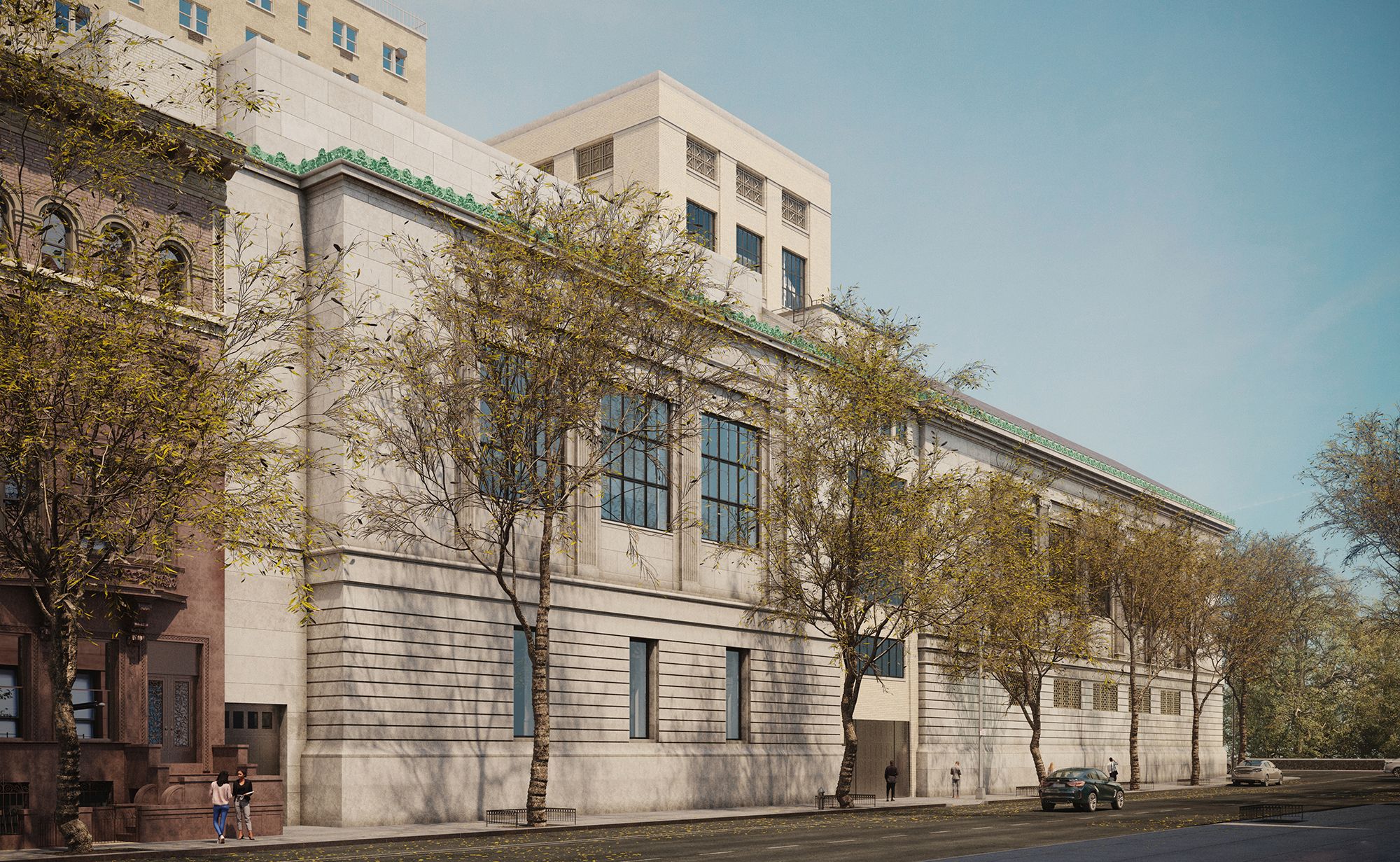 The New-York Historical Society (NYHS) announced plans today for a $140m expansion of its building on Central Park West to accommodate additional programming, underground library storage and a home for a planned American LGBTQ+ Museum.

The decorous four-storey project, designed by Robert A.M. Stern Architects, will add more than 70,000 sq. ft of programming space to the institution’s classical landmark structure, which was built in 1908 and added two wings three decades later. The addition will rise on an adjacent lot on West 76th Street that the institution acquired in 1937, and completion is projected in 2024.

The American LGBTQ+ Museum will occupy the entirety of the new structure’s top floor, encompassing two galleries, access to the roof garden and areas for offices and storage. Devoted to investigating and celebrating the histories and cultures of lesbian, gay, bisexual, transgender and queer people, the museum has been in the planning stages since 2017. Its LGBTQ organisers began brainstorming with the NYHS on a potential space in 2019 and received a charter from the New York State Board of Regents the same year.

“We look forward to bringing a dynamic new museum to life within this cherished, deeply respected and growing New York City landmark,” Richard Burns, the board chairman of the fledgling museum, said in a statement. He said that planners were committed to “building a thoughtful, welcoming, queer and inclusive experience” for visitors.

So far, the New York City Department of Cultural Affairs has contributed $46.4m to the expansion project in partnership with the City Council, including $35m that was announced this week, the society says.

Negotiating an expansion in proximity to this hallowed stretch of Central Park West can be tricky. In 2007, the NYHS met with fierce local objections when it proposed building a 23-storey luxury condominium tower and five-storey annex on the adjacent lot and ultimately abandoned the project, opting instead for an ambitious $70m renovation completed in 2011. Today it emphasised that the city’s Landmarks Preservation Commission had unanimously approved Stern’s cautious design while lauding its “respect for the past” and efforts by the NYHS to solicit community input.

The addition will provide the institution with more classrooms, galleries and collection study areas as well as a compact cutting-edge storage facility for the institution’s renowned library of materials relating to New York’s history. The new classrooms will serve sixth graders involved in the society's Academy for American Democracy program, which seeks to transform the way history and civics are taught in middle school. The added galleries and collection study areas will be a resource for graduate students in the NYHS’s master of arts in museum studies programme.

The NYHS's capacious library comprises hundreds of thousands of items including documents related to the nation’s founding, books and newspapers, maps, sheet music and restaurant menus. Because its two original storage stacks are antiquated, the majority of the collection has been moved offsite for its protection, the institution says. The new space will allow many of those materials to return and is underwritten by a $7.5m gift from Patricia Klingenstein, the NYHS trustee for whom the library is named, and her family.

The institution says the first phase of construction will begin in 2022 and focus on the underground library stacks.