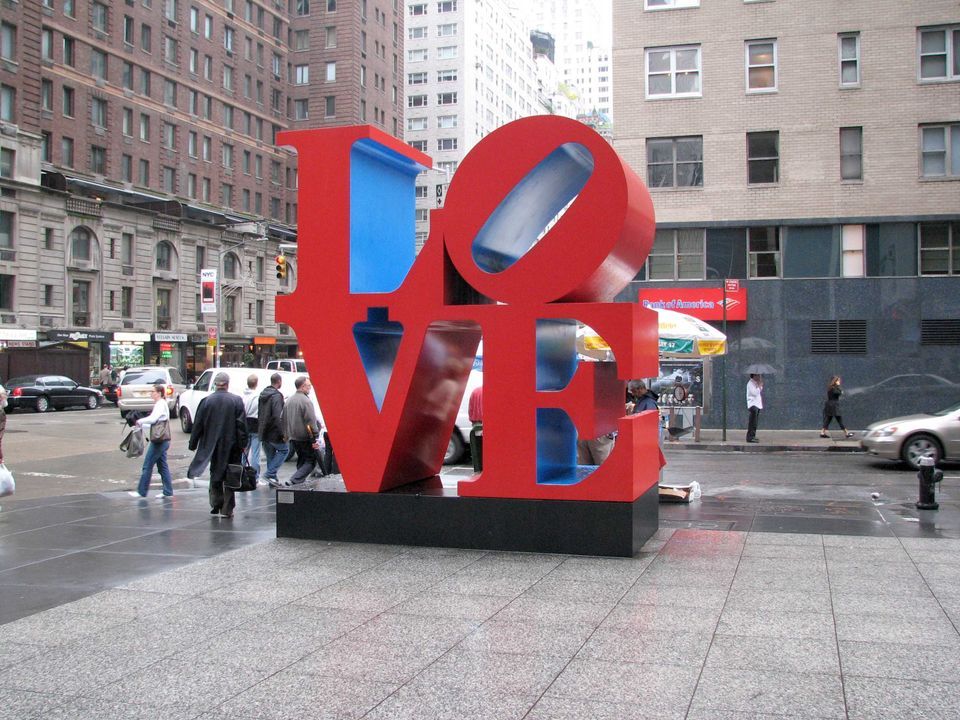 LOVE sculpture by Robert Indiana, on the corner of 6th Avenue and 55th Street in New York.

A New York judge has further dismissed four claims made by Robert Indiana’s estate against the Morgan Art Foundation (MAF), the late artist’s long-time representative. The order tosses out most of the case brought by James W. Brannan, the estate’s personal representative, in what has been an acrimonious battle over the rights to Indiana’s works, including his iconic LOVE and HOPE sculptures, that has raged since the artist's death in 2018.

According to papers filed yesterday in a Southern District of New York court, Brannan’s counterclaims that the MAF’s rights to reproduce Indiana’s work terminated after the artist’s death were largely dismissed. The remaining counterclaims that the Morgan failed to pay Indiana or his estate royalties on donations or loans of the artist’s work to museums or galleries, catalogue raisonné preparation or the operation of the robertindiana.com website were also dismissed.

In her ruling, US Magistrate Judge Barbara Moses said that to "allow the estate to deny the continuing validity of the same contracts that it has affirmed and upon which it sues” would provide an “unfair advantage” to the estate and impose a corresponding “unfair detriment” on the foundation.

“This is a significant victory for Morgan Art Foundation. The court dismissed nearly all of the Estate’s case, including the most important legal theories it has been relying upon. And the very narrow areas the court allowed to proceed raise factual issues on which we have clear evidence to disprove the Estate’s allegations,” says the foundation’s lawyer, Luke Nikas of Quinn Emanuel. “This is yet another major leap forward toward protecting Indiana’s legacy and shutting down the gross mismanagement of the Estate.”

The judge did not dismiss the estate’s counterclaim that the Morgan’s adviser, Simon Salama-Caro, is liable to pay accounts and royalties also made in connection with purchases, sales or transfers of works produced pursuant to the Morgan’s agreements; this claim will be heard separately.

Jessie F. Beeber of Venable LLP, which represents Brannan, says that the subsequent review of Salama-Caro's "self-dealing" will be a "significant benefit" to the estate of the artist and to "the legacy of one of the most important artists in history".

The decision made yesterday follows a similar ruling made last July in which the estate’s counterclaims of non-payment of royalties and unauthorised reproductions made by the MAF were dismissed. The estate had filed the claims in response to the 2018 case brought by the MAF against Michael McKenzie, the founder of the publishing firm American Image Art and Indiana’s caretaker, Jamie Thomas, alleging that conspired to exploit the increasingly infirm artist by fraudulently selling unauthorised works attributed to him.

Thomas is named as part of a second pending action filed last August in which he is accused of stealing more than $1m and 100 works of art from the late artist, also brought by Brannan.

This article has been updated to include a statement from Brannan's legal representation.