On the 100th anniversary of his birth, the late artist’s foundation has also undertaken the conservation of his hospital triptych Presence, Healing Circles

The Whitney Museum is celebrating the 100th anniversary of the birth of the American painter Richard Pousette-Dart (1916-1992) with an evening symposium on his legacy. Among the speakers are the painter Christopher Wool, who studied under Pousette-Dart as an undergraduate at Sarah Lawrence College, Adam Weinberg, the Whitney’s director, Jennifer Powell, a senior curator at Kettle's Yard in Cambridge and Patti Trimble, a former studio assistant of the artist’s. The talk takes places on 29 September.

The event will open with a short film that documents the cleaning and conservation of Pousette-Dart’s triptych Presence, Healing Circles (1973-74), which was undertaken by the artist’s foundation this past summer. The painting was originally commissioned for the North Central Bronx Hospital by the New York City Health and Hospitals Corporation, which operates the city’s public medical centres. 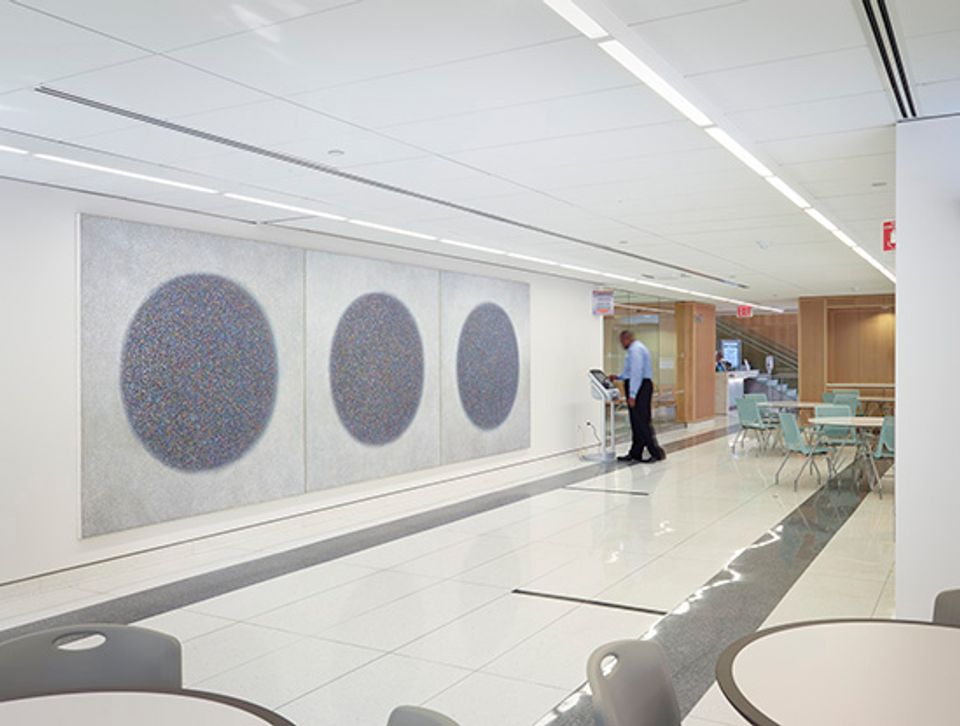 Thomas Messer, then the director of the Guggenheim Museum in New York, sat on the corporation’s art advisory board and approached Pousette-Dart with the project. The artist originally made two works for the hospital and allowed administrators to choose which they wanted. (The other painting, titled Radiance, is now in a private collection.) Presence, Healing Circles was then on show in the Bronx hospital lobby for more than 40 years, across the way from a work by Helen Frankenthaler. Since the conservation project, it has been installed at the Gouverneur Healthcare centre in lower Manhattan. 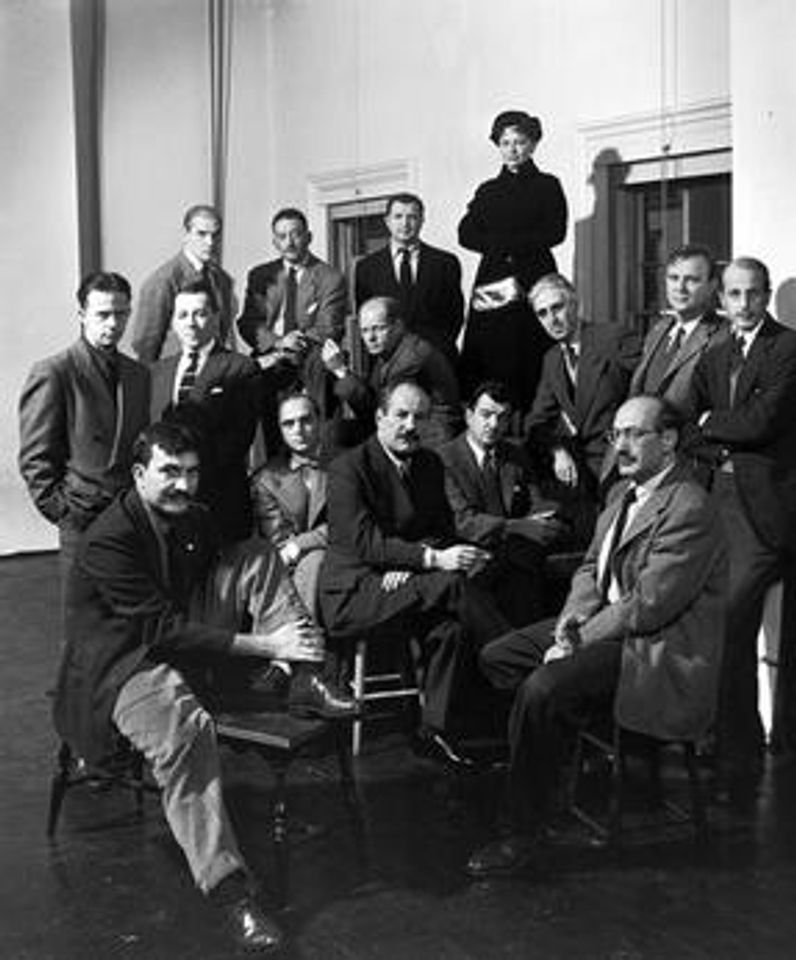 Nina Leen’s photograph of he “Irascibles” for Life magazine, 24 November 1950. Pousette-Dart is in the middle row, at far left, with his hand in his pocket

Although Pousette-Dart was a member of the Abstract Expressionist circle—he was pictured in the famous “Irascibles” photograph with artists like Jackson Pollock and Barnett Newman, which was published by Life magazine in 1950, and his work is included in the Royal Academy’s Abstract Expressionist exhibition (until 2 January 2017)—his painting also moved in different directions. “Being younger than most of the prominent names, and being rather precocious, his career spanned from conversations about symbolic imagery in the 1930s to teaching Ai Weiwei in the 1980s,” says Charles Duncan, the executive direction of the Richard Pousette-Dart Foundation. The artist “does not fit into an easy category, although he was always interested in the aesthetic and spiritual possibilities of organic and geometric shapes and how they could come together in a wide variety” of media.