Armory Show shifts venues, causing the cancellation of Volta and the emergency launch of Plan B, revealing the stakes for commercial art platforms are rising 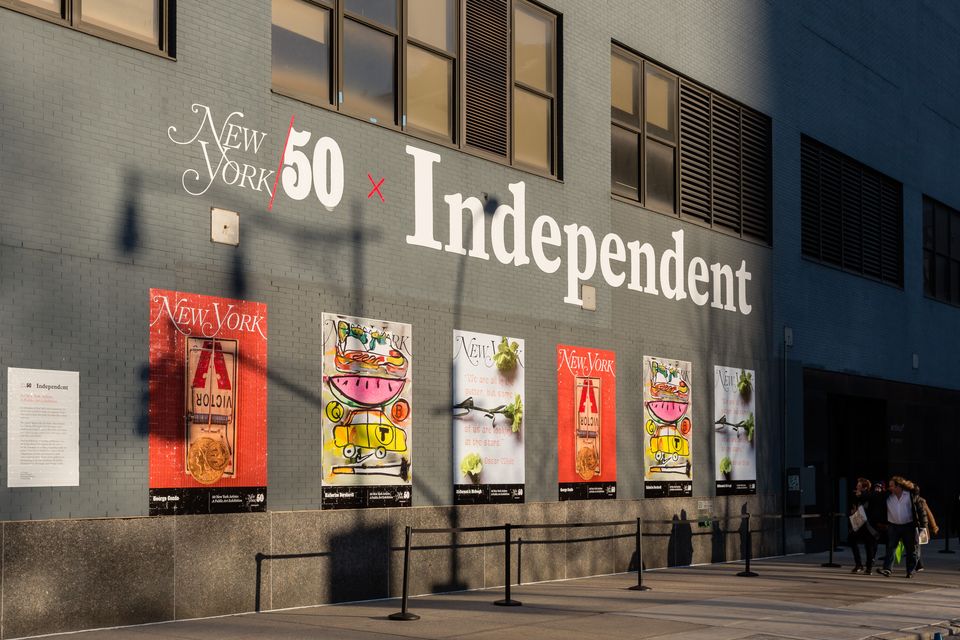 Tremors have rippled through New York’s spring art fair landscape more than once, due in no small part to the city’s mutable real estate market. Yet the lead up to this year’s Armory Week (4-10 March) has proven seismic with the relocation of one fair, the cancellation of another and the creation of a whole new event in its place. These shake ups, however, have left some questioning whether New York offers the best terrain for an art fair at all.

Just days before its 25th edition was set to open at Piers 92 and 94 on Manhattan’s West Side, the esteemed Armory Show found itself abruptly displaced from part of its venue when Pier 92 was deemed structurally unsafe for visitors. The cancellation of Volta, its neighbouring sister fair in Pier 90, in order to house a third of the Armory’s displaced exhibitors proved a violent aftershock.

The fairs’ organisers were quick to triage the damage. “The past week has been challenging but with the support of our whole team, our galleries, sponsors and other partners, we were able to quickly identify a solution and were able to move all our affected exhibitors with as little disruption as possible”, the director of the Armory Show, Nicole Berry, says. “We owe it to our exhibitors and visitors to produce the brilliant fair we have been working all year to create, and will continue to remain committed to excellence.”

Disruption, however, was hard to avoid. Though technically reimbursed for booth fees, a tidal wave of losses still ensued after the shakeup for Volta’s 78 participants, many of who were unable to adjust flights or cancel shipments of works of art already en route. Some contacted Vornado, the real estate trust that owns both Armory and Volta, demanding an alternative exhibition space.

Emergency aid arrived at the end of last week via mega-dealer David Zwirner and collector Peter Hort, who swept in like a FEMA crew with their brand new pop-up art fair for the displaced dealers, Plan B. Featuring around 30 galleries and hosted in Zwirner’s Chelsea gallery and another space nearby lent by an anonymous benefactor, the event is free to the public from 6-10 March and is funded in part by Volta.

“We are supporting this initiative because we believe in facilitating the production of the lemonade out of these lemons,” Amanda Coulson, the director of Volta, said in a statement announcing the pop-up, adding that she did not want this to be a “sob story but a story of a community coming together”. 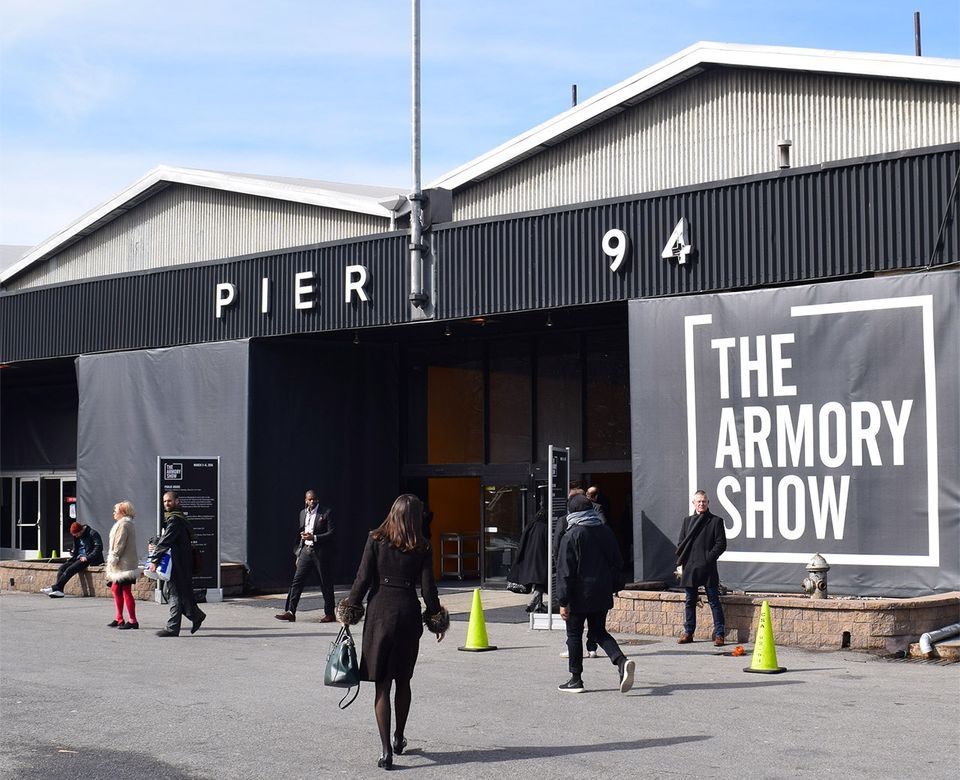 The Armory Show had to move one third of its exhibitors to Pier 90 after its Pier 92 was deemed unsafe; exhibitors in Pier 94 will not be affected, though 78 Volta exhibitors were left without a place to go when the fair was cancelled. Courtesy of the Armory Show.

It is a heartening tale of group resilience in the face of seeming chaos, to be sure. Yet it is worth remembering that Volta is not the only cancelled fair in New York this March—and that points to a larger fault line, one that is causing many to question the feasibility of the continued fair terrain in New York.

The New Art Dealers Alliance (NADA) announced last fall that it would discontinue its New York edition, which ran concurrent to Armory Week, after six years (its Miami edition, however, continues). Considered a valuable stepping stone to larger fairs like the Armory Show and Frieze New York for younger galleries, its venue in West Soho was swept out from under its feet after just one year there due to an unexpectedly rapid redevelopment of the building.

“The real estate situation here is absolutely insane. If this city wants to maintain culture, they need to address this problem soon,” says Heather Hubbs, NADA’s executive director, adding that the team had spent ten months searching in Manhattan, Brooklyn and Queens to source a viable yet affordable building.

Emanuel Aguilar, co-founder of the Chicago-based gallery Patron and who has participated in NADA's fairs previously, says the overhead of fairs—especially ones in astronomically expensive cities like New York—has proven a financial hurdle in years past. “I don't know if New York is the place for an art fair—why would you even pay that [kind of money] to go to one when the galleries are free and just down the street. We were about to apply to a New York fair this year and we just did not feel excited about it,” he says. Instead, Aguilar “crunched some numbers” and found that it cost a third of the price of exhibiting at a fair in the city then just renting a small space and putting on his own short-term show during Armory Week. The gallery will independently show works by Greg Breda and Myra Greene from 7-10 March in a storefront at 213 Bowery on the city’s Lower East Side.

“Honestly, I think New York is shooting itself in the foot by not putting its energy into its greatest art resource: its galleries,” he says, adding that seeing the city’s galleries is one of the few appeals of attending or showing with a fair in New York.

Aguilar is not alone in thinking that scaling back on fairs is a good idea—even fair directors are advocating for the brick-and-mortar galleries. Rather than sink more time and resources into finding a new space for a New York fair, NADA is introducing its Gallery Open (4-10 March), a new initiative designed to bring attention back to the city’s galleries and non-profit art spaces, what Hubbs refers to as “year-round incubators of culture”. The organisation launched a similar endeavour, a Lower East Side gallery walk, last year during Armory Week. “This city is unique because you can actually walk around and hit a lot of galleries at once,” Hubbs says. 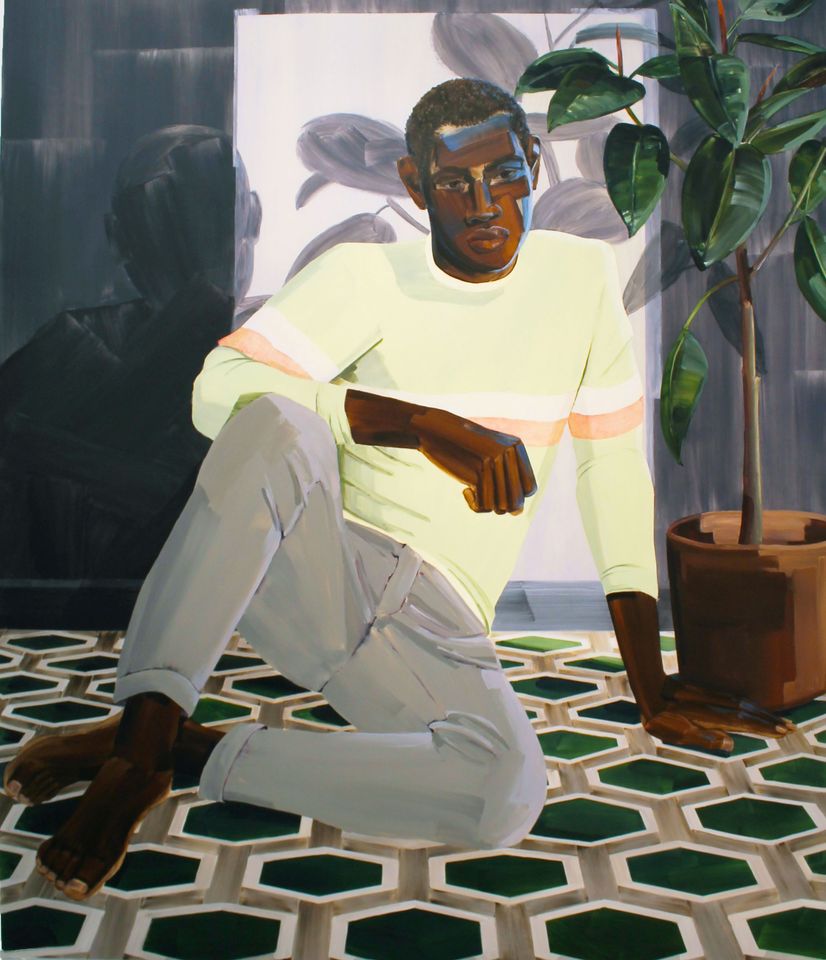 Greg Breda, I Find It Hard to Say (2019) is on view at Patron's temporary space in New York. Patron

Independent Art Fair (8-10 March), now in its tenth year, is also introducing a Tribeca gallery walk as more galleries move to the neighbourhood, where the fair has been located since 2016. “We felt that the fair should be growing, not in terms of scale, but by building our community and roots,” says Elizabeth Dee, the fair's co-founder who also runs a gallery in Harlem. She adds that fairs are still important—“they are where collectors feel most comfortable buying art today, we have to acknowledge that”—but that they “do not reflect the entirety of the market and I truly believe the future of the cultural landscape is the galleries.”

Of course, the mountainous climb of New York real estate prices and its effects have been well-chronicled with regard to galleries, a litany of which, both emerging and established, have shuttered in the past few years, leaving behind an increasingly stratified scene. The market has hardly grown more accessible for small to mid-size dealers, either. Yet the events unfolding in New York suggest fairs—the power platform for contemporary art since the new millennium—may be vulnerable to the same forces, too.

Weeks prior to the announcement of Volta’s cancellation, The Art Newspaper interviewed Coulson about the biggest issues facing fairs wanting to maintain a footprint in New York. “There is an extremely difficult real estate situation in the city,” she said, "where finding a suitable location with appropriate lead time… is increasingly challenging”. She added that this "massive crunch" is "a shame" for the diversity of New York's fair scene. Her words seem eerily prescient now as around half of Volta’s exhibitors set up shop inside one blue-chip gallery.

With the fair landscape shakeup this Armory Week, are the reverberations of this increasingly hostile real estate environment registering on a larger scale?