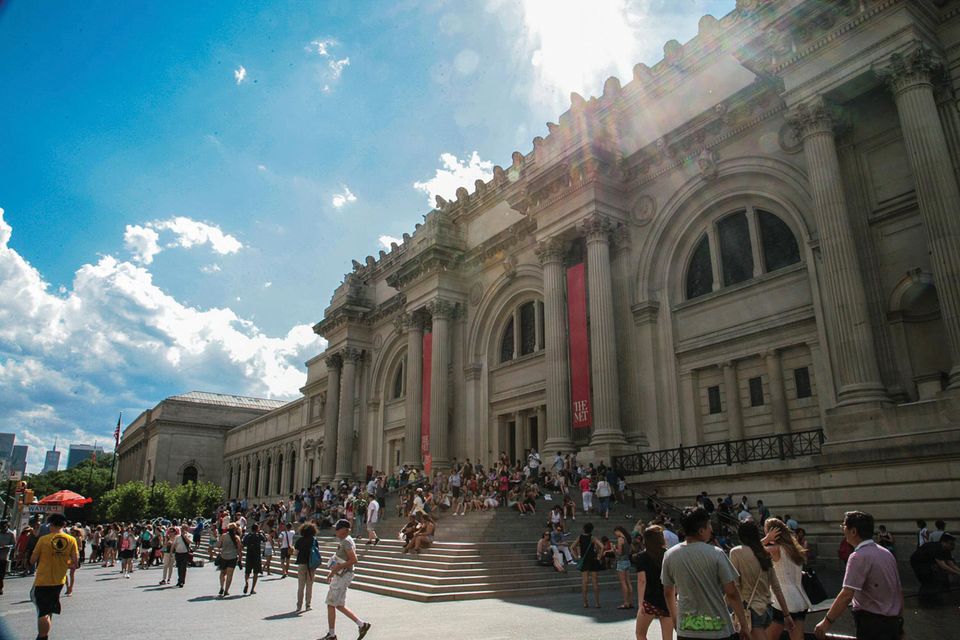 The Metropolitan Museum in New York will change its admissions policy from 1 March, charging out-of-town visitors to the encyclopaedic institution a mandatory $25 entry fee, while New York residents and students in the tri-state area will continue to pay what they wish. The move aims to offset the dwindling number of people who pay the full suggested donation, which has fallen from 63% of visitors in 2004 to 17% today. It also comes as the museum shores up its finances and works to eliminate a $10m deficit by 2020.

The pay as you wish policy as it current exists has “basically failed”, the Met’s president and chief executive Daniel Weiss tells The Art Newspaper, and it cannot sustain the museum’s efforts to serve as one of largest centres for art historical scholarship. The new admissions policy aims to slightly raise the revenue brought in through admission by around 3% or $49m annually. “For the Met to function as the global institution we want it to be requires significant resources,” he says.

One example of such resource-heavy programming is the Met’s current show Michelangelo: Divine Draftsman and Designer, which was eight years in the planning and includes works from 58 international lenders, including the Queen of England and the Vatican. “Zero said no. That’s because they believe in the work we do here,” Weiss said.

And while attendance to the museum has gone up in the past 8 years by 40% to more than 7 million visitors across the Met’s three venues, the number of visitors who actually pay the suggested fee has dropped significantly. Weiss points to various factors for this, including changing demographics of visitors, with younger and more diverse audiences coming to the Met, as well as the visibility around recent lawsuits filed against the museum which claimed the “suggested” or “recommended” donation was misleading and confusing. The advent of social media has also led to new strategies among the online generation about how they consume culture, Weiss says, including how much they are willing to spend.

From March, the Met will start charging tourists and other visitors coming from outside New York a $25 entry fee, bringing it in line with other museums in the city like the Museum of Modern Art, the Guggenheim and the Whitney. But New Yorkers as well as students from New Jersey and Connecticut who can show a proof a residence—from a driver’s license to a library card to a bill with a city address on it—will be allowed to pay whatever amount they wish. For the first two weeks of March, the museum will also serve as a site where residents can sign up for a free government-issued IDNYC card, which aims to help the city’s undocumented population.

Admission will also be extended to three days to allow visitors to go to the Met’s other venues—the Cloisters collection of medieval art and architect further uptown and the Breuer building on Madison Avenue—with the same ticket.

The new policy will also help balance a reduction in funding from the city, which owns the land under the museum’s Fifth Avenue building and provides around $26m to cover utilities and union security staff. Depending on how much the museum makes from admissions, the city will reduce its funding on an algorithmic scale up to $3m. Those funds will go to other institutions that need it more as part of Mayor Bill De Blasio’s new culture plan, which ties city funding to diversity. “This updated admissions policy will give the Museum a solid foundation to continue to grow its programming and engage New Yorkers from all corners of the city and visitors from around the world, while providing a unique opportunity to direct public resources to underserved communities throughout the five boroughs,” says the New York City Department of Cultural Affairs commissioner Tom Finkelpearl in a statement.