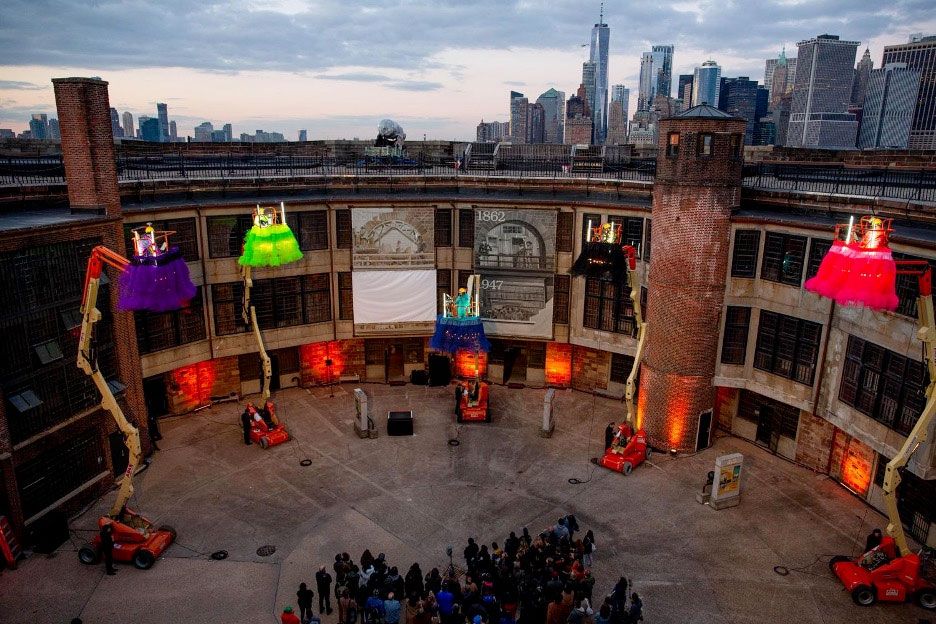 Performa, the performance art focused biennial in New York, announced today that it will be proceeding with its ninth edition this fall, though the city-wide showcase will be held entirely outdoors. The biennial will move to 12-31 October rather than its typical November dates in the hopes of milder weather.

“From the very start of the pandemic last March, we began imagining how best to use our knowledge and experience in producing performance to respond to completely unknown circumstances,” says Performa’s founder and director RoseLee Goldberg. Focussing on artists living and working in and around New York, “we looked at the history of actions by artists in the city that gave a sense of solidarity and inspiration to the art community after a particularly disastrous period—for instance the Modern Procession by Francis Alÿs in 2002, just months after 9/11,” she adds.

“We were all in the same boat,” she says of the conversations she had with artists during the past year. “We wanted to keep going, continue inspiring one another with positive approaches to the unimaginable times we were living through.” Goldberg also notes that continuing to host the biennial as planned proved particularly important since it creates work for artists and performing professionals who have lost most of their job opportunities during the pandemic.

Exact locations and details of the performances have yet to be announced, but some of the artists involved in Performa 2021 include Kevin Beasley, Ericka Beckman, Sara Cwynar, Danielle Dean, Madeline Hollander, Andrés Jaque of the Office for Political Innovation, Tschabalala Self and Shikeith.