Self-portrait as Saint Catherine, another woman who resisted, achieves record price for the artist 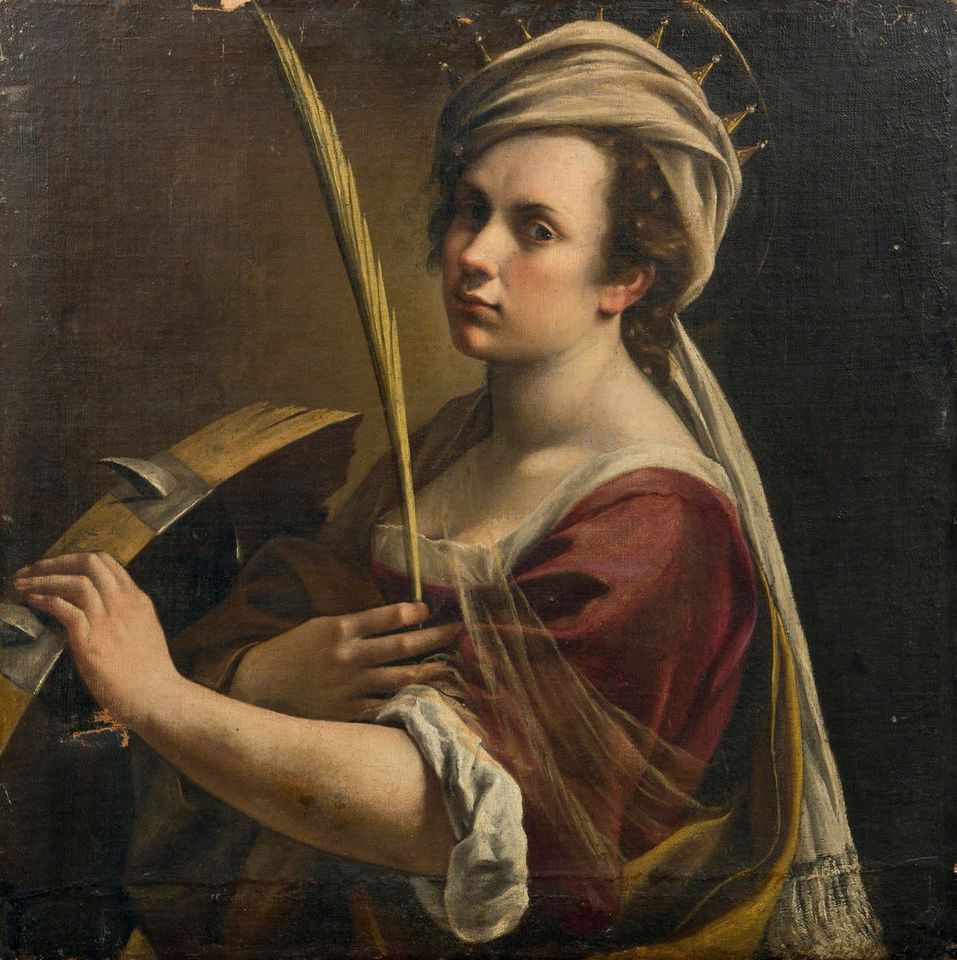 Self-Portrait as Saint Catherine by Artemisia Gentileschi sold at Drouot in Paris on 19 December for €2,360,600, an artist record

A previously unknown Self-Portrait as Saint Catherine by the Italian Baroque painter Artemisia Gentileschi sold at Drouot in Paris on 19 December for an artist record of €2,360,600 (€1.850m at the hammer, against an estimate of €300,000-€400,000). The work, which dates from the same period (1614-16) as another Saint Catherine picture by the artist held by the Uffizi, was discovered by auctioneer Christophe Joron-Derem and presented in his sale of European paintings.

Lionised as an icon of feminist empowerment and artistic accomplishment since the 1970s, Gentileschi’s acclaim is now second only to that of Caravaggio among 17th-century Italian artists. A recent mini-survey of work at the Museo di Roma situating her among other painters of the era was a great success, but it also demonstrated that her existing works are inconsistent in quality.

Self-Portrait as Saint Catherine, however, is easily the finest of several recently rediscovered paintings by Gentileschi, including Magdalen in Ecstasy, which was also found in France and sold at Sotheby's Paris in 2014 for $1,179,832, the artist’s previous record.

Gentileschi was canny enough to exploit her singular fame as a female painter in the form of self-portraits in the guise of religious or allegorical figures (her most notable depiction by another artist is by her friend Simon Vouet, who portrayed her with her brushes and palette and a wonderfully commanding swagger). Saint Catherine shows the artist in half-length, grasping a martyr’s palm frond while steadying the spiked wheel of Catherine’s martyrdom. Her pose is similar to that of her self-portrait as a lute player, recently acquired by the Wadsworth Athenaeum in Hartford, Connecticut, but the better-preserved Paris picture, held by the same family for decades, is of notably superior quality.

At press time, the work’s buyer was unknown, but it is worth noting that despite the artist’s popularity, she is not represented in many important museums: neither of the National Galleries in London or Washington, DC, nor the Getty, nor the Louvre, which curiously did not pre-empt the sale under French patrimony laws. While the picture’s relatively modest size of 71 sq. cm would endear it to private collectors, one hopes a major museum would be astute enough to acquire it.