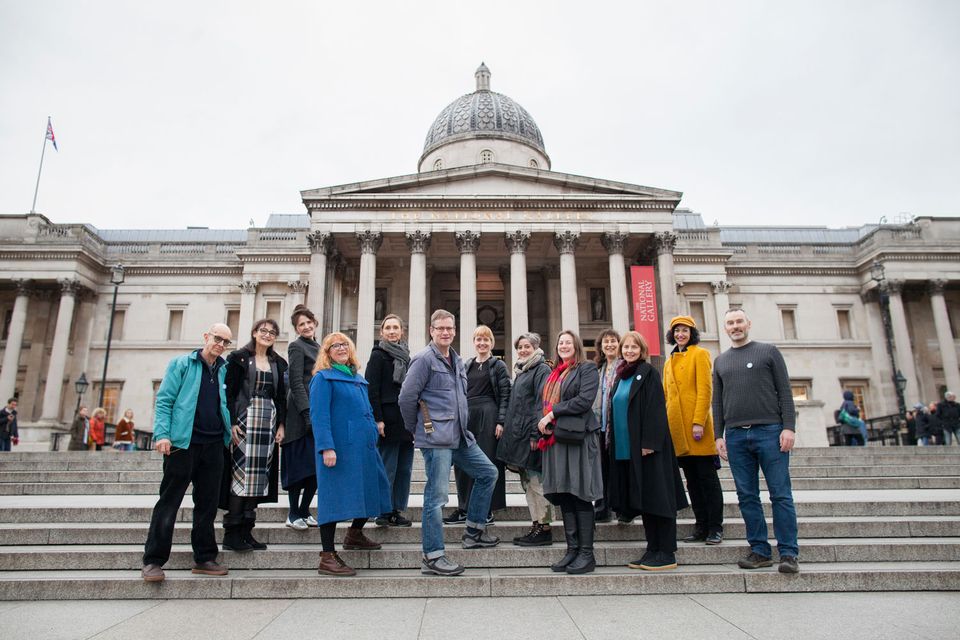 Members of the NG27 group of artists, art historians and lecturers outside the National Gallery in London © Jo Hone Photography

In a landmark ruling, an employment tribunal in London has found that 27 educators in a legal battle with the National Gallery in London are owed the same rights as permanent workers at the institution.

The group of artists, art historians and lecturers, who are known as the “NG27”, say they were unfairly dismissed by the gallery in October 2017, and brought the case to demand recognition as employees rather than freelance or self-employed workers.

The 27 say in a statement: “The employment tribunal found that the claimants were in fact workers, despite having been denied their legal right to this status by the National Gallery for decades. The tribunal judge concluded that ‘in short, the claimants worked ‘for’ the gallery as members of its team of educators’ despite arguments to the contrary by the gallery.”

The case has been described as the first in the public sector to address employment rights in the “gig economy” of short-term contracts or freelance work. The claimants add, however, that they will need to continue the legal battle to ensure that their “full rights are acknowledged”.

The National Gallery previously said that it had “acted both lawfully and fairly” and that all the claimants were consulted between October 2017 and January 2018 for their views on the employment transition process. “The gallery has not dismissed anyone as part of this process,” it said.

Responding to the tribunal ruling, the gallery says in a statement: “The majority of the people involved are still providing these services to us on the same basis as previously, whilst others involved in these claims have already accepted either employment or new contracts with us.”

The gallery adds that the case “should not be likened to the ‘gig economy’ debate” sparked by high-profile cases involving private companies such as Uber and Deliveroo. The statement continues: “We have taken a deliberate choice to move towards a model that offers people secure employment, with additional pension and worker benefits.” The gallery says it is now considering the detailed implications of the decision with its legal advisers.