The stop will serve the future Obama Presidential Center 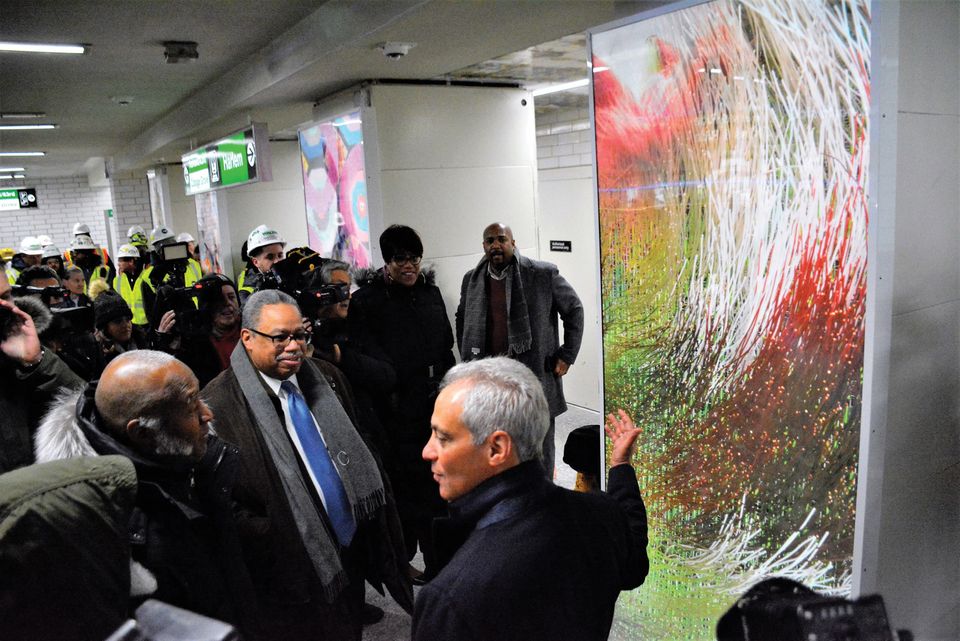 The Chicago-based artist Nick Cave is known for his opulent Soundsuits that blend fashion and sculpture, which are often activated through elaborate performances. He is now scaling up to works of permanent public art, with projects at major transportation hubs including a historic train station in Chicago.

Using custom-cut steel, printed tiles and lenticular lightboxes, Cave and his design collaborator Bob Faust have rendered rich floral patterns reminiscent of his Soundsuits on the ceilings, walls, and exterior surfaces of the Garfield Park station, which serves about 475,000 commuters annually and was built in 1892 for the World’s Fair exhibition, as part of a $43m overhaul. The planned Obama Presidential Center is to be sited nearby. 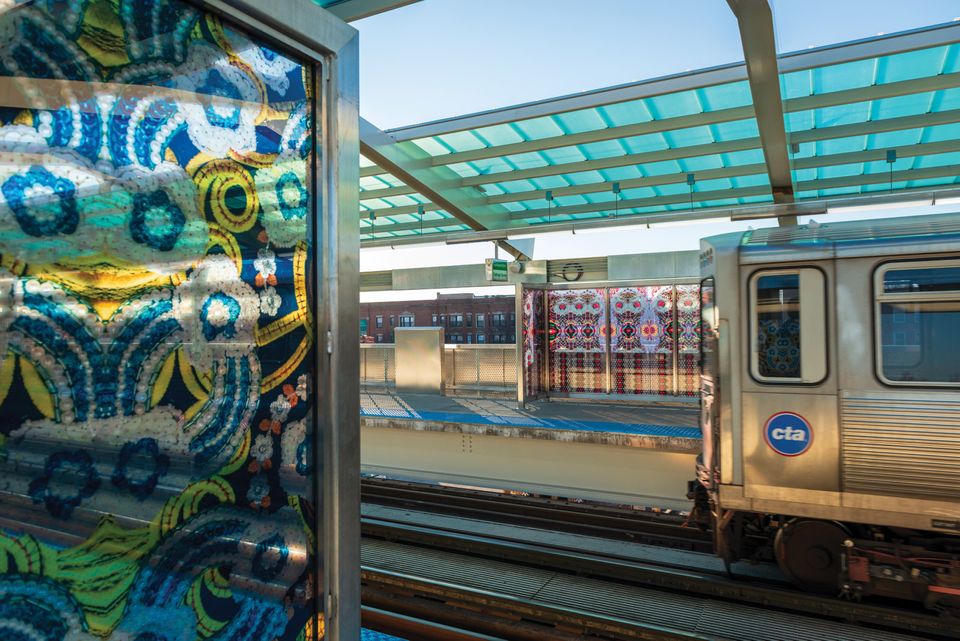 Cave calls the new Chicago public artwork “a direct expression of the work I am most known for. [My] Soundsuits hide race, gender and class and force the viewer to consider something other without judgment.”

“Anytime important work can get outside the institution walls and front and center for viewers who wouldn’t otherwise have the opportunity to experience it, consider me in,” Cave wrote in an emailed interview. The artist has also created a 70-foot-long beaded mural at the Tampa International Airport in Florida, and Chicago’s O’Hare International Airport is next on Cave’s design agenda.