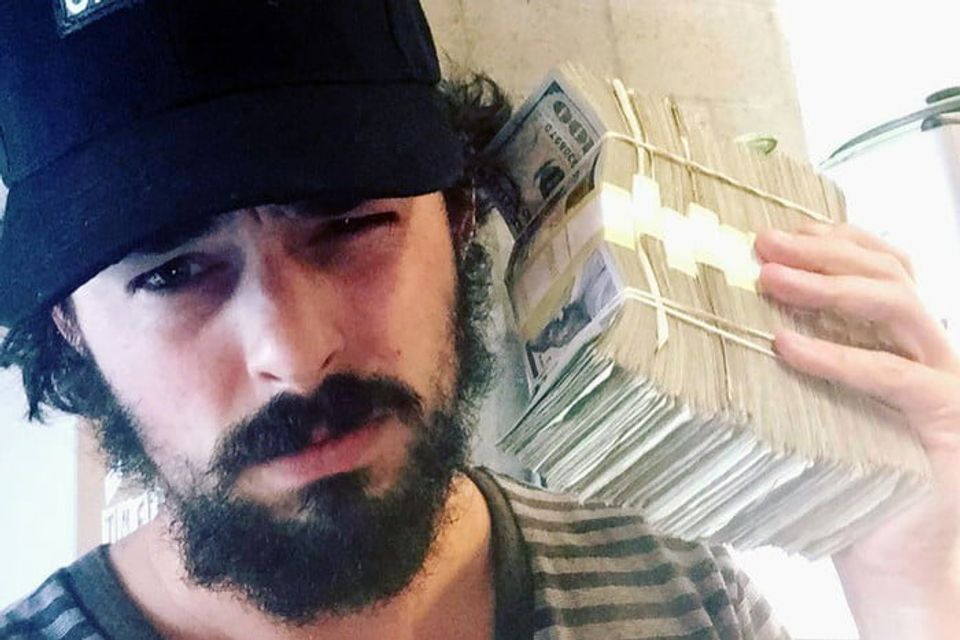 The American conceptual artist and digital provocateur Matty Monahan (known professionally as Matty Mo), is crying foul after Nifty Gateway, one of the preeminent marketplaces for selling and buying NFTs, decided earlier this week to pull the plug on Monahan’s genesis drop.

On 22 March, Matty Mo posted via his Instagram a screenshot of an email exchange between him and Nifty Gateway’s head of artist relations, Tommy Kimmelman.

Kimmelman’s email informed Monahan that Nifty Gateway was unable to keep up with the number of drops being released on its platform and would therefore be calling off Monahan’s project. 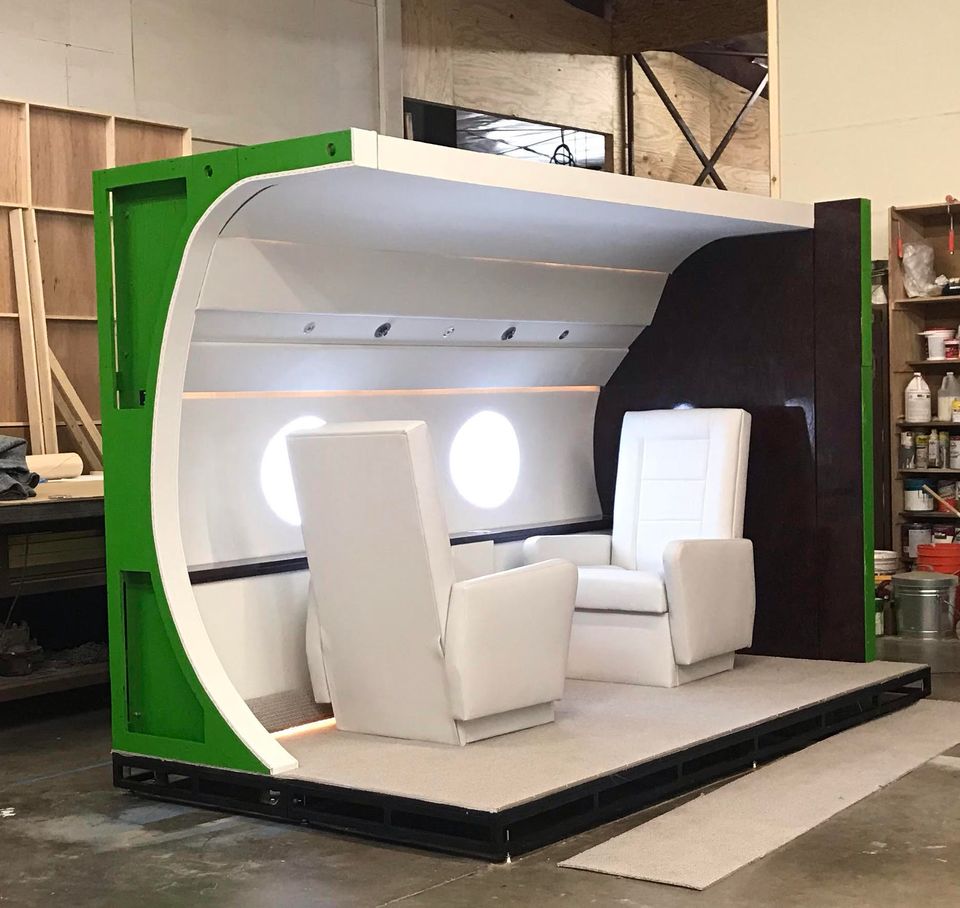 The Private Jet Experience, a sculpture by Monahan is being digitised for the drop Courtesy of Matty Mo

According to Monahan, the project he had planned for Nifty Gateway was organised and approved months in advance. Monahan tells The Art Newspaper that he had spent $20,000 on retaining the services of a creative director, video director and 3D artist. “We had planned several works based on my Headlines series,” he said. “One of the works consisted of me dragging a pile of money through Frieze art fair, the other was of a fake private jet for selfies, and another based on the pink house series I did in LA.”

“I think what Nifty Gateway is doing is complete bullshit and antithetical to what crypto and NFTs are about,” he said. “They are a highly centralised and curated platform that seems to be in way over its head, it’s not fair to the artists.”

In response, Monahan asked if Nifty Gateway could reschedule his drop. After receiving no official response from Nifty Gateway for 48 hours, Monahan decided to post the email exchange on his instagram page, so as to discourage others considering using the platform. “For the past month, my studio has been working on this drop [...] it’s like a gallery committing to a show and then cancelling last minute. That is seriously bad business,” Monahan writes.

Founded in 2018 by the brothers Duncan and Griffin Cock Foster, Nifty Gateway is a centralised marketplace for buying and selling digital assets. In contrast to platforms like OpenSea that are decentralised and do not require an invitation, Nifty Gateway is open by invitation only, making it one of the most exclusive marketplaces for buying and selling NFTs. In 2019, it was acquired by Gemini Trust Company, LLC (Gemini), a cryptocurrency exchange and custodian.

Monahan's is not the only complaint recently lodged against the platform. Just last week, several users of Nity Gateway took to Twitter, claiming that their accounts were hacked, rug-pulling (NFT parlance for being scammed) out of hundreds of thousands of dollars worth of NFT collectibles, digital currency and even piling up credit card debt. While some of those hacked were able to retrieve the stolen items and digital money back, those who had their assets stolen, sold and moved off the platform were unable to retrieve their items due to the immutability of the blockchain ledger, where “possession is 10/10ths of the law”, according to Coindesk analyst Benjamin Powers. 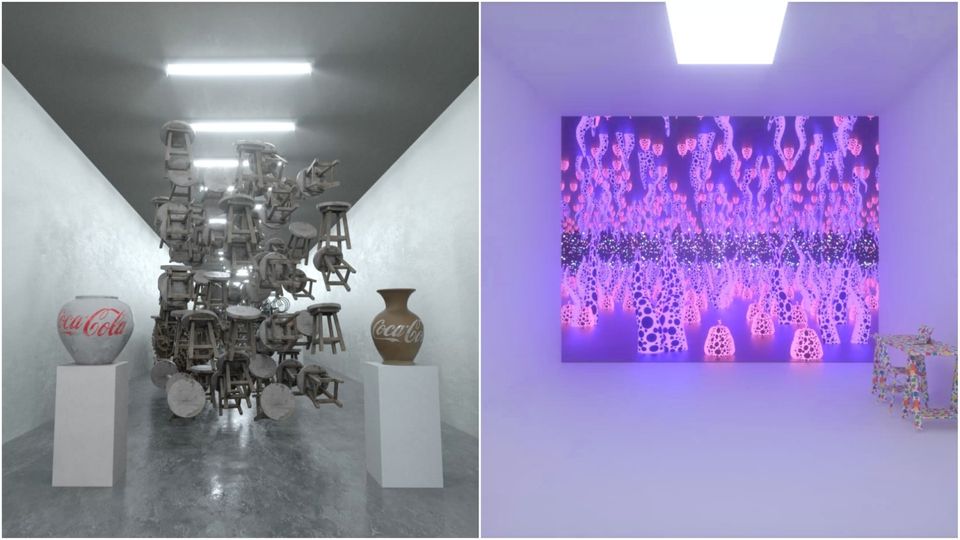 A preview shot of Weiwei's Room and Kusama's Room, part of the House of Mercial drop on Nifty Gateway Courtesy of Nifty Gateway

Some are speculating, however, that Monahan’s work may have run afoul of unwritten appropriation rules on the platform. Oddly enough, on 18 March, Nifty Gateway released a tweet promoting the NFT of a work entitled House of Marcial, which consisted of a slick rendering made by Carlos Mercial, depicting a room filled with Ai Weiwei’s most famous sculptures and installations. Weiwei tweeted in response that he had no idea that his work was being used on the platform, tweeting directly to Nifty Gateway, “wrong thing to do".

The same artist has also sold thousands of dollars worth of renderings “inspired” by the work of Yayoi Kusama without the permission of Kusama or her gallery.

"Monahan knows the space and understands the dynamics perfectly. As Forest Gump said, stupid is as stupid does." Stefan Simchowitz, dealer

While Nifty Gateway has so far offered no official response as to why they cancelled Monahan’s drop, there are traditional art world figures who are weary of entering into the crypto space for many of these reasons.

Speaking to The Art Newspaper, the collector and art world impresario Stefan Simchowitz says: “the NFT space is the wild west in the Antebellum period. There is no Sheriff in town. Yet."

"One thing is for sure however, he knows the space and understands the dynamics perfectly. As Forest Gump said, stupid is as stupid does.”

Nifty Gateway did not respond to a request for comment by the time of publication.