With institutions across the globe rethinking their views on restitution, the African country’s focus is now on making a home for its heritage 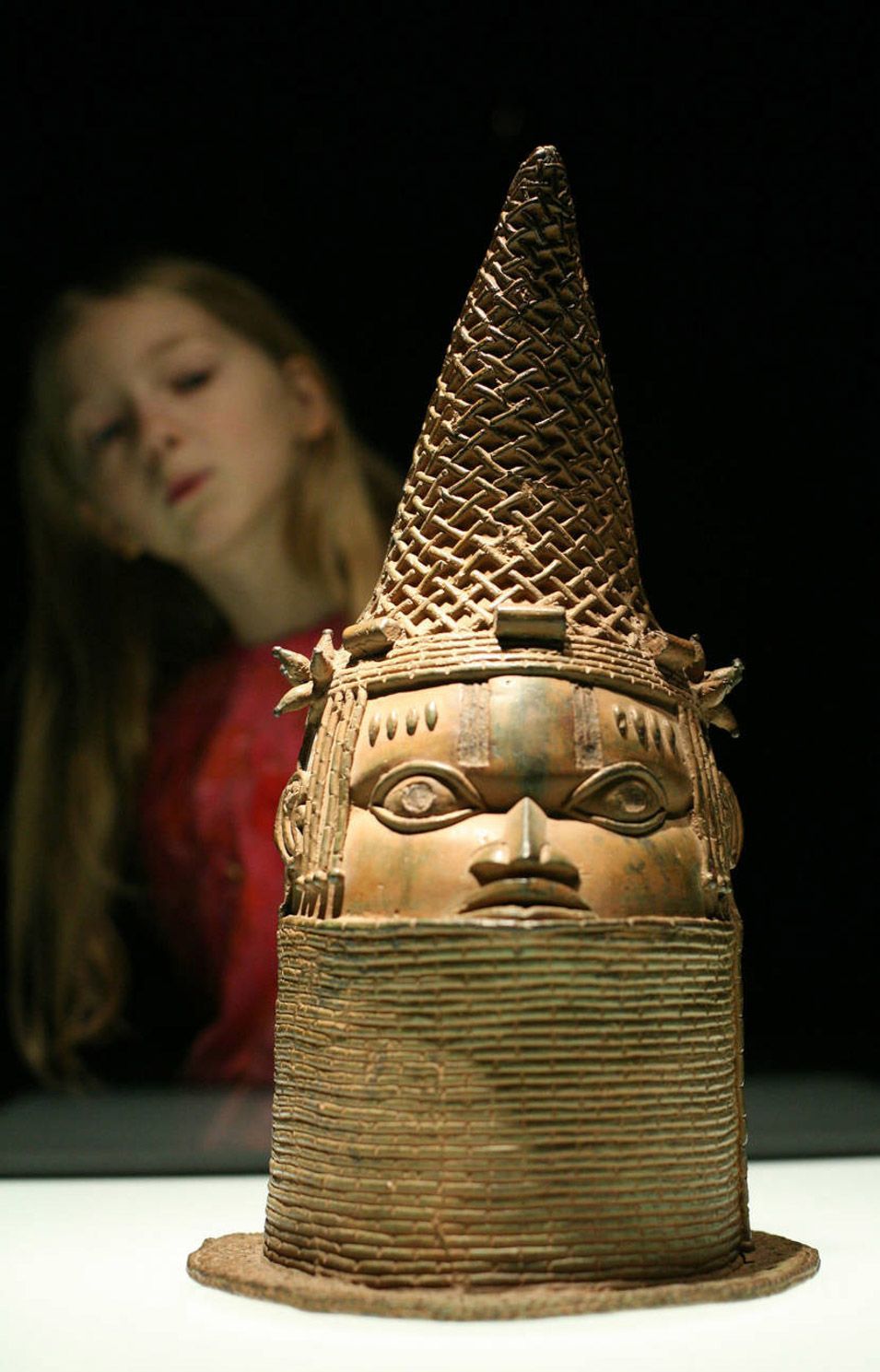 The German government has said it will return Benin bronzes in its public collections, including this Queen Head from the Ethnological Museum in Berlin VPC Travel Photo/Alamy Stock Photo

Museums around the world are planning to return Benin bronzes looted by the British in a military raid more than 120 years ago. Their contact person in Nigeria—Phillip Ihenacho, the director of the Legacy Restoration Trust (LRT)—says he is “surprised at how willing museums are to have the discussion about restitution and feel that it is urgent”.

The LRT was set up by Nigeria’s National Commission for Museums and Monuments, the Edo State government and the royal court of Benin to plan and build the Edo Museum of West African Art in Benin City. Its main priority, Ihenacho tells The Art Newspaper, is to make sure the long-lost treasures will have a home “worthy of showcasing these objects”.

Designed by David Adjaye, the museum will house artefacts from the kingdom of Benin, which British troops invaded in 1897, plundering the royal palace. The looted Benin bronzes—a catch-all description that encompasses items made of ivory and brass as well as bronze—are now scattered in at least 160 museums and institutions from Stockholm to Seattle and as far south as Christchurch, New Zealand.

The German government said last month it is laying the groundwork for a permanent restitution of the stolen sculptures in German museums. Aberdeen University in Scotland has pledged to send one work back to Benin, and many other institutions are preparing to follow suit.

“We have had a lot of museums reaching out,” Ihenacho says. “We have a strong conviction that the time is approaching and therefore the pressure is on our side to get organised. I see our role as to demonstrate our readiness as opposed to fighting for restitution”.

A rendering of the Edo Museum of West African Art, in Benin City, designed by the Ghanaian-British architect David Adjaye. The museum is due to open in 2025, although the Legacy Restoration Trust is still seeking backers to fund the building’s estimated $100m cost Courtesy of Adjaye Associates

The new museum will be located near the palace of the oba (king). Before construction can begin, archaeologists will explore the site in a project led by the LRT with funding and expertise from international partners including the British Museum and the German government. Ihenacho expects the fieldwork to begin in autumn 2021 and continue until the end of 2022.

The next stage is to build a storage centre that Ihenacho estimates could be completed within 18 months. “We would like to be able to gather and store objects that will eventually go into the museum without having to wait for the museum to be completed,” he says.

Envisaged as more than a display for the Benin bronzes, the Edo museum will also explore links between the ancient kingdom of Benin and other West African cultures as well as to contemporary art, Ihenacho says. He notes that bronze is still cast on the same Benin street where medieval artisans created the famous sculptures now strewn across the world.

Ihenacho, whose background is in law and finance, estimates that the new museum will cost at least $100m. He is seeking both international and domestic backers. “It is not just about raising the money to build the museum, but about ensuring that once it is built, we have adequate resources,” he says. He envisages “some form of endowment to meet some of the operating costs of the museum”.

The aim is to open the Edo museum in 2025. In addition to the fundraising and project planning, Ihenacho is juggling the enquiries from museums. “We are a young and small organisation and if we have to deal one-on-one with every museum in the world that is looking to restitute an object, it is incredibly time-consuming,” he says. “So, we are looking at ways to streamline communications and standardise the processes.”

He expects Digital Benin, a project based in Hamburg and Benin City that is creating an inventory of the looted works, will help provide an overview of holdings worldwide. He points out that not every object from Benin in museums abroad was looted, so provenance research is a prerequisite to determining which need to be returned.

Ihenacho adds that even in the case of plundered items, arrangements may be possible where ownership is transferred to Nigeria but the art remains in its current home. “If an object is being viewed by a large international audience and can serve as an ambassador, that is something that people in Nigeria would like to continue,” he says.

He expects the first bronzes to return home this year. But, he stresses, “we are not in a big hurry to grab every object and bring it back to Nigeria—our focus is around the institution we are trying to create. It is going to be a long journey.”

• To hear the author explore the restitution debate with Dan Hicks, author of The Brutish Museums, listen to our podcast

Appeared in The Art Newspaper, 334 May 2021
More NewsTopicsBenin BronzesPost-colonialismNigeriaMuseumsLooted art