Not so simple as something for everyone: Matthew Collings on the Royal Academy’s summer exhibition

The show encapsulates the twisted diversity of contemporary art

The Summer Exhibition at the Royal Academy in London, open to anyone, takes months to create. Applicants have to get past the photo submission and then the real objects being judged and, lastly, the filtering-out process that happens when the hang is underway. Contrary to received opinion among art-world insiders, the visual arrangement is impressive. By definition the show is about uncontrollable diversity but it can be unified, at least visually, to a great degree. It seems accurate to the diversity of contemporary art generally and the mental hoops that have to be jumped through constantly to cope with art’s many registers now, the rule of pluralism.

The better the show is presented, the clearer it becomes that the democratic nature of art now does not mean there is something for everyone, but rather there are separate cultures of art that co-exist but are often radically alienated from each other. The skills demonstrated by Royal Academicians (RAs for short) organising particular spaces of the show—there are 13 rooms including the Central Hall—is striking when the idea of skill is so elusive and complicated. A work can seem refined or crude and the difference is not just the contrast between professional and amateur, or academic and avant-garde, categories that are no longer meaningful. On the other hand, if you are an art insider going around the show, you know there is a difference between insiders and outsiders, and you can see that the show knows it, too. The general public, which of course is all outsiders, does not see that. 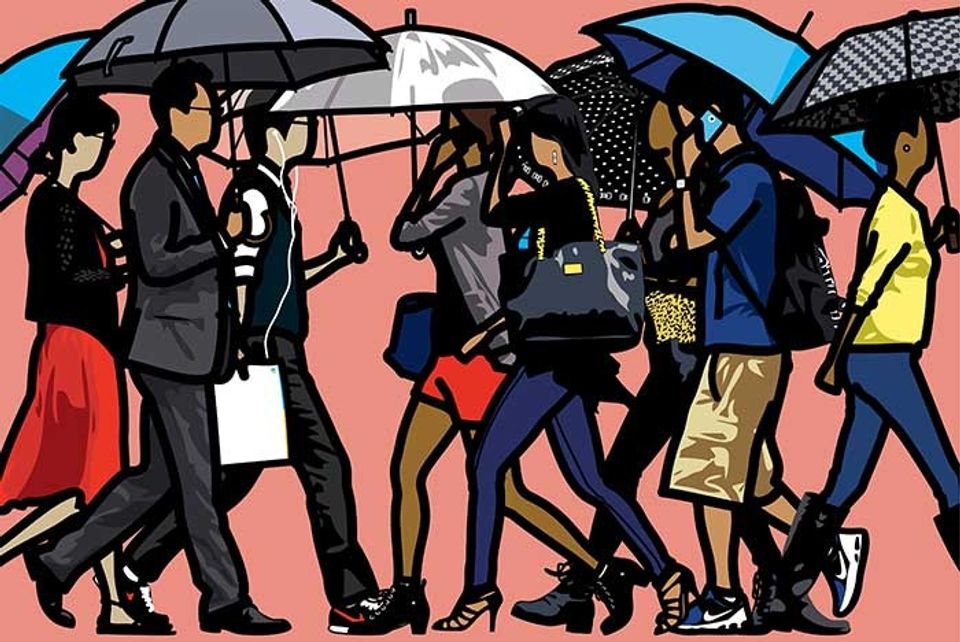 The individual RAs are not academic and the institution is not ideologically opposed to the new and experimental. RAs with a popular reputation for wildness make statements that bring home radicalism’s new peculiar flavour. Tracey Emin explaining her Tory vote: “The Tories obviously look out for the individual, and being an artist you’re totally on the outside of society, you are an individual.” Grayson Perry on political art: “All the political societies are nagging at me for their attention. And I want to go: No, I just want to go and dance. What I dislike is when art is just a stage set built to illustrate an idea. I think: write me a thesis, preferably in about two lines.”

Nine lines of text rather than two is still pretty concise, but it’s all Bob and Roberta Smith RA needs to convey the meaning of a work entitled, Sir Peter Bazelgette’s P45. His rant, in comic sign-writing done with gloss paint on an old board, accuses the head of the Arts Council, which should be protecting art, of being a puppet of the government that wants to cut arts funding. Smith is political while Perry is apolitical. 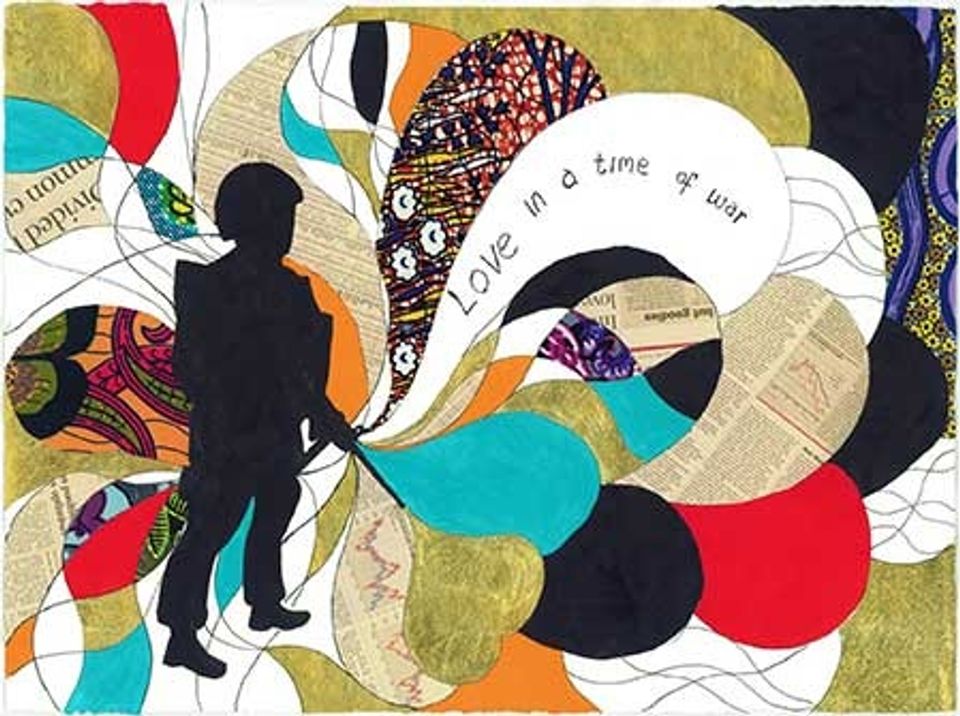 But Smith makes it clear (starting with his adopted pseudonym, which democratically de-genders identity and attacks the bourgeois notion of artistic individualism) that he is more or less the same as Perry, since they both make their everyday existence into colourful surrealism. Each is a populist: you can easily see what the message is with their work and the public events they stage.  The elegant intellectual side of political art is represented by an installation of coloured Plexiglas by Liam Gillick—not an RA, but invited to participate this year by the selection committee’s chief, Michael Craig-Martin. Here, unless you are an insider, it is impossible to know what the political message is or why it is political at all.

There are RAs who paint in a way that makes their art, as far as insiders are concerned, so overlook-able that it might as well not exist, even though it is attractive to a lot of people. A painting in Room 1 by Bernard Dunstan RA shows a naked woman in an interior. Tonal colouring might be the key to attraction, because that is how colour outside in reality is experienced. It might be that the style generally fits an idea of beauty, reminding Dunstan’s core audience of a work by Walter Sickert or Édouard Vuillard. Outside this mindset, it could be thought a bit strange that the depicted scene seems to be happening 100 years ago. How did he go back there? 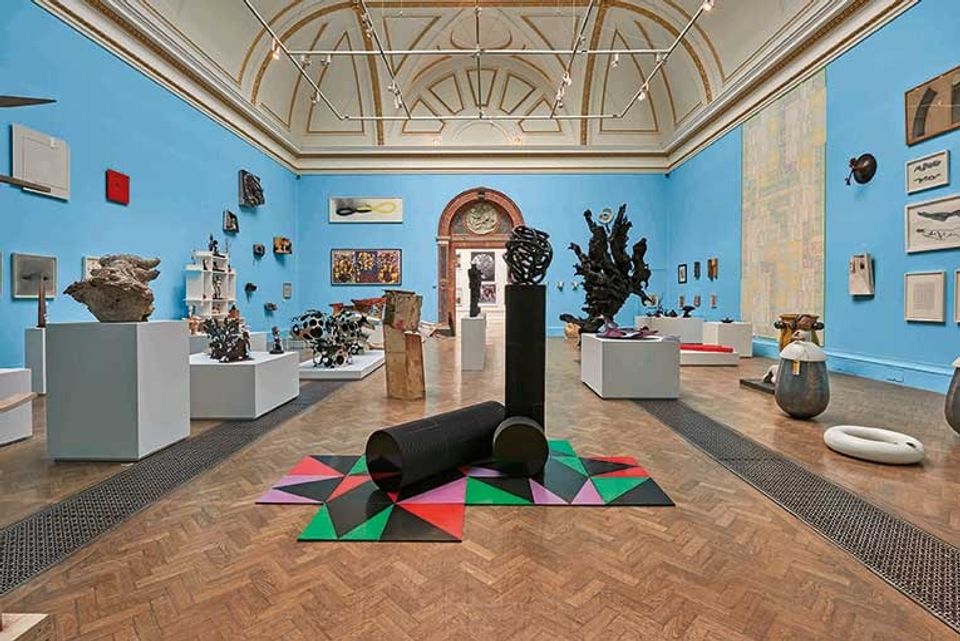 New people getting into art globally today are conditioned to be awed and alienated at the same time and not complain about feeling torn apart. You do not have to understand an object: obscurity itself is glamorous. This contingency is served by the Summer Show. But the exhibition also serves aesthetes who started out in English art schools in the 1940s, like Dunstan, Diana Armfield and Anthony Eyton, all RAs in their 80s.

Both groups might relate positively to an installation in the Small Weston Room by William Kentridge (one of a number of glamorous international figures that have been made honorary RAs), but not for the same reasons, and the liking would be different again for art-world insiders. Kentridge renders trees in an African landscape quickly in ink washes. Words are also part of the work. Textual fragments such as THE SHRAPNEL or DISINTER RECONFIGURE or AT THE CRITICAL POINT make it clear to insiders that uncertainty is Kentridge’s content and that his real world subject is Post-Apartheid society. Or, in its non sequitur jumble, the same words might convey to arrivistes that the work is dark and negative, so it must be art and therefore attractive.

Insiders would respond to themes of identity and language imported into art from the literary academic disciplines of Post-colonial studies and Deconstruction. Those buttons might not be pressed for the genteel audience for Post-Impressionism’s lingering afterlife unused to interpreting certain codes. Nevertheless the same audience could be enthusiastic about Kentridge’s animated mark making. 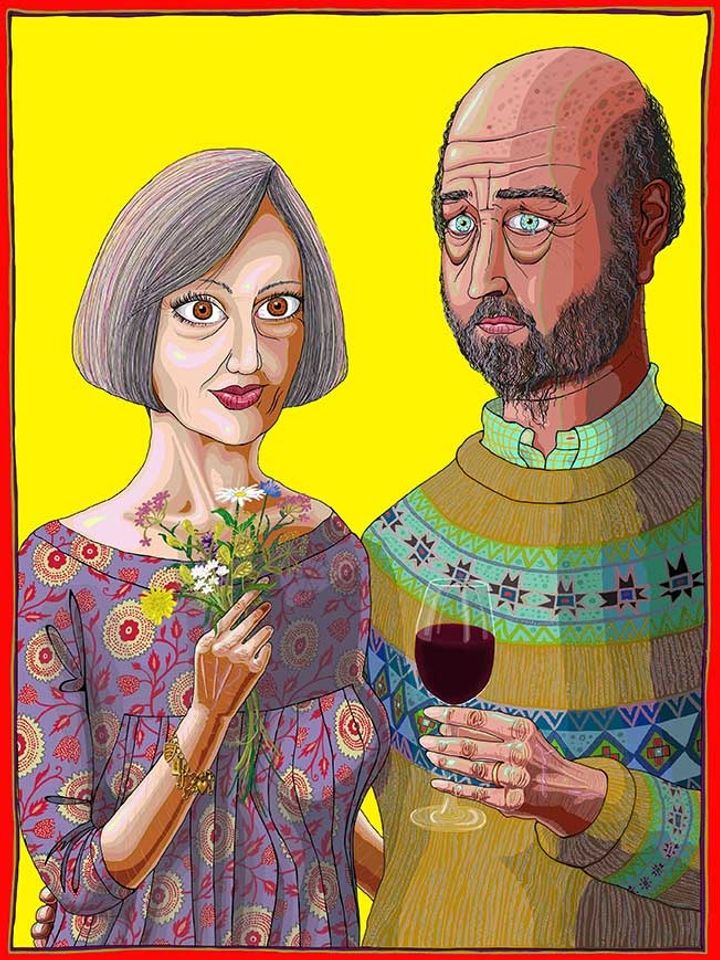 An expanse of paintings in Room VI, one of the largest spaces, across most of three walls, radiates pleasure in doubt. An odd man out is represented by Rose Hilton’s work, because it doesn’t have an initial feel either of the Minimal or Post Minimal, or a Postmodern combination of Minimal and Pop. In works by Tim Head, Gerard Hemsworth, Alan Charlton and Keith Milow, stripes, splashes, geometric shapes, dotted lines and radiating circles appear to be part of a group perceptual experiment, in which clarity becomes ambiguity and non-representation is really secret picturing. What is an abstract painting now? It could be art prostituting itself for consumerism, eager to be decorative. Or decoration could be totally loaded now, the philosophical conundrum of conundrums.

Figure 1, by Fiona Rae RA, with its impression of swirling blobs based on a construction of differently handled marks, and with its total draining of colour so everything happens in shades of grey,  says something about the history of abstract art. The work makes a funny double statement: it is an ironic painting-zombie and, at the same time, an outburst of genuine painterly energy. It seems clever because of the way the two states are played-off while avoiding pseudo intellectual paradox. Jon Thompson’s Sponge (from the Lyotard Suite), is a funny work, too, almost demanding mystifying invisible content in order to redeem initial static simplicity. Anyone could get something from these paintings. But it would be limited if you were not informed about moves made in painting generally in recent decades. (Ignoring these and being lyrical makes 85-year old Hilton’s Red Studio charming.)