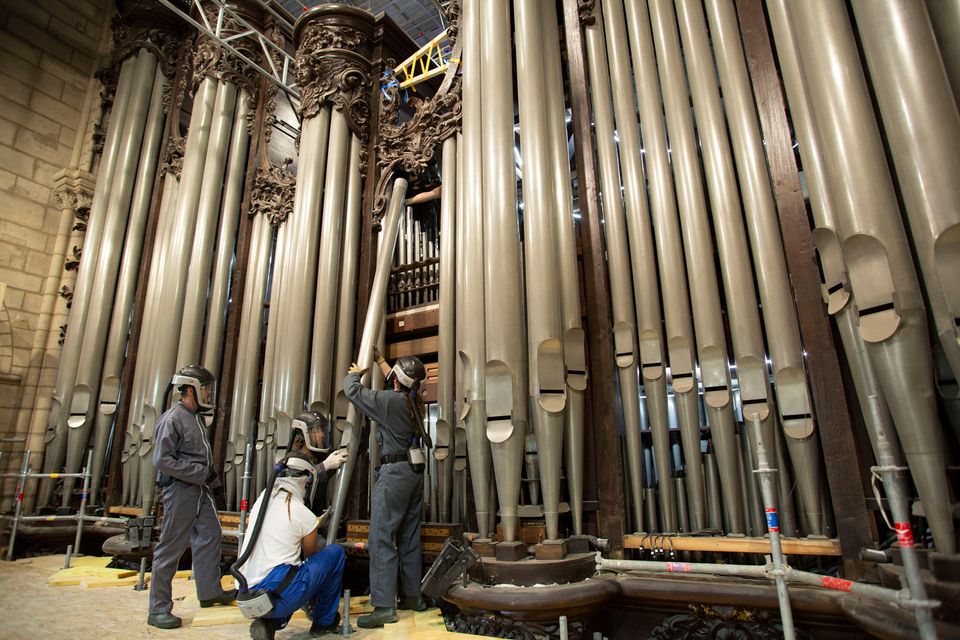 The vast undertaking of removing Notre Dame's great organ, known as the “voice” of the Paris cathedral, has been completed.

Although the symphonic organ was barely scathed by the flames that engulfed the cathedral in 2019, and the gallons of water used by firemen to extinguish the fire, it was laden with lead dust. Some parts of the instrument also became affected by thermal variations, such as the July 2019 heatwave. Consequently, it needs to be thoroughly cleaned and restored—a lengthy operation that cannot take place on site.

A nearly 30-metre-high scaffolding was erected in the summer to enable the organ’s removal. The keyboard console was the first element to be lifted out in early August, which freed up space so that a work surface could be installed in front of the instrument. Over the past four months, thousands of metal and wooden pipes and box springs have been taken away in four waterproof containers and transported to a warehouse in the Parisian region. All that remains in the cathedral is the sideboard, some bellows and several pipes that are too fragile or difficult to remove and will therefore be cleaned on site. 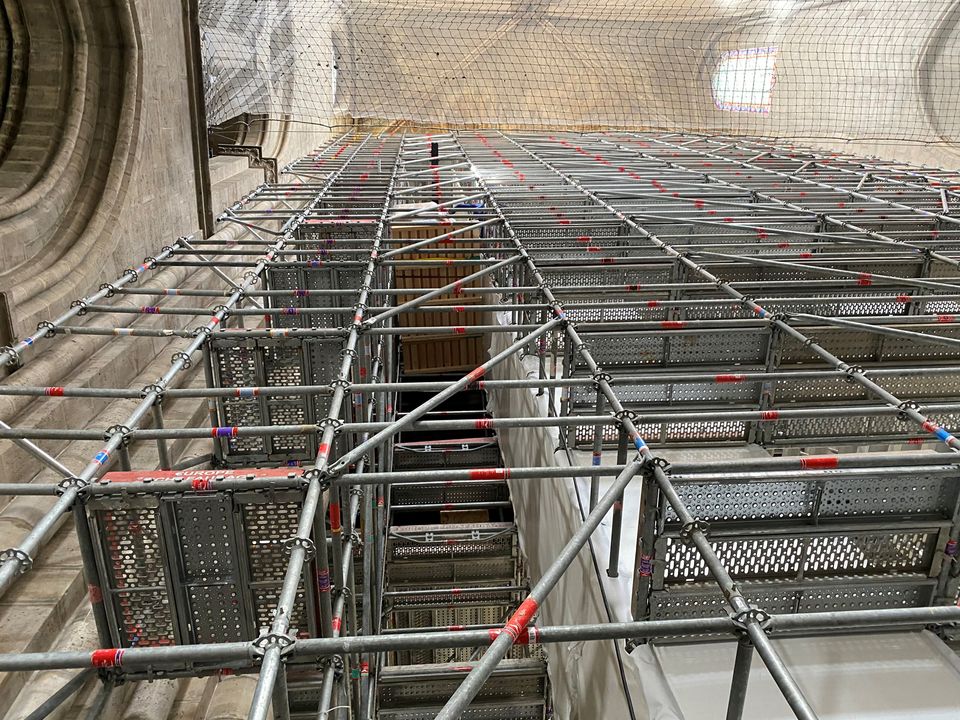 “I am delighted that the great organ’s removal has finished nearly two months ahead of time,” says the army general Jean-Louis Georgelin, the president of the public body responsible for the cathedral’s conservation and restoration. “The great organ can now be cleaned and restored, before being returned to the cathedral to be gradually reassembled.”

Thanking the project manager and organ specialist Christian Lutz as well as the site manager Mario d’Amico for overseeing the organ’s removal, Georgelin says that six months would be necessary for the instrument to be reassembled and tuned “so that it can resonate again on 16 April 2024,” when the cathedral is scheduled to reopen. 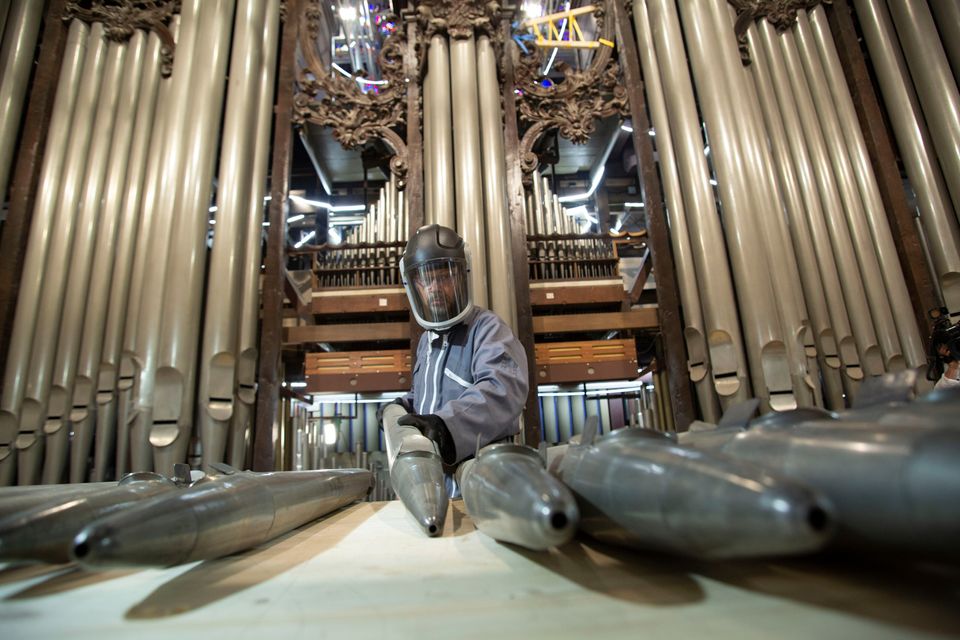 A call for tender will be published in the first half of 2021 to choose the companies that will carry out the cleaning, restoration and reassembly of the organ.

The symphonic organ has been the voice of Notre Dame since 1733. Its 8,000 pipes divided into 115 stops make it France's largest instrument in terms of register.