Four unexpected works on show in the Louvre Abu Dhabi 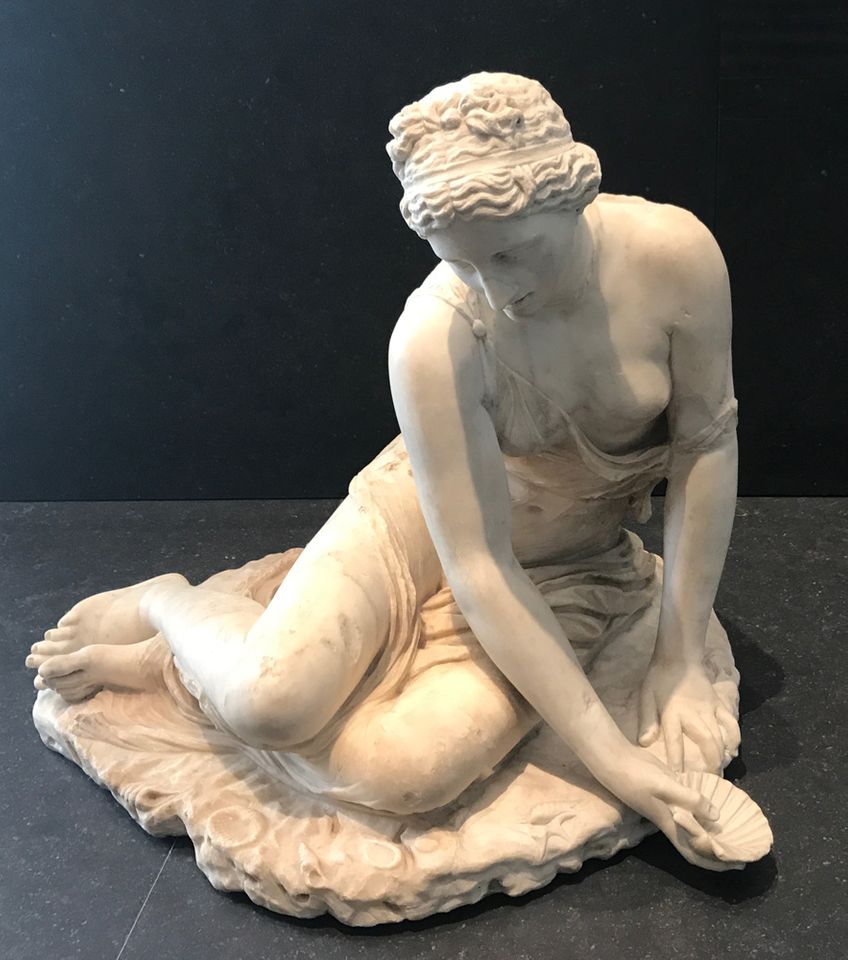 Since Abu Dhabi signed the 2007 contract with the French government to create the first universal museum, it has bought around 600 works of art, kicking off in 2009 with the Mondrian in the Yves Saint-Laurent collection.

So far, the acquisition process has worked like this: Agence France-Muséums, the Paris-based entity created by the government to get the whole project off the ground, has employed experts in the various fields of art to scout out good works and filter pieces offered by the market. At regular intervals, a short list is discussed by the agency and then submitted to Abu Dhabi for the final choice to be made.

The inaugural display of Louvre Abu Dhabi includes many of the works from its own collection and some 300 major pieces lent by the Louvre and the 13 other museums that form part of this Franco-Emirati project.

Western speculation as to what might be vetoed by the sheikhs has been rife: nudes are assumed to be out, as well as expressions of other religions beside Islam, or any discussion of God.

Here are four works now on show in Abu Dhabi that prove these assumptions wrong.

Giovanni Bellini, Madonna and Child (around 1480) This smallish painting was made to hang in a private house to focus the minds of people saying their daily prayers. The Virgin was believed to have privileged access, as it were, to God in heaven. She herself is praying, in her role as an intermediary between humans and the Almighty, who is present here in the form of the baby Jesus, whose hand rests on a book, presumably the four Gospels, which tell the story of his life. Bought for Louvre Abu Dhabi 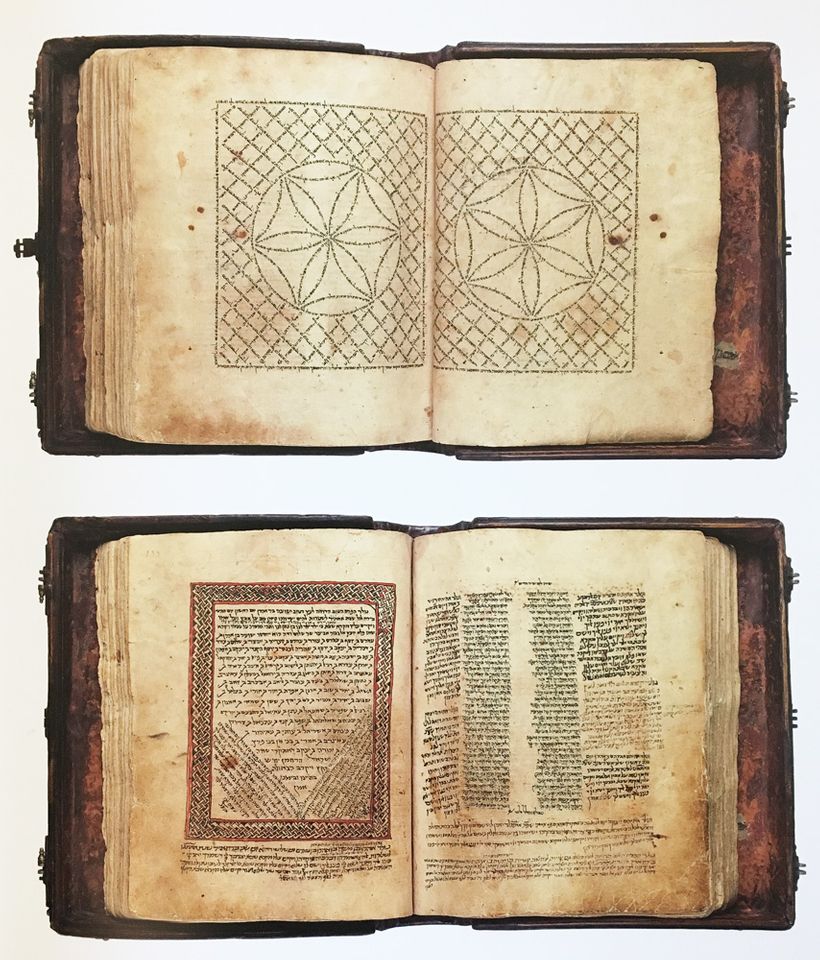 This rare manuscript contains the first three parts of the Hebrew Bible: the five books of Genesis, Exodus, Leviticus, Numbers and Deuteronomy. Like all Hebrew Bibles, it has no figurative decoration, relying on the beauty of the script and abstract patterning for enrichment. It was bought together with its original, very rare, stamped Moroccan leather box. Shown with a Qur’an and Christian Bible in the inaugural displays. Bought for Louvre Abu Dhabi.

Nymph with a shell, Roman after a Greek original (first to second century AD) 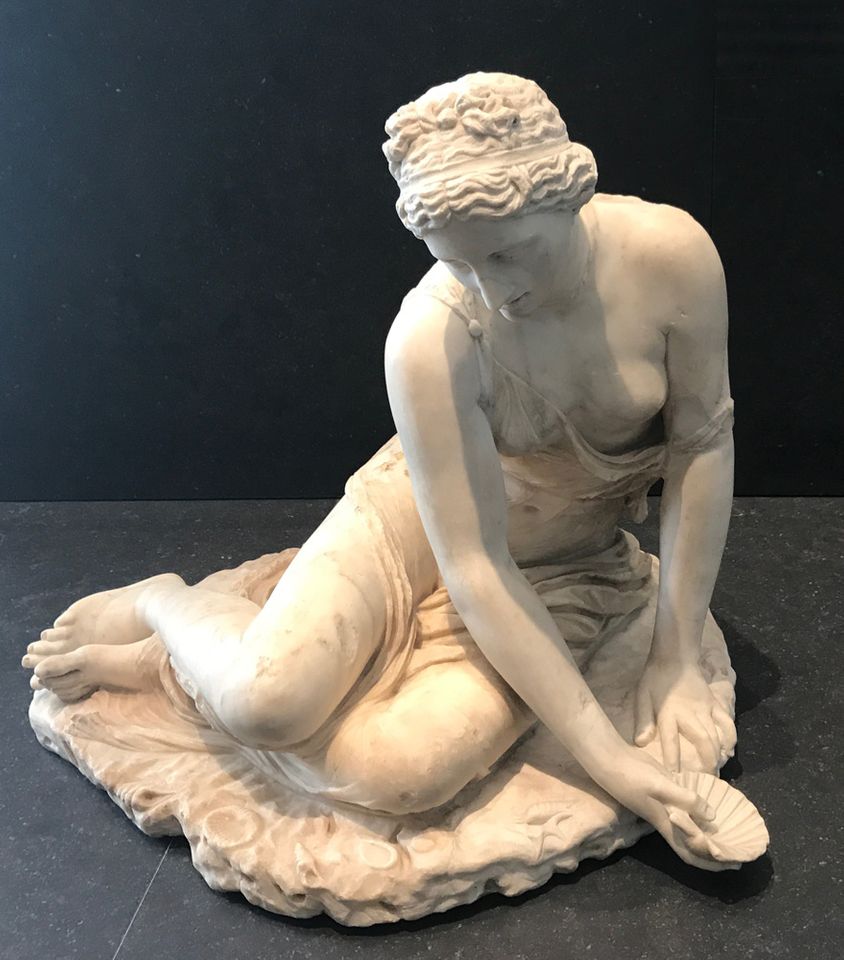 In the Middle East, male nudity is just as taboo as female, yet the displays in Louvre Abu Dhabi include the bronze by the 16th-century sculptor Primaticcio of the naked Apollo Belvedere, two naked (apart from their original fig leaves) fighters by Canova, and Rodin’s naked, striding man on a column. Lent by the Louvre, the Chateau of Fontainebleau and the Musée Rodin. Voltaire was a deist, that is, someone who believes that God exists but does not intervene in human affairs. He also deplored the violence exercised in the name of religion, but wanted people to realise that it was man who was to blame, not God: in a verse letter of 1768 to atheists, he wrote:

“Criticize the servant, but respect the master.  God should not suffer for the stupidity of the priest:  Let us recognise this God, although he is poorly served.”

In this sense, Voltaire is a powerful thinker to invoke against the actions of ISIL and similar obscurantist groups.