Object lessons: a print by Edvard Munch, a Zsolnay charger and a poster for TFL by Jean Dupas Young Woman on the Beach. The Lonely One (1896) by Edvard Munch Sotheby's

Sotheby’s, New York, 23-24 October: Important Prints and Multiples Including Property from the Collection of Catherine Woodard and Nelson Blitz, Jr.

Young Woman on the Beach. The Lonely One (1896) by Edvard Munch

This rare, signed mezzotint by the Norwegian Expressionist artist Edvard Munch—considered a masterpiece of the artist’s oeuvre—is star of the of consignment of 22 works from the print holdings of New York collectors Catherine Woodard and Nelson Blitz, Jr. The subject, a woman standing alone on a shoreline, back to the viewer, derives from Munch’s painting The Lonely Ones (1891-92)—a composition that the artist revisited throughout his career. While the painting shows a couple, this work, showing only the woman, may suggest love lost. Just twelve such impressions, in seven inking and colour variants, are known to exist, and most belong to public collections. This one, a particularly defined example labelled “3te Druck” (third impression) on the verso, has been shown at the Art Institute of Chicago and the National Gallery of Art, Washington, DC. The auction includes three other prints by Munch, ranging in estimate from $150,000 to $1m. 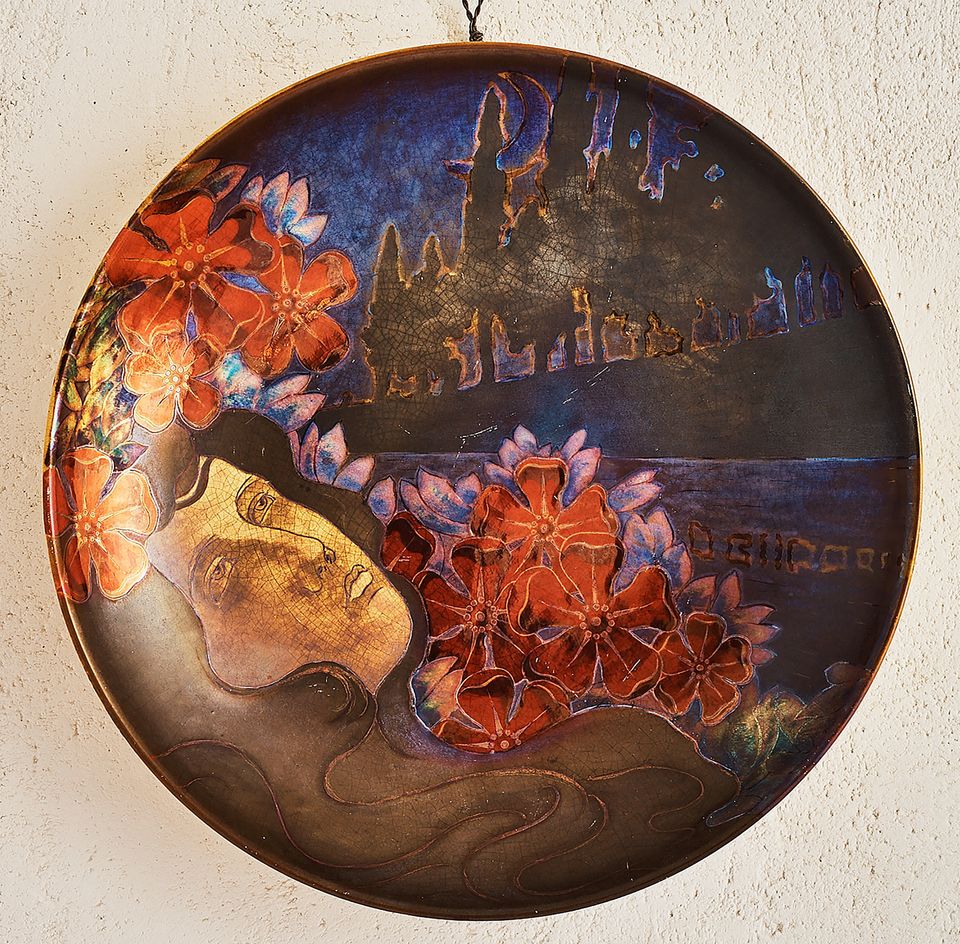 This lustre-glazed earthenware charger, created by the Hungarian porcelain and stoneware manufacturer Zsolnay, depicts an Ophelia-like figure. In the late 1880s, the Zsolnay factory became internationally recognised for its innovative products; among other achievements, it introduced pyrogranites, a ceramic durable enough to be used as decorative building materials. In 1878, the factory won a Grand Prix at the World’s Fair in Paris for its ingenuity and art nouveau style, which was partly influenced by Islamic artistry. “This work was collected by Rudolf Schmutz, a Viennese collector of some renown”, explains Brent Lewis, the house’s director of design. When present owner, New York ceramics dealer Jason Jacques bought it, he “selected [it] directly from Schmutz’s wall from two other Ophelia chargers he had as the best example in terms of quality of execution”. This one could set a new auction record for the type; in 2012, Rago Auctions in New Jersey sold a Zsolnay charger for $18,750 against an estimate of $3,000-$5,000. 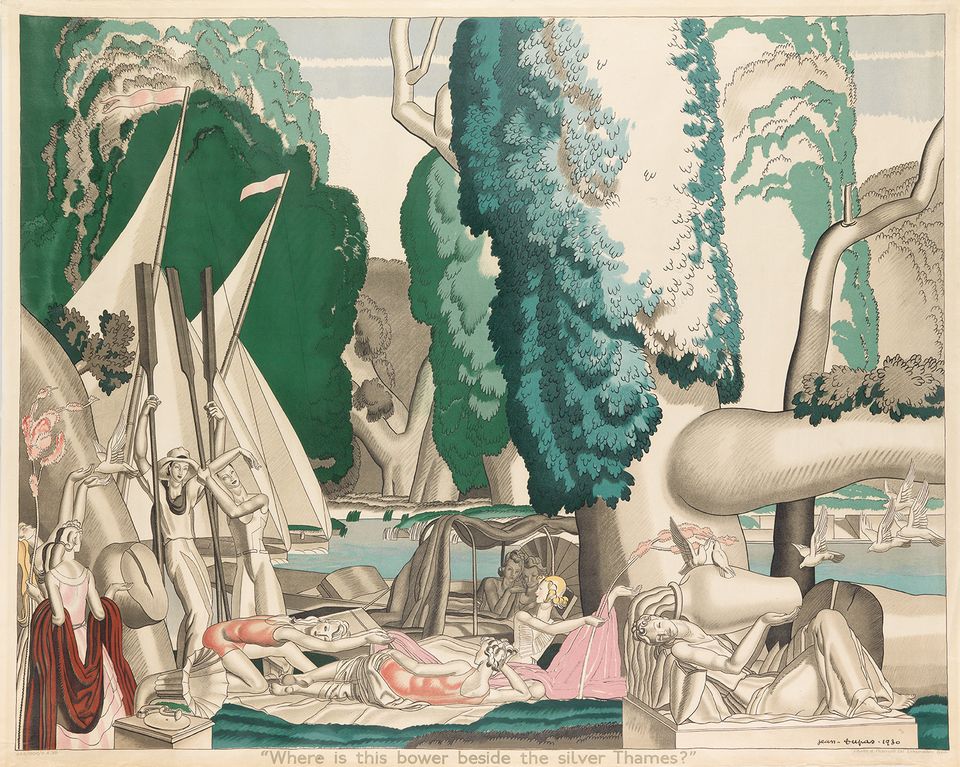 Thence to Hyde Park, Where Much Good Company, and Many Fine Ladies (1930) by Jean Dupas Swann Auction Galleries

Thence to Hyde Park, Where Much Good Company, and Many Fine Ladies (1930) by Jean Dupas

The house’s sale of works from the golden age of luxury travel features six posters by the French artist Jean Dupas that were commissioned by the London Passenger Transport Board, now known as Transport for London, to promote its launch in 1933. This poster paints an idyllic image of London high society in the form of a fashionable parade of strolling men and lounging women, depicted in Dupas’ signature art nouveau style. Another example of this work achieved £20,000 (est. £7,000-£9,000) in a Christie’s, London sale in 2010. Although the poster is being offered in less than pristine condition, with some staining and repaired tears, among other flaws, it retains a collectable value for its small scale, as Dupas was best known for producing large-format murals. Earlier this year, Sotheby’s, New York achieved $1.4m for an assemblage of eight panels that Dupas created for the lavish S.S. Normandie ocean liner; the artist’s flair for sweeping compositions and grandeur is evident even in the much smaller scale of this poster.