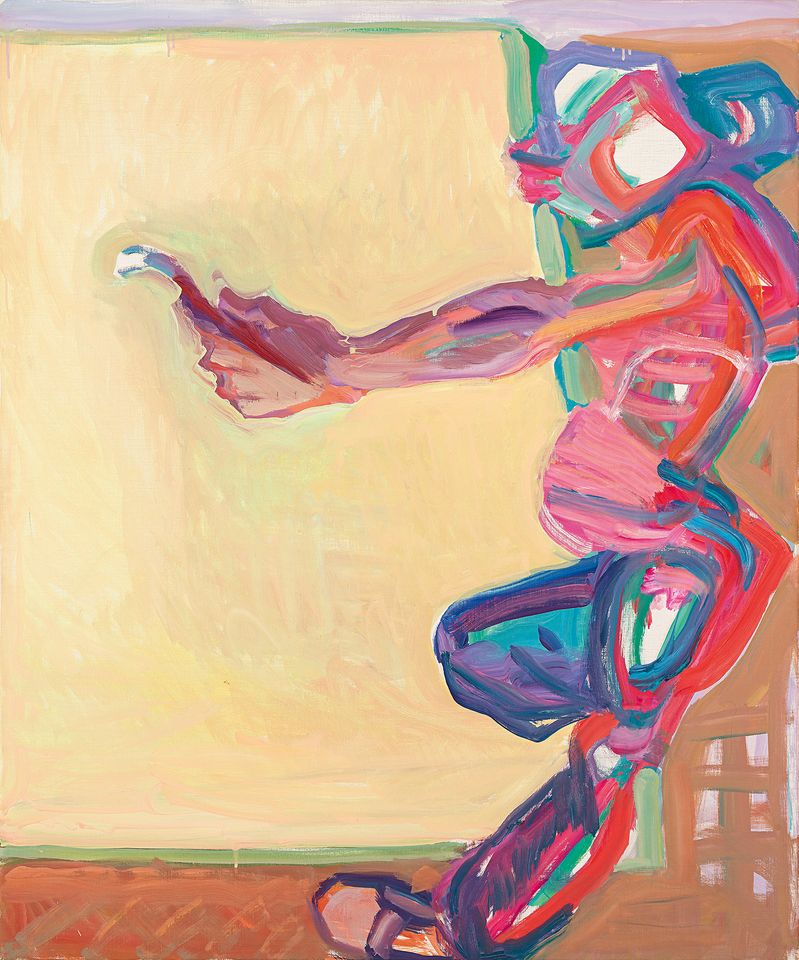 This is one of two late pieces in the sale by Austrian artist Maria Lassnig (1919–2014) from her 1980s Body series. A shift from her earlier abstract work, Lassnig painted the figurative series after she returned from New York to her native Vienna to live and work (she was the first female university professor of art in German-speaking Europe) until her death. Although she was shown by the avant-garde Viennese gallery Galerie nächst St. Stephan in her early career, Lassnig moved to Paris, where she met André Breton and Paul Celan, and then New York, and only received critical acclaim in her 60s. A year before she died, in 2013, she received the Golden Lion award at the Venice Biennale for her life’s work. Since then her star has risen, with solo shows at Hauser & Wirth London (2017) and Tate Liverpool (2016). In 2014 Dorotheum sold Der Wald (1985) for an artist-record price of €491,000 with premium. A.B. 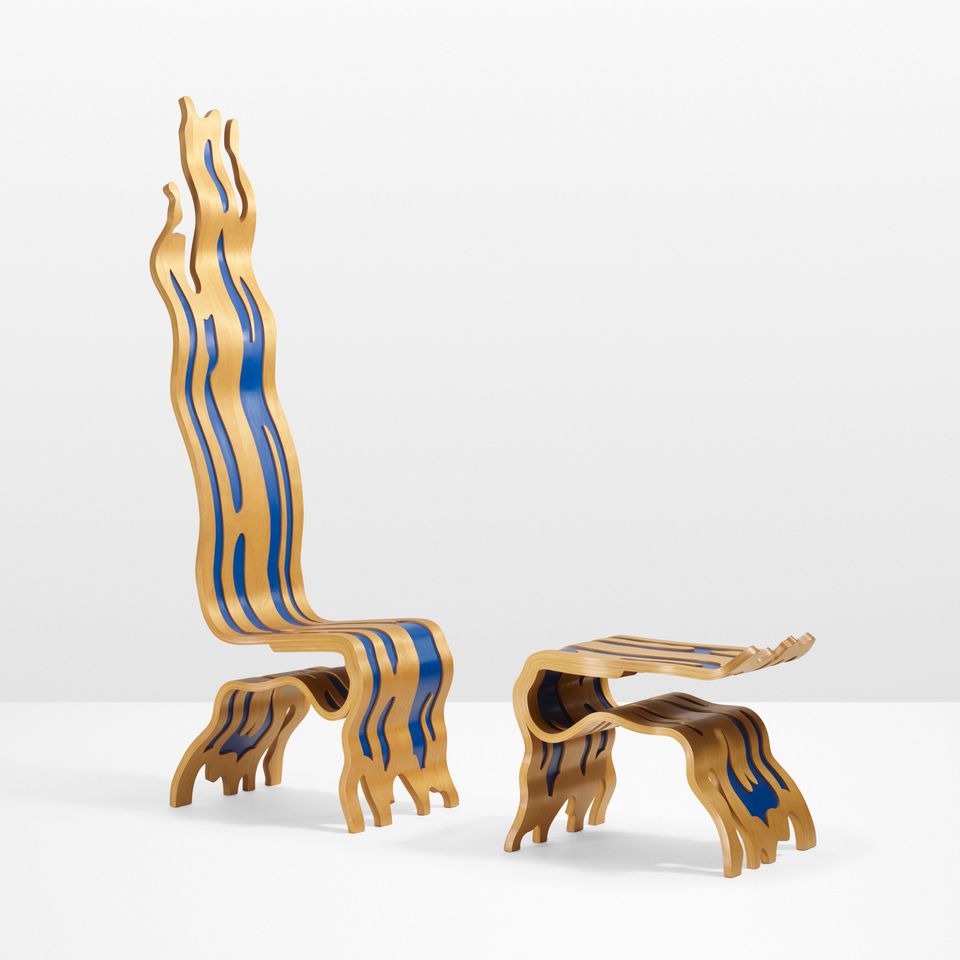 The Brushstroke Chair and Ottoman, made from laminated and lacquered white birch plywood, is the bon à tirer from an edition of four and one of the last remaining in private hands (eight editions of the chair without the ottoman were also produced, as well as variations in bronze). Lichtenstein’s stylised brushstroke motif was appropriated from a 1964 comic called Strange Suspense Stories by Dick Giordano. An edition of the set last surfaced on the market nearly two decades ago in 2000 when Christie’s New York sold an edition for $182,000 (est. $150,000-$200,000). Other editions are included in major collections and one featured in the first comprehensive survey of the artist’s career in 2012 at Tate Modern, London. G.Ai 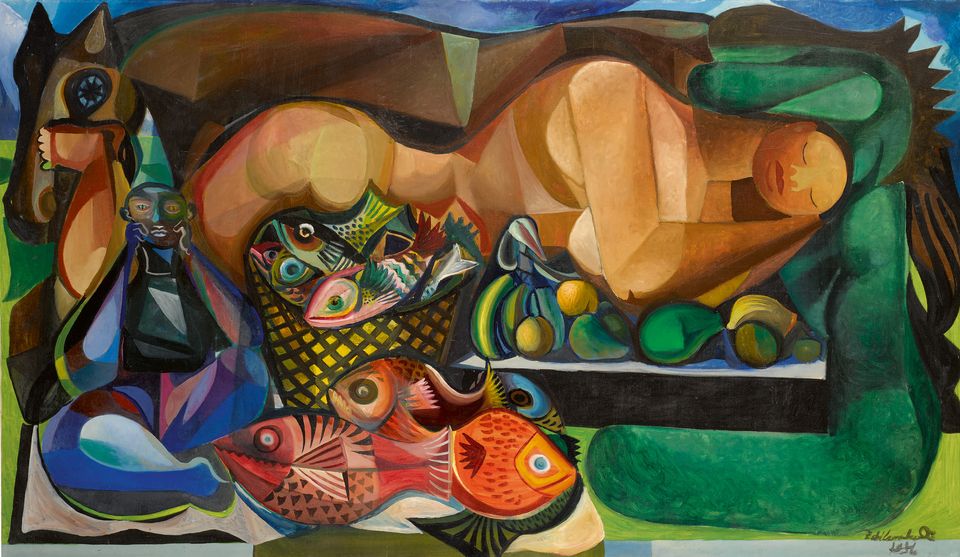 This sensual, vibrant and nationalistic oil painting was created in the final period of the artist’s career, when he had settled back in Brazil after fleeing Paris around the start of the Second World War. The Brazilian Modernist and his contemporaries, such as Lasar Segall and Ismael Neri, sought to create a style of art free of European influence, translating German Expressionism and Cubism into a uniquely Brazilian aesthetic. In 1948 the artist lectured on this subject at the Museu de Arte de São Paulo, which had organised a comprehensive survey of his work. Di Cavalcanti’s art was an instrumental influence in the Brazilian Constructivist movements of the mid-20th century and the Tropicalism movement of the 1960s. The central figure of the composition was likely modelled after the painter Noêmia Mourão, the artist’s wife and a recurring subject in his work from the 1930s onwards. The work sold in 2000 at Christie’s New York, fetching $886,000. G.Ai