Object lessons: a double-spiral nail work by Günther Uecker from the collection of Helge Achenbach and other auction highlights 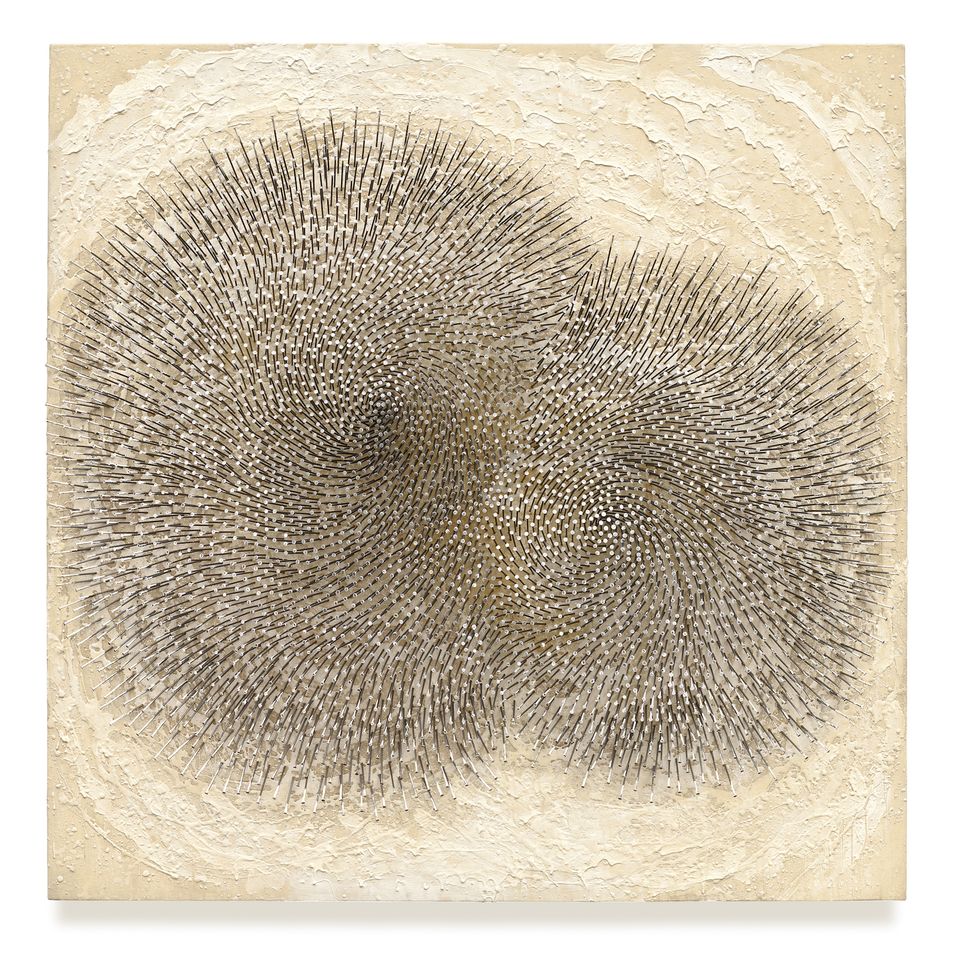 The first double-spiral work by the artist to surface at auction, comprised of urchin-like puffs of nails, comes from the collection of the former German art dealer Helge Achenbach, who acquired it from Galerie Hans Mayer of Düsseldorf in 2011, “right after the artist had finished it”, says a spokeswoman for Van Ham. In 2015, when Achenbach was sentenced to six years in prison for fraud, the piece was withdrawn from an exhibition at the K20 museum of Grabbeplatz. The conservatively priced work was acquired by Van Ham in a subsequent insolvency auction, although the auction house does not anticipate that its provenance will deter bidders; according to the spokeswoman, the Günther Uecker Archive has both authenticated the piece and recognised it as a “central work” of the artist’s oeuvre. The piece is being offered “with a light layer of dust and minor loss of material, but without damage”, reads the condition report. Earlier this year, Christie’s London set the record for the artist with a large-scale spiral diptych, called Spirale I, Spirale II (Doppelspirale) (1997), which achieved £2.6mwith premium (est £1m-£1.5m). 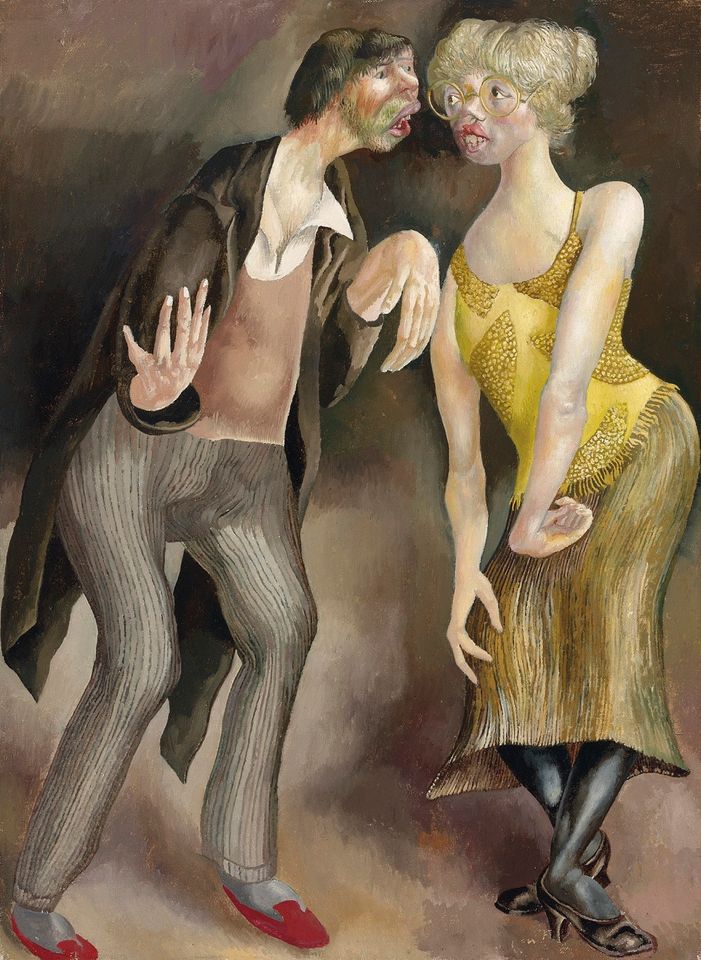 The distorted oil painting is the sixth in the artist’s Beatitudes of Love series, a group of ten works that deals with the conventions of relationships and marriage. The late British artist completed the series between 1937 and 1938, when he lived alone in Cookham, Berkshire. Spencer had just divorced his first wife, the artist Hilda Carline, and had been rejected by his second wife Patricia Preece, an openly lesbian artist with whom he had an unconsummated marriage. Spencer, a devout Christian, as the title of the series suggests, often wrote sexually explicit stories around the fictional characters of his paintings, such as the Cowman and Wife” of this work. Most of these stories, along with his personal letters, including letters to Carline suggesting a threesome with Preece, are now held in the Tate archive. The work, which belonged to St. John’s College, Oxford, before being purchased by the current owner in 1966, has been shown in major institutions and featured in a travelling survey of the artist’s career that kicked off at Tate Britain in 2001. In 2013, Christie’s sold a pencil study for the painting for £22,500 with premium (est £20,000-£30,000). 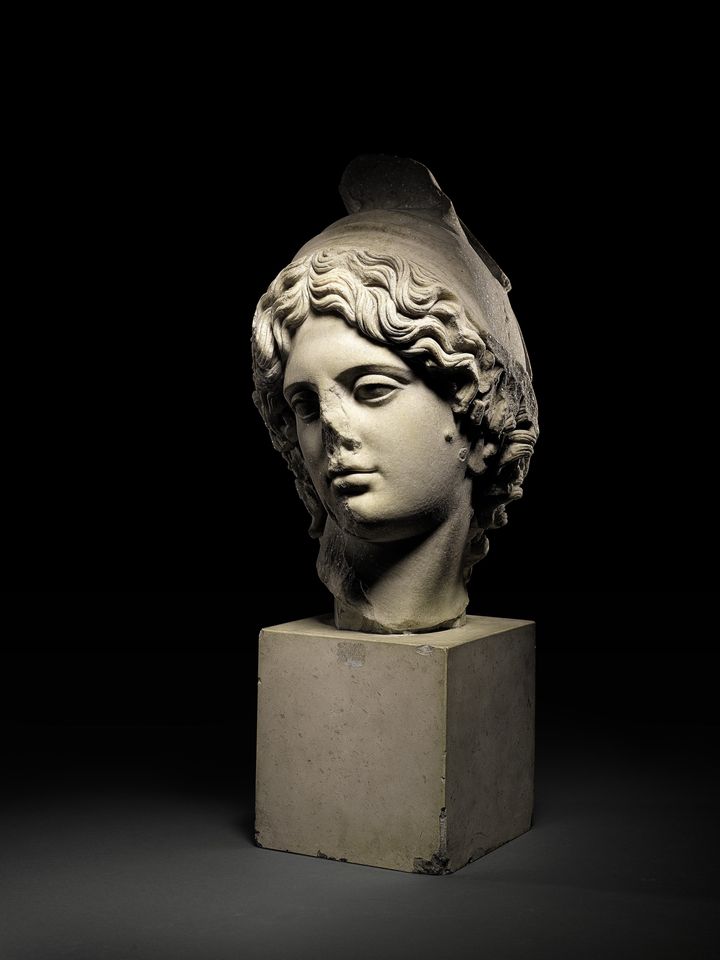 This carved marble head, the only known copy of a lost classical Greek sculpture, depicts the mythological hero Ganymede, an adolescent boy from Troy who was abducted by Zeus to serve as the wine-pourer of Olympus. The work originally belonged to the collection of the late Italian antiquarian and art dealer Arthur Sambon, a “renowned Parisian and antiquarian and art dealer of Italian descent, who published various articles on ancient sculpture and coins including a 1931 survey of sculpture through the ages that illustrates the marble head”, says Florent Heintz, Sotheby’s worldwide head of antiquities. The sculpture, showing Ganymede wearing a Phrygian cap that is knotted at the back, with curls falling from the sides and nape of his neck, is “one of the most precisely and sharply cut Roman marble heads we have offered for sale in recent memory and powerfully captures the character of the figure, transporting the viewer back thousands of years in its gaze”, Heintz adds. Similar examples exist in the Louvre in Paris, the Vatican and Hever Castle in England. In 2007, Sotheby’s sold another marble head of Ganymede, less finely carved, for $186,000 (est $30,000-$50,000).