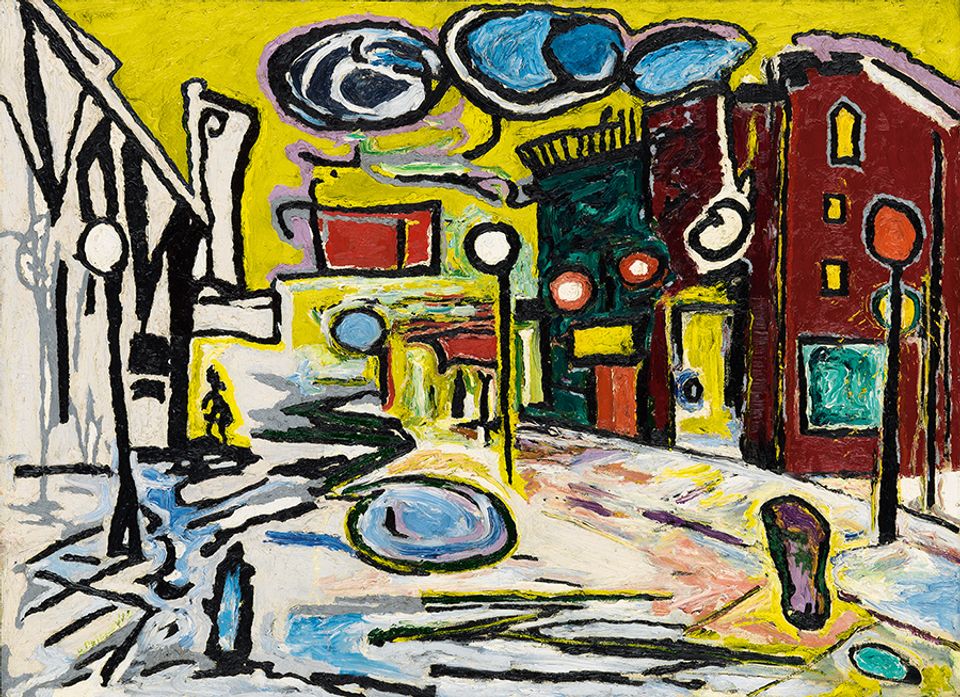 This vibrant oil painting by the African American artist Beauford Delaney shows a street corner of New York’s West Village. The Knoxville, Tennessee-born artist moved to New York after a stint in Boston in 1929, living first in Harlem and later at 181 Greene Street, supporting himself as a part-time art professor and custodian at the Whitney Museum. Delaney’s early works primarily consist of portraiture rendered in pastels, but in the late 1940s the artist shifted his focus to oil paintings of streets and interiors. Nigel Freeman, the director of the auction house’s African American art department, says Delaney “became well known for these expressive depictions of [the] Village in his distinctive thick impasto technique”. Most paintings from this New York period, however, are now lost: the artist received a scholarship to the Yaddo Art Colony in Saratoga Springs in 1951, leaving most of his work behind, then moved to Paris, where he spent the last three decades of his life. The only other similarly large painting to surface at auction—called Street Scene (1950)—set the artist’s auction record in 2008, making $176,250 (est $50,000-$80,000) at Clarke Auction Gallery in Larchmont, New York. 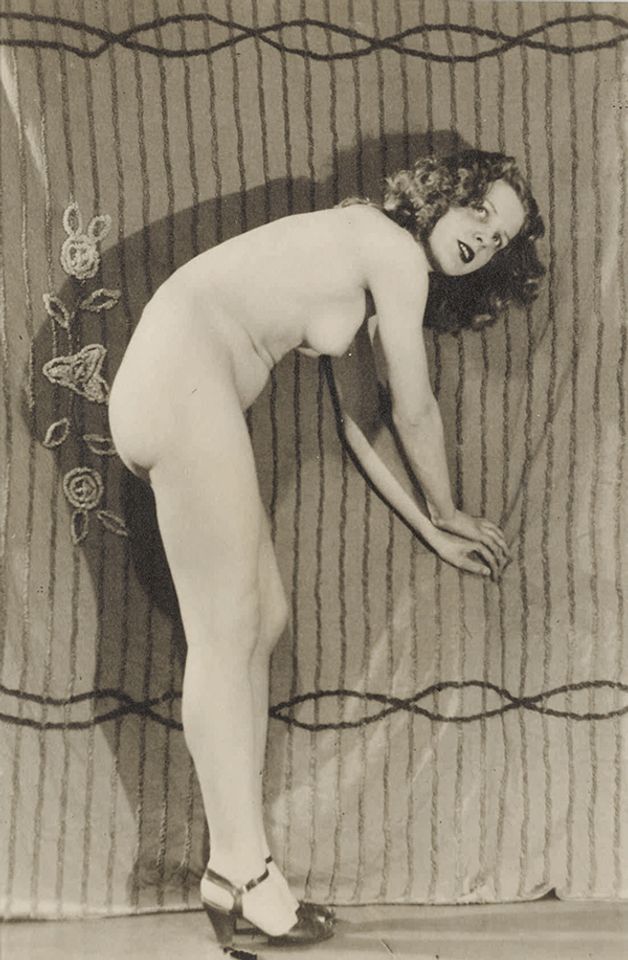 The self-taught US artist Eugene Von Bruenchenhein shot hundreds of pin-up style photographs of his wife, Eveline Kalke—whom he nicknamed Marie—in the 1940s in their home in Milwaukee, Wisconsin. This lot of 36 framed photographs—the largest such group to be offered at auction—were acquired directly from Marie in 1989 and were shown for the first time last year in an exhibition at the Museum of Sex in New York. Von Bruenchenhein’s images have attained a kind of cult status for their cheerful eroticism, but he was also a skilled painter and sculptor, often creating works from salvaged materials like chicken bones. This set of photographs of Marie in various poses and backdrops, using slices of fabric as makeshift headpieces and lingerie, displays his homespun ingenuity. The artist earned a modest living working at a bakery and only rose to fame posthumously when the John Michael Kohler Arts Center in nearby Sheboygan acquired most of his archive. Now a staple of the Outsider genre, Von Bruenchenhein’s work is included in major museums like the Smithsonian American Art Museum of Washington, DC. 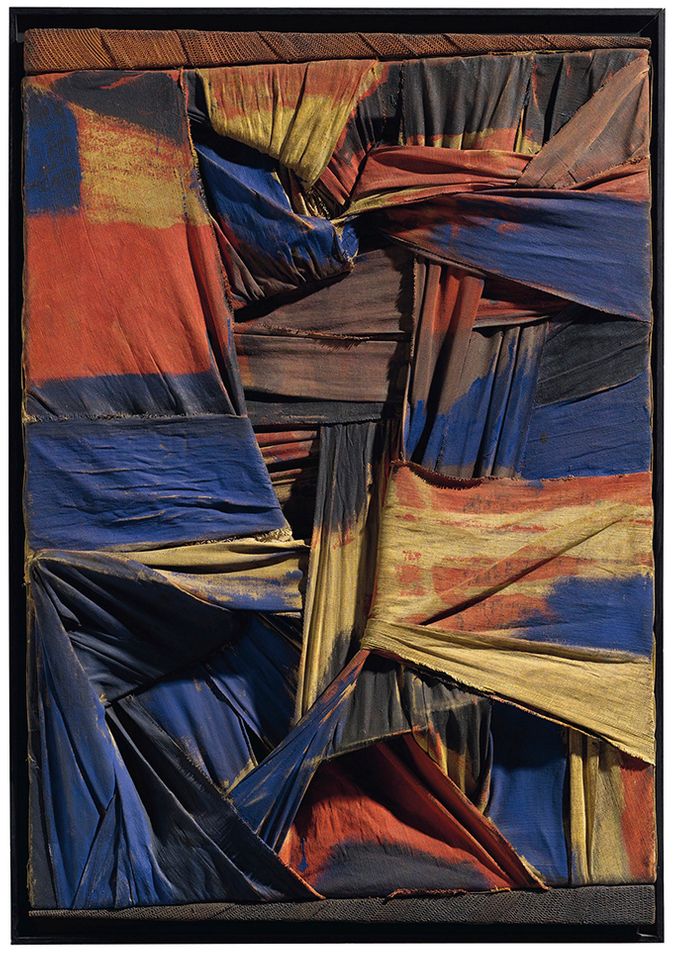 The Italian-American artist Salvatore Scarpitta made this “bandaged” work, comprised of swathes of painted, ripped canvas, in what is considered his annus mirabilis. After serving in the US Navy during the Second World War—where Scarpitta was one of the Monuments Men who sought to salvage and catalogue works of art seized by Nazis—the artist worked in Rome for some time and showed this work in a solo exhibition at the influential Galleria La Tartaruga. Later that year, Scarpitta returned to the US, where he was represented by the New York dealer Leo Castelli. In the late 1950s, Scarpitta wrote that he had been changed by war: “I started ripping up the oil paintings [because] the canvas had become an utter enemy for me—it was a necessity connected with my human experience”. Ammiraglio, made of strips of blue, red and black, is “only one of the two works made with coloured bandages, [but all] works by Scarpitta are very sought-after”, says a specialist of the auction house. The painting, which was recently featured in a major survey of Scarpitta’s work at the Galleria Arte Moderna of Turin from 2012 to 2013, has never been offered at auction. Sotheby’s in London set the artist’s auction record in 2016 with all-red bandaged work called Forager for Plankton (1959), which made £2.1m (est £1m-£1.5m).