Object lessons: a Broodthaers décor, the head of Sekhmet and a rare portrait of a female court jester 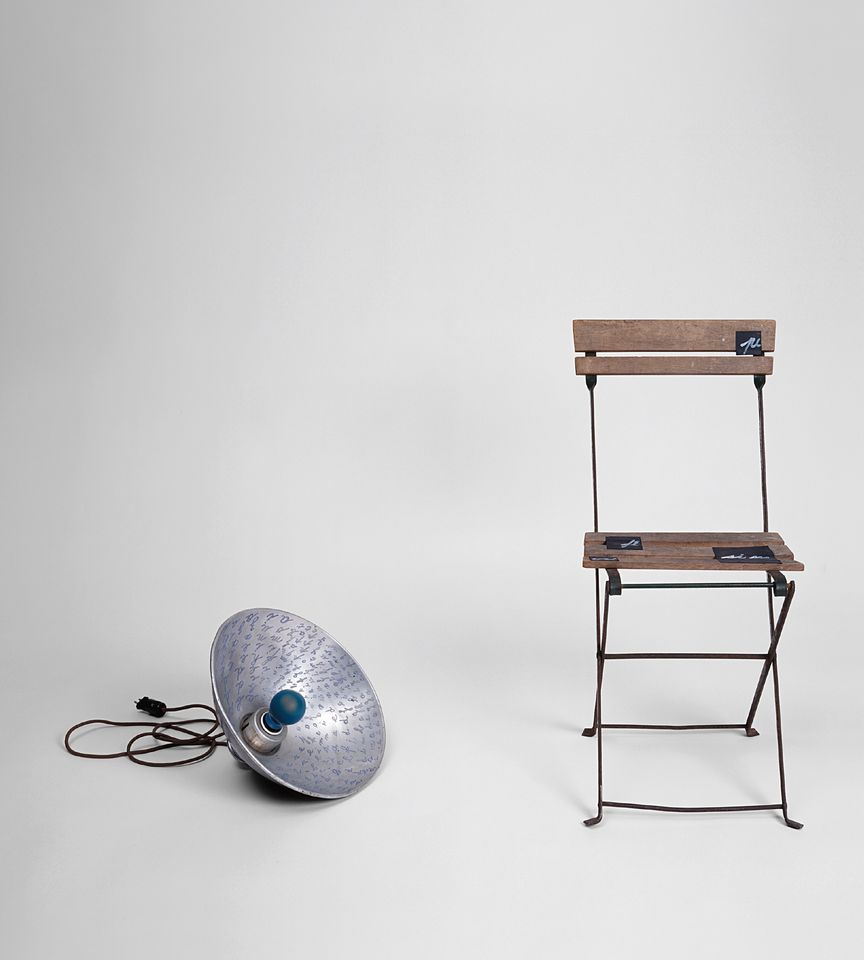 The late Belgian artist, who made a living as a poet and critic until 1964, when he was 40 years old, is known for highly conceptual works, like this assemblage of found objects including a folding chair and a photographic lamp with a blue bulb, whose shade is inscribed with the letters of the alphabet. Broodthaers, following on the heels of Marcel Duchamp’s ready-mades, rejected the term ‘installation’ as an art form and instead referred to these types of works as ‘décors’—works comprised of visual and verbal cues that suggest open-ended interpretative narratives. This piece was included in Broodthaers’s first posthumous survey in London’s Tate Gallery in 1980 (the show later travelled to the Museum Ludwig, Cologne). Due to the esoteric nature of the décors and his related text-based pieces, Broodthaers’s market was quiet for some decades—this work last traded at auction at Sotheby’s London in 1996, where Galerie Hauser & Wirth, Zurich, bought the work for £38,000 (est. £40,000-£50,000). But thanks in part to an exhibition organised last year by the Museum of Modern Art (MoMA) that travelled internationally, his market has seen a small spike, as his relevance to contemporary makers such as Danh Vo becomes apparent. 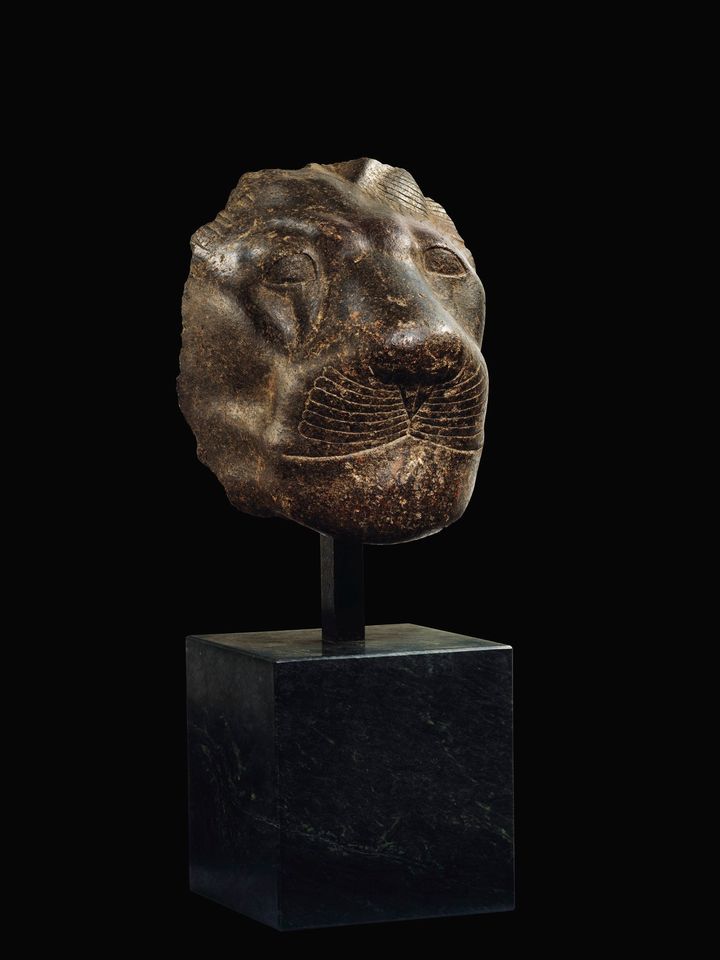 This granite sculpture was created more than three millenniums ago, during the reign of Amenhotep III, and depicts Sekhmet, a leonine deity of ancient Egyptian mythology. Archaeologists have discovered hundreds of tributes to Sekhmet in the pharaoh’s mortuary temple on the West Bank of Luxor and around the lake of Mut, south of the nearby Kamak temple, since the 19th century. This fragmentary artefact was excavated around 1938-39 and is an unusual object to see outside of museums, as well-preserved heads “are rare on the market and are therefore very sought after”, Laetitia Delaloye, the director of the house’s antiquities department, told The Art Newspaper. The statue has been kept in the collection of the Swiss antiquities dealer Elsa Bloch-Diener since 1974, and her eye is evident in the quality. “The polish of the stone is extremely smooth, with the incised details of the mane, hair, whiskers and mouth adding to the naturalistic depiction of the lioness. She is very much alive, fierce and calm at the same time,” says Delaloye. “It is a piece that was created to give its owner great strength.” 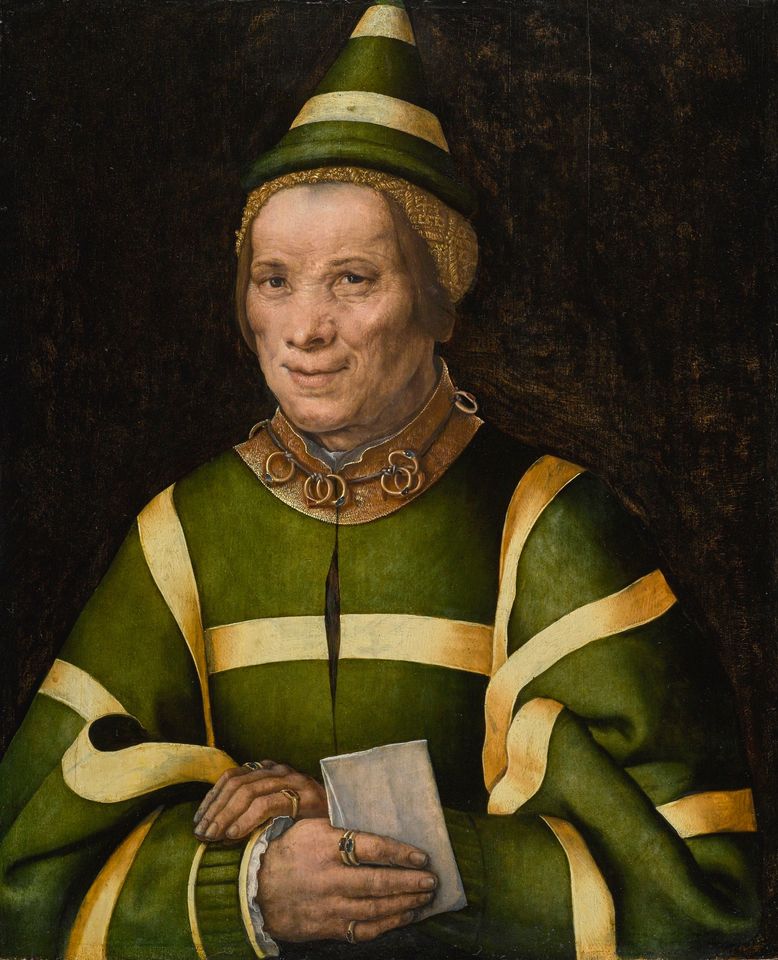 Portrait of Elisabet, Court Fool of Anne of Hungary (around 1504-1556) by Jan Sanders van Hemessen. Photo courtesy of Sotheby's.

Portrait of Elisabet, Court Fool of Anne of Hungary (around 1504-1556) by Jan Sanders van Hemessen

One of only a handful of portraits of female jesters known to exist, this work depicts Elisabet, who amused the court of Anne of Hungary and her husband, Ferdinand I, the Holy Roman Emperor and archduke of Austria. Jesters, sometimes called fools, entertained royal and noble courts with performances and stories, and often became beloved members of the household (the tradition is said to have waned by the mid-1600s). There are just three other known portraits of Elisabet, including two that are catalogued but lost and a more brute rendering (in comparison to the portrait being offered) in the collection of the Kunsthistorisches Museum, Vienna, that came from the collection of Ferdinand and Anne’s son, called Foolish Elss (Die blöde Elss). Like the present lot, it features the subject wearing a necklace with rings worn as pendants, an accessory perhaps related to a ‘ring and chain’ magic trick. Although this painting’s spotty ownership history means its authorship has been lost, experts now agree that the portrait was likely created by the Flemish Renaissance artist Jan Sanders van Hemessen.

Update: the work sold for around £2.2m with premium.