Object lessons: a Cuban vanguardian work, a Noguchi sculpture with a Hollywood history and a Ragamala miniature painting 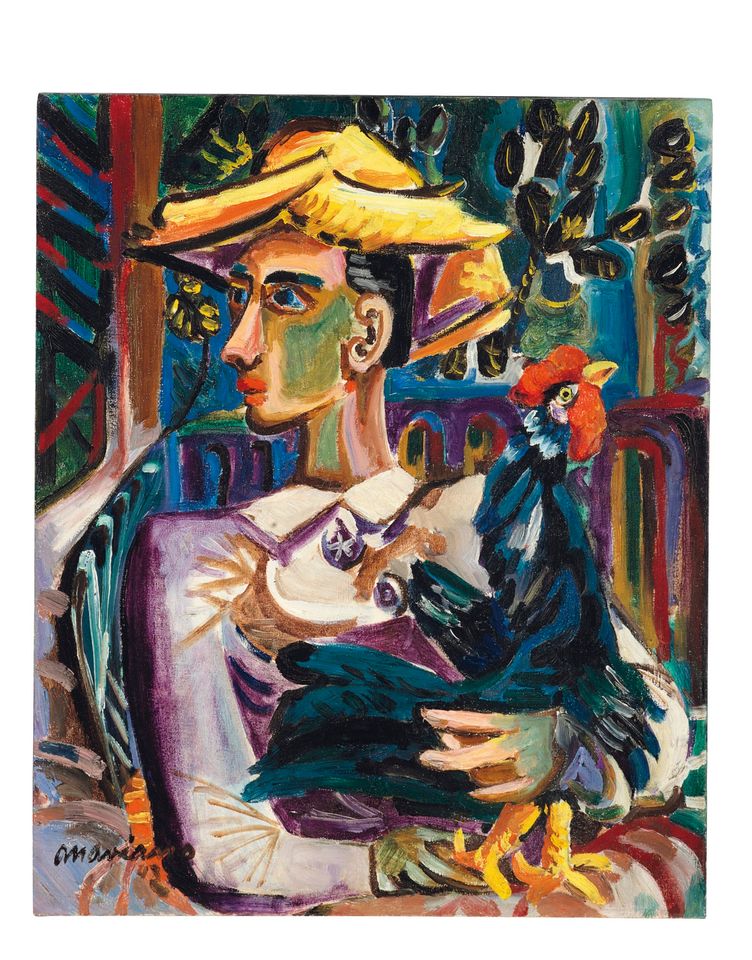 The Cuban vanguardian painted roosters in every phase of his career, sometimes rendering the animal in the fighting rink (cockfighting remains an emblematic sport of the country). This painting shows another motif that often surfaces in the artist’s work: the guajiro, a Cuban term used to describe a man from the countryside or a farmer. Together, the figures offer “a colouristic tour de force that sheds the progressive social concerns of earlier vanguardia artists for a purely pictorial, rather than sentimental, distillation of the nation”, Abby McEwen, of the University of Maryland, writes in the catalogue. The work was first shown in 1944 at the Museum of Modern Art (MoMA) in New York in an acclaimed exhibition of Modern Cuban painters organised by the museum’s founding director Alfred Barr, a proponent of Cuban art (the show travelled to The National Gallery of Art in Washington, D.C. and other American institutions). The painting last surfaced on the market at Sotheby’s in New York in 2009, where it sold for $483,000 with premium (est $125,000-$175,000).—Gabriella Angeleti

An onyx sculpture by the Japanese-American artist with a colourful Hollywood history is one of the highlights of the sale. In 1946, the artist gave the work to the film director John Huston and actress Evelyn Keyes (best known for her role as Suellen O’Hara in Gone With the Wind) as a gift on their honeymoon. The couple divorced three years later, and Huston suggested they toss a coin toss to determine which of them would keep their art collection. Keyes won, and kept the sculpture along with works by Pablo Picasso, Paul Klee, Rufino Tamayo and other artists, as well as an extensive collection of pre-Columbian art. In 1957, Keyes gave the sculpture to the film producer Mike Todd as an engagement gift, although Todd left Keyes six weeks later for Elizabeth Taylor, and returned the sculpture (and died a year later in a plane crash). When Keyes passed away in 2008, the sculpture was bequeathed to the film producer Allan Glaser and his partner, the actor Tab Hunter, who are now offering the sculpture at auction for the first time.—Gabriella Angeleti

Update: the lot did not sell. 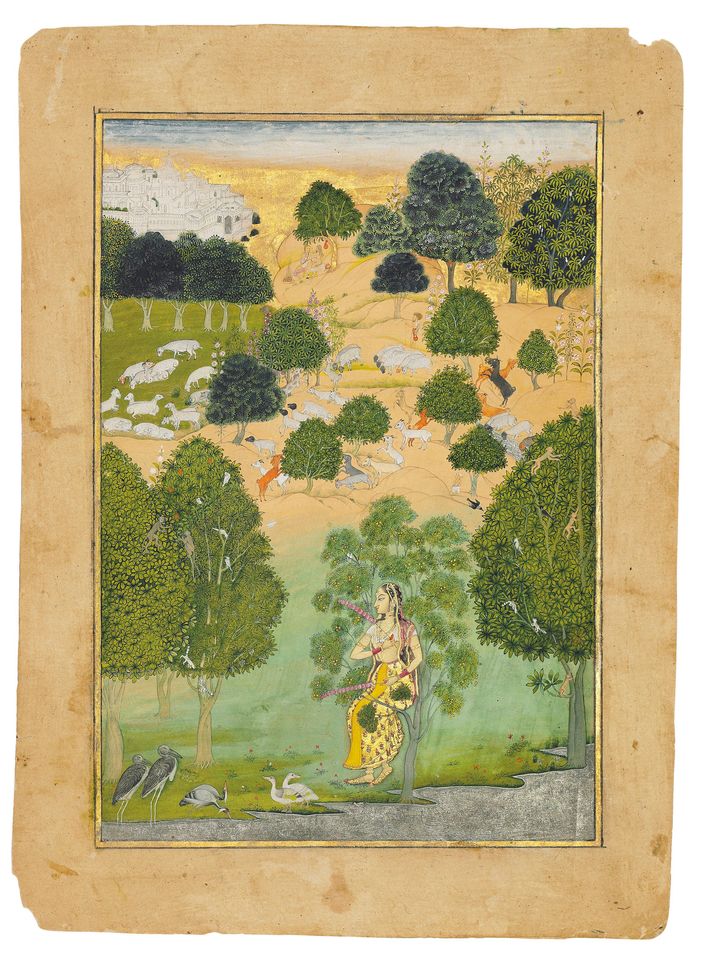 This finely painted Rajasthani miniature is a highlight of the 29-piece Moscatelli collection of Ragamala paintings. Ragamala paintings—in which a series of ragas, a set of musical modes originating in medieval India, are given a visual representation—flourished from the late 15th century onwards. The works often explore the relationship between lover and beloved, and by extension between the human and the divine. The essence and emotion of the Gauri Ragini—an evening raga assigned to autumn, or to melancholic or contemplative moods—is captured in this work, where a female character, who is lingering for her beloved by a river, is shown on the foreground of an extensive landscape filled with animals and birds, which visually heightens her solitude. The high finish of the work and use of light pastel colours reveal the influence of Bikaner court painting, as well as that of both Mughal and Deccani court painting. This combination has produced a particularly elegant and delicate rendering of Gauri Ragini, which must once have been part of a series comprising at least 36 equally exquisite paintings.—Henrietta Cockrell