Our pick of highlights from upcoming auctions and fairs 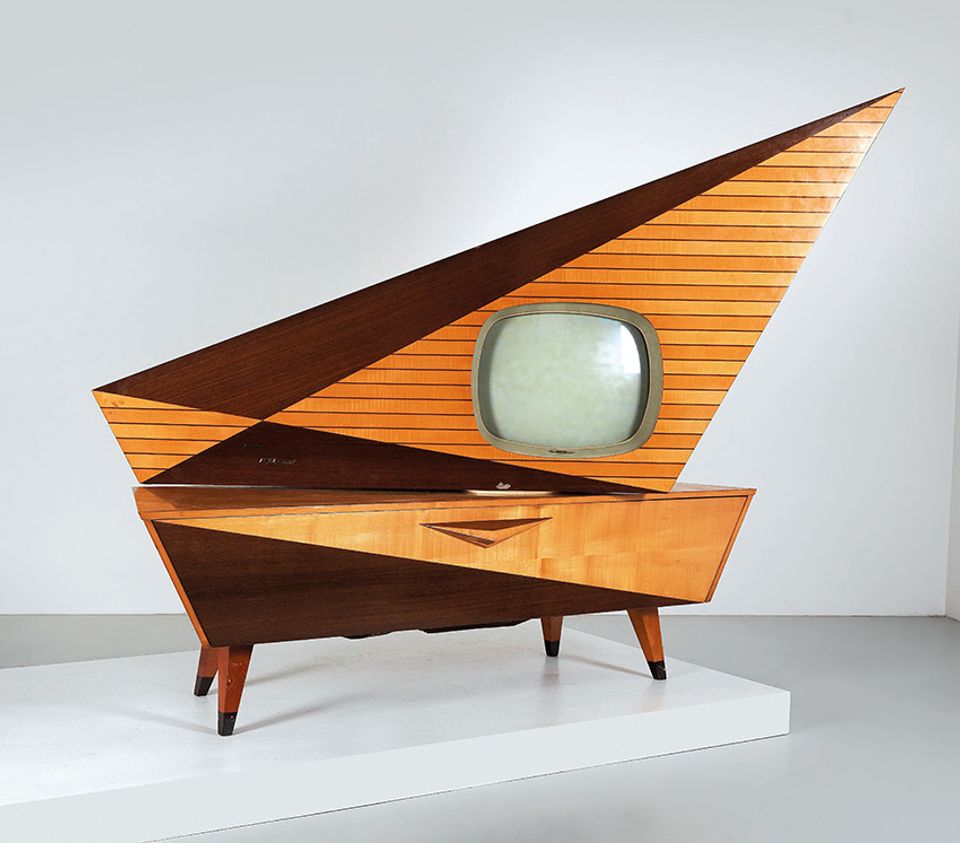 The retro relic was designed by the German entrepreneur Gerhard Kubetschek, who founded the furniture and electronics manufacturer Kuba-Imperial in Wolfenbüttel, Germany, in 1948. The company quickly gained acclaim for forward-looking designs delivering mass media into homes. This futuristic “Kuba Komet” entertainment console, identified as model 1233, is made of veneered wenge and maple, and comprises eight loudspeakers, a 21-inch television, a radio receiver, a magnetic tape recorder and a record player, with an upper cabinet that rotates. The piece retailed for around $1,000 in the late 1950s and the early 1960s, or around $10,000 in today’s currency. Around 900 pieces were built before the factory closed in the early 1970s, of which around 14 are extant, according to the auctioneer, which contributes to the cult following of the model. Matthias Harnisch, a specialist of the house, says that there is “no guarantee for electrical and electronic fittings”—meaning that the house cannot confirm whether the model works–but that the piece does come with various original materials, including an invoice and instructional manual. In 2011, a non-functioning example of the same model fetched $3,250 in a sale held by the Austin Auction Gallery in Texas. 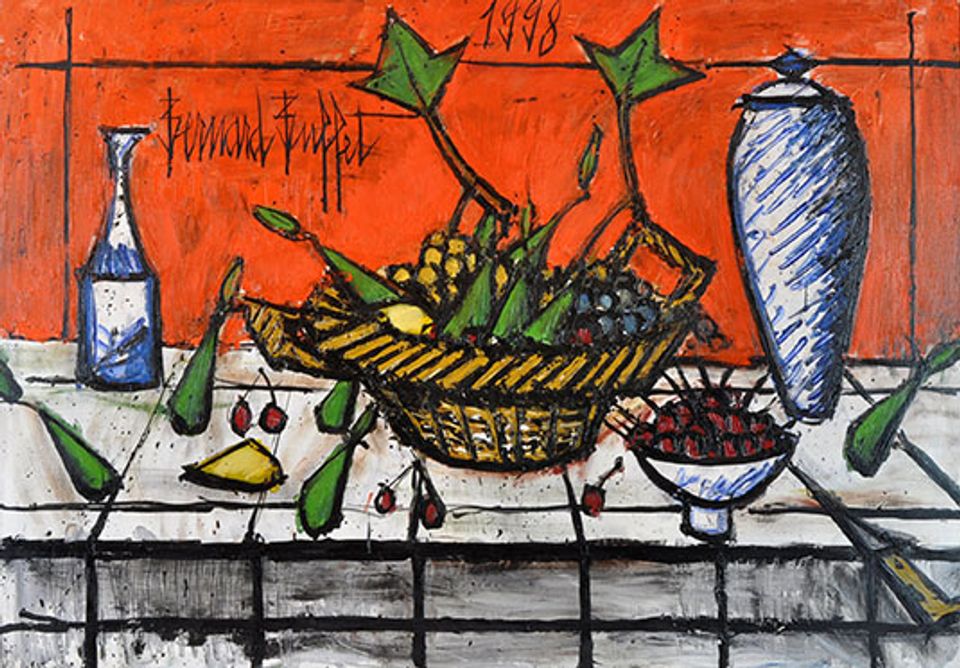 This still life by the French Expressionist artist Bernard Buffet, once considered an artistic heir to Pablo Picasso, was created one year before his suicide by asphyxiation at the age of 71. Buffet’s career arguably peaked in the 1950s, when he was lauded for his starkly political paintings and was known to mingle with Parisian luminaries like Jean-Paul Sartre and Pierre Bergé (who ultimately left him for Yves Saint Laurent). Although he died in obscurity, Buffet’s market has lately been undergoing a reappraisal, and his star has seen rising popularity in Asia. Last year, a vibrant oil painting of musician clowns set an auction record of £1m for the artist at Christie’s in London; a new biography by Nicholas Foulkes posited Buffet as the first “mega-artist”; and the Musée d'Art Moderne de la Ville de Paris organised a survey of his oeuvre. Although the work is from a less historical period, it is in excellent condition, and was acquired by its Miami-based consignor from Carel Galleries in 2002 for $75,000. Works of a similar composition and imagery “seem to be doing well, with results ranging anywhere from $40,000 to $250,000 or more”, Christopher Mayor, the president of the auction house, told The Art Newspaper. 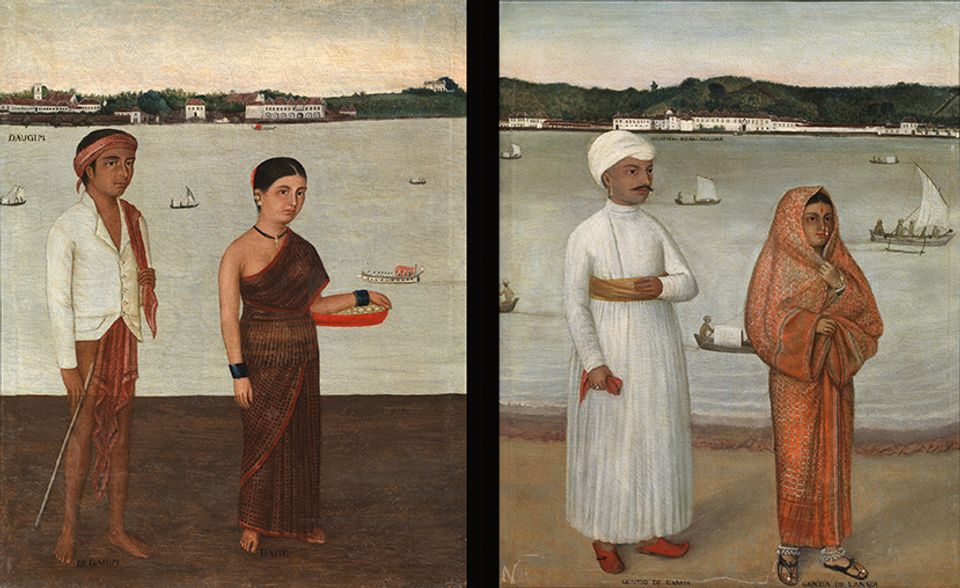 As part of his presentation during the Asian Art in London festival, the London/Lisbon art dealer Jorge Welsh highlights the cultural melting pot of the Indian state of Goa. After being conquered as a strategic spice-trading port in the early 16th century, the state remained a province of the Portuguese crown until 1961, and this pair of landscapes provides valuable documentation of the colonial period. The two views of the Mandovi River are attributed to José Maria Gonsalves, a member of the Goan Catholic elites of Portuguese descent, who was also active in Bombay in the early 1800s. Offered as a set, one painting depicts the Palácio de Recreio dos Vice-Reis and the Madre de Deus friary in the village of Daugim, while the view of Panelim shows the Royal Military Hospital in the background. In the foreground of each stand a man and a woman in traditional Hindu dress. According to Welsh, the words on the bottom are terms from the indigenous Konkani language meaning ‘married woman’ and ‘worker’, while the two captions below the Hindu couple refer to their attire. As an especially instructive blend of the artistic and the anthropological, these widely published paintings “are unavoidable in any study of 19th century Goa, as well as the history of Portuguese art and presence in the East”, says the dealer.