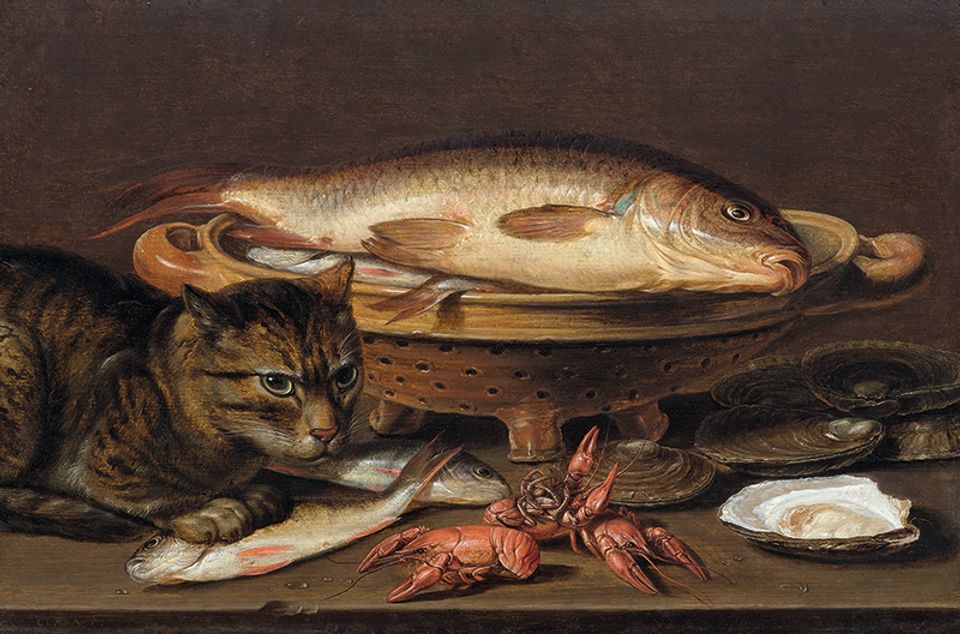 This oil on panel painting is an ontbijtje, or “breakfast piece”, a subgenre of still-life in the 17th century that shows both opulent and commonplace domestic objects and food. Karoline Wester, the auction house’s head of Old Master and 19th-century paintings, says the piece can be interpreted as a “sort of memento mori reminding the viewer to live a good life, for everything has a beginning and an end”. Religious symbolism is also prevalent in this work; the cat, who stands alert with its ears pointed back and one paw claiming his trove, may symbolise temptation and greed, while the fish may refer to Christ. Peeters, an Antwerp-born artist, was one of few female painters active in the Golden Age, and only about 40 of her works survive. Similar compositions, showing seafood on a table and what appears to be the same feline, are held in the collection of the National Museum of Women in the Arts of Washington, DC, and the Musée des Beaux-Arts of Antwerp. The Museo Nacional del Prado in Madrid recently staged a major survey of the artist’s work, the first time the museum dedicated a solo exhibition to a female artist. This painting has been held in a private European collection since 2011, when the present consignor acquired it from Sotheby’s New York for $68,500. 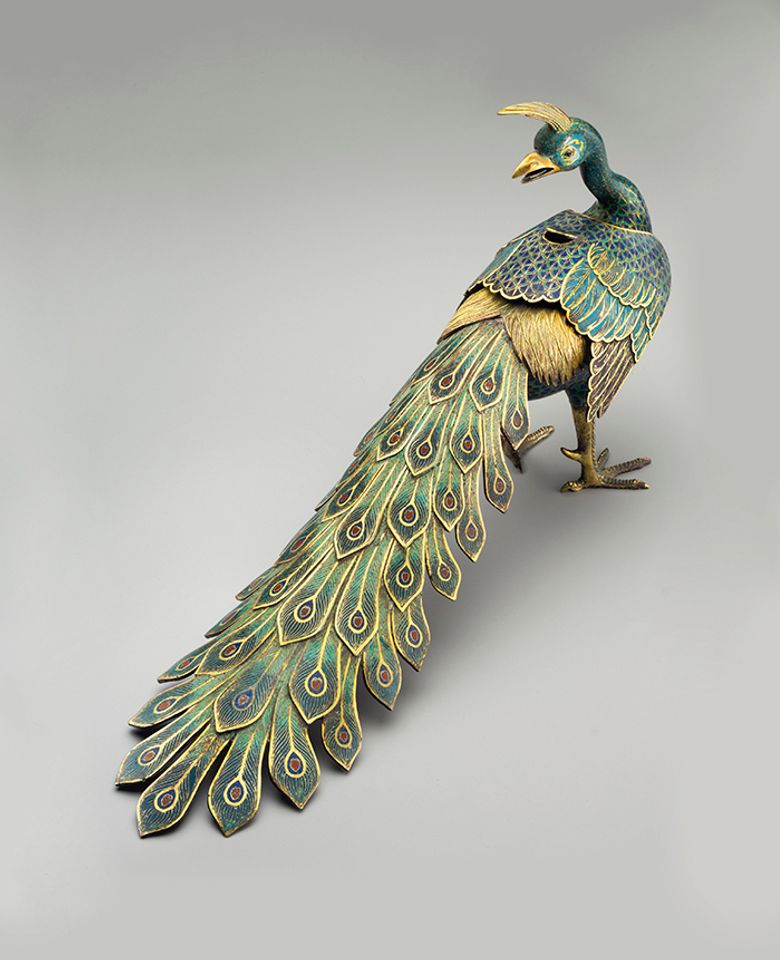 Capping a fortnight of Asia Week auctions, this incense burner is one of few known cloisonné birds of the Qianlong period (1736-1795) in the form of a peacock. The breed “are auspicious birds that were kept by the Emperor Qianlong in the palace grounds”, says Vicki Paloympis, a specialist in the auction house’s Chinese works of art department. According to Paloympis, the Palace Museum of Hong Kong holds a 1758 scroll called Qianlong guan kong que kai ping (Emperor Qianlong Watching the Peacock in its Pride), which depicts the emperor observing peacocks in the imperial gardens. “The inscription of the painting indicates peacocks were sent as tributary gifts from foreign dignitaries, [and] the emperor further noted on the painting that, when at leisure, he took pleasure in watching these curious birds sway their bodies around the palace grounds”, says Paloympis, noting that the imperial peacocks had been taught how to fan their tails. The bird, made of enamel, glass and gemstones, measures nearly 17 in and is portrayed with its beak open and standing with clawed feet, surrounded by a gilt feather crest and a long tail of overlapping feathers. Christie’s Hong Kong sold a pair of cloisonné peacock censers for HK$8.4m, about $1m, in 2012. 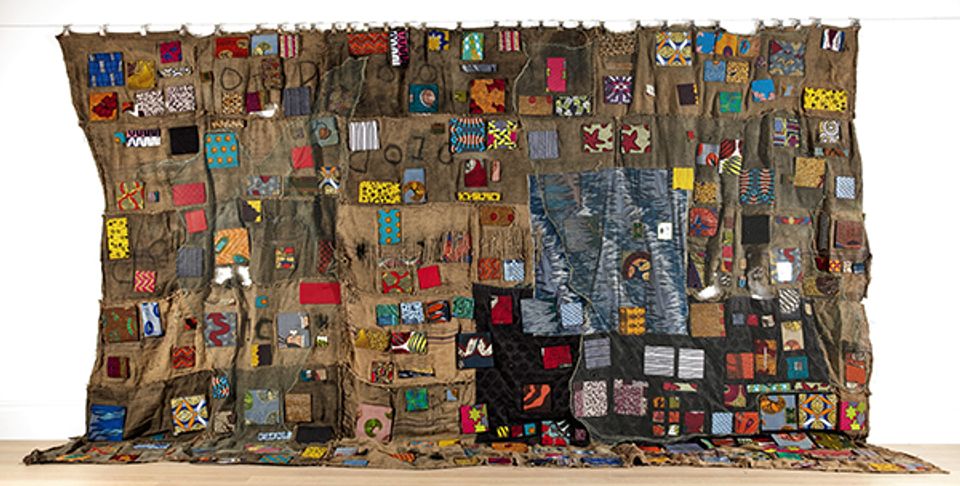 The auction house’s second sale of Modern and Contemporary African art features an early “jute sack” work by the Ghanaian artist Ibrahim Mahama, a series the artist began in 2012 that deals with the history of slavery and Ghana’s international trade during and and after the colonial era. The work being offered is one section of a piece that was originally around 146 metres long, which was assembled over two years and titled after an annual arts festival in Jamestown, Accra, where it was first shown in 2014. The piece comprises repurposed jute sacks, fishing nets and panels of Dutch wax fabric, a type of colourful cloth with batik print, a mainstay of Ghanian fashion since the 1930s that was originally exported from Holland. Other mixed-media collages Mahama has created have been included in major presentations like Documenta 14 in Athens and Kassel last year, as well as the 56th Venice Biennale in 2015. The artist, who was born in 1987, is relatively new to the secondary market; last year, Christie’s London set the his auction record with a smaller and less complex piece that made £40,000 (est £20,000-£30,000). The present work “looks stunning on any wall that can accommodate it, whether that is in a domestic setting or institutional, [although] we would consider this a museum-quality piece given not only its scale but also the date of the work and the significance of the location of its first installation [in the historic city of Jamestown]”, says Hannah O’Leary, the auction house’s head of the department.