Chief among the treasures to emerge from the Osaka-based Fujita Museum is this ancient wine vessel, which was acquired before 1940 by the family of museum founder Denzaboro Fujita. A very rare example of a Shang dynasty vessel in the form of an animal (there are only about a dozen known examples), this ram-shaped vessel is extraordinary for its artistry and naturalism, its fine patina and near-perfect condition; after 3,000 years, there is just one little break to the tail. It’s also incredibly charming, a sacred beast whose body is embellished with tigers and dragons—with a little bird sitting on its haunches employed as the handle for the cover. “We don’t really understand how and why such vessels were used, because they were made at the time of the advent of language in China,” explains Michael Bass, Christie’s specialist in Chinese works of art. “But it was clearly meant to be appreciated up close.”

Update: Due to severe weather conditions in New York, the sale has been rescheduled for 15 March. It was previously scheduled for 14 March.

This handsome Ming plate, measuring 14in in diameter, is highly unusual because of its experimental resist technique, with all the reserves left in white. “There are only four known dishes of this design,” says Angela McAteer, the head of the Chinese works of art department at Sotheby’s. “The technique was either abandoned or forgotten until it was revived in the 18th century.” Two other examples are held by the Palace Museum in Beijing and the Museum of Oriental Ceramics in Osaka, Japan. A third, once owned by the same Parisian collector as this one, was sold at Christie’s in 2015 for $2.6m. “Ours was almost certainly made for imperial use,” McAteer says. “It bears the reign mark on the underside of the rim. It is in perfect condition and the glaze is very unmarked.”

Update: Due to severe weather conditions in New York, the sale has been rescheduled for 15 March. It was previously scheduled for 14 March. 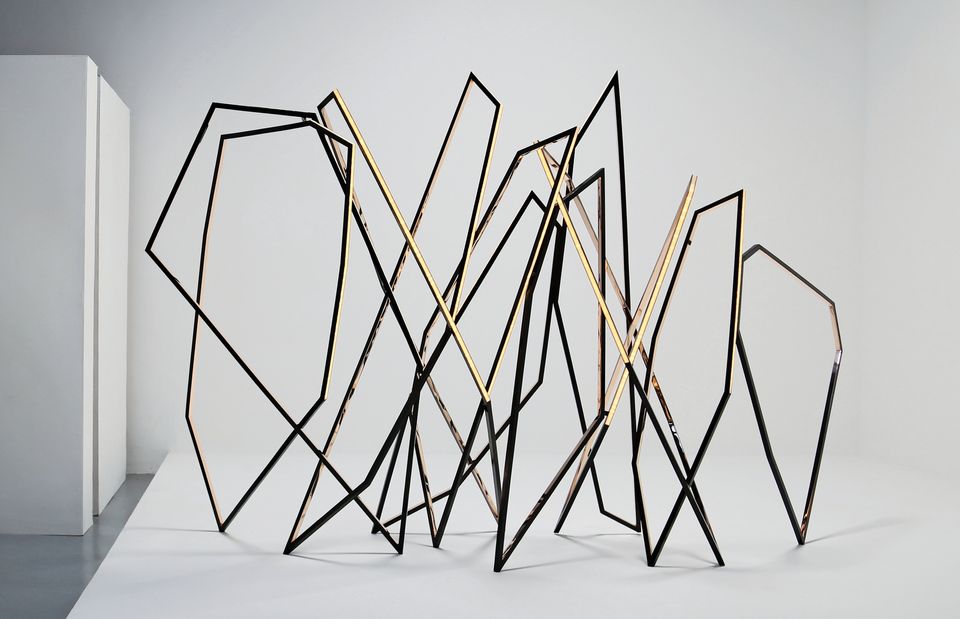 An Irish sculptor (whose name, appropriately, means light or radiance), Barry is known for the highly polished linked loops of her chandelier-like hanging sculptures. In this unique, free-standing sculpture, however, she is earthbound, exploring sharp angles in a room-size piece that simulates a person’s rhythmic steps. She has alternated bronze rods in a blackened texture with highly polished rose-coloured ones. These are further inlaid with LED lights encased in glass tiles. According to Merrill, “Walking is meant to be shown indoors but could be put outside in a protected space.”