Object lessons: a maquette by Barbara Hepworth, a Cubistic balalaika by Ben Nicholson and a work by Venice Biennale artist Mark Bradford 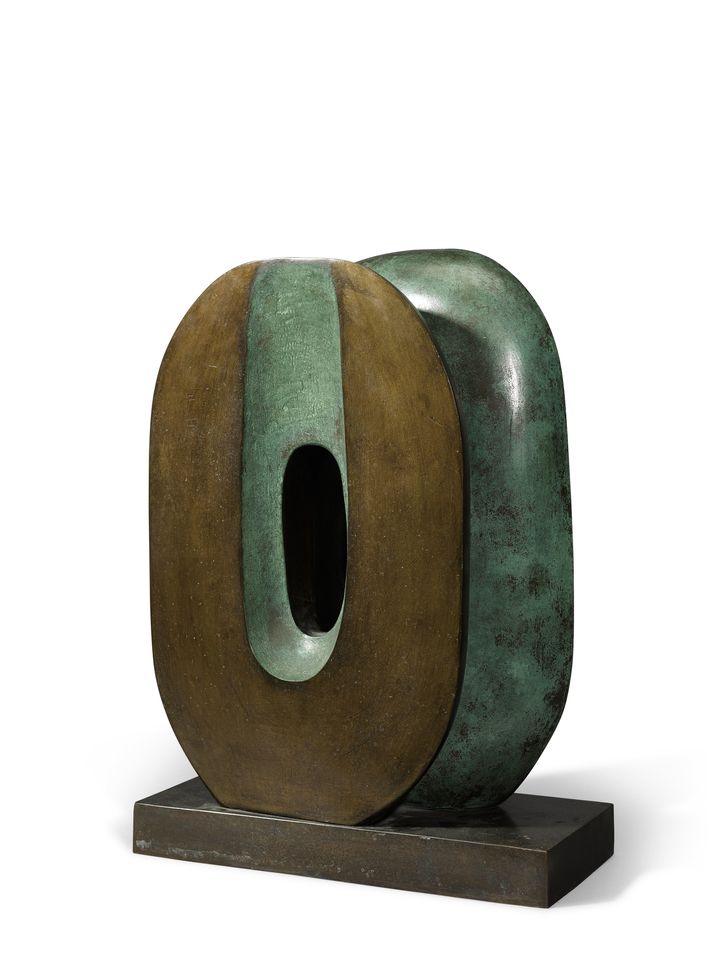 Collectors Mary and George Bloch spent four decades pursuing treasures, from antique snuff bottles to contemporary works; this day sale features selections from their trove of Modern sculptures, including five works by one of Britain's foremost Modern sculptors. This bronze maquette (the second of nine) derives from Hepworth’s Dual Form, a sculpture conceived in 1965 that was first installed outside of the Guildhall in St. Ives, Cornwall. Hepworth, who settled in St. Ives in 1939 with her husband, the artist Ben Nicholson, helped make the seaside fishing village a locus of mid-century abstraction. Drawing inspiration from the landscape, her elegantly reductive forms have become quite sought-after over the past three years, with significant pieces bringing seven figures at auction. This comparatively affordable maquette was acquired by the Blochs from Marlborough Fine Art of London in 1968, a year after it was shown in the British Pavilion of the Expo 67 fair in Montreal.

A highlight of the house’s evening sale dedicated to British and Irish works of art is a Cubistic depiction of a balalaika (type of Russian stringed instrument) by the late Ben Nicholson, who described his work as “not necessarily representational or nonrepresentational, but both musical and architectural”. Even before the artist befriended Pablo Picasso on a trip to Paris in 1933, this 1932 painting, in oil and pencil on gessoed board, shows Nicholson edging toward a more radical approach inspired by his sojourns among the Parisian avant-garde and was included in a major exhibition of his work organised at the Tate Gallery in 1993-4. John Russell wrote of the artist’s early 1930s works, “These paintings are the purest Nicholson: the fastidious fine-drawn line, the paint so transparent that the support seems to breathe through it, the delineation of objects which looks casual and elliptic but is really very much to the point. They give the feeling of life being lived on many levels, and of a world in which the image and the word are equal”. 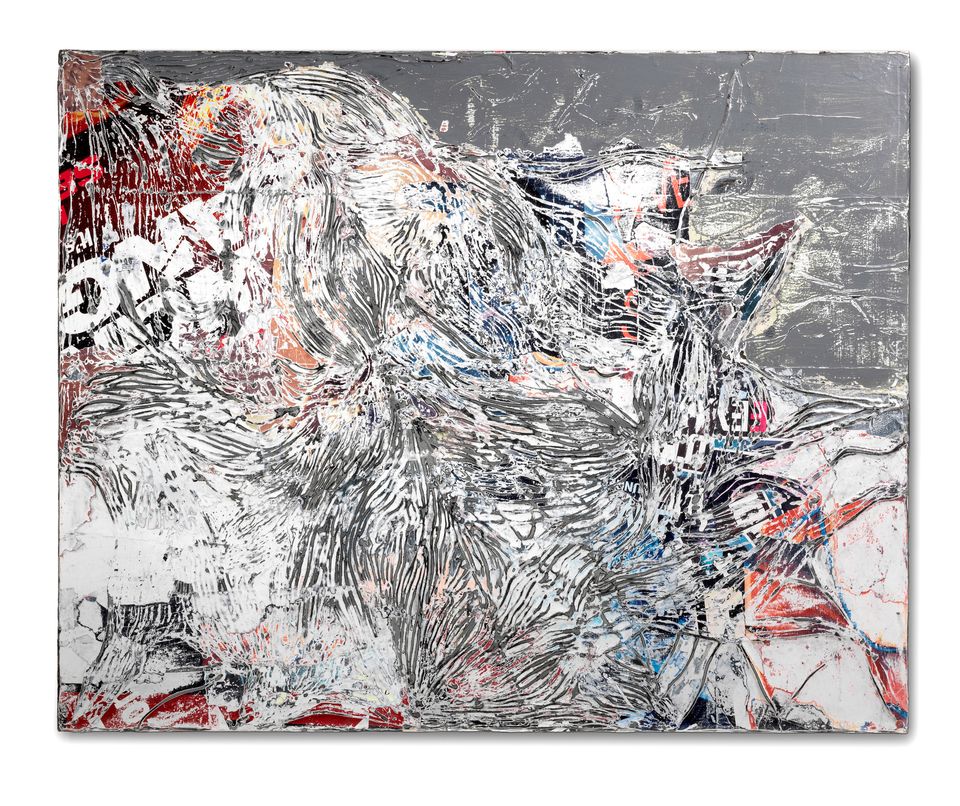 The highest-estimated of the house’s sale is a multimedia collage on canvas by the Los Angeles-born artist Mark Bradford, who is representing the US in the current Venice Biennale (until 26 November), a “tour-de-force showing that has left Bradford’s work in very short supply”, says Ralph Taylor, the director of the house’s Post-war and Contemporary art department in London. While mostly abstract, Bradford’s art often alludes to urgent social issues and the black experience in America; this work’s title derives from the writer Langston Hughes’s famous 1951 poem suite Montage of a Dream Deferred, which celebrates and commiserates with the Manhattan neighbourhood of Harlem and its residents. “This the best of Bradford, showcasing all the great elements of his work—a delicate and yet raw composition, with a textured and bright surface that gives the sense of a landscape or the whorls of a thumbprint”, adds Taylor. The work last appeared at Christie’s London in 2015, when it sold to the present owner for £903,000 with premium in 2015.