Object lessons: a painting of Igbo spirits by Ben Enwonwu, a whimsical collage drawing by Joan Miró and a two-faced bust by Lichtenstein 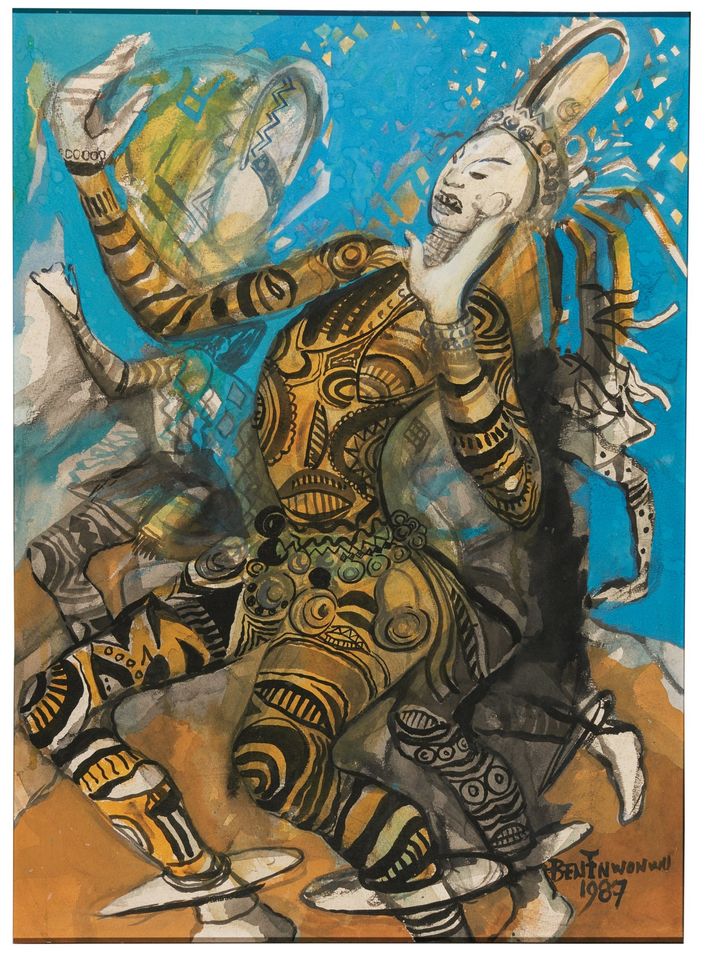 16 May: Modern and Contemporary African Art OGOLO (1987) by Ben Enwonwu

One of seven works by the late Nigerian Modernist in the auction house’s inaugural sale of Modern and Contemporary African art, this painting is one of the first of some 50 Ogolo-themed works that the Goldsmiths-trained painter and sculptor produced over the final decade of his career. The work, executed in gouache, pen and ink on cardboard, depicts a funerary rite enacted at his brother’s burial by masked performers representing the Agbogho, Mmuo and Ogolo spirits according to traditional beliefs of the Igbo, as Nigeria’s indigenous people are known. According to Enwonwu’s biographer Sylvester Okwunodo Ogbechie, the spectre of the Ogolo left a lasting impression, and the artist’s preoccupation with the subject thereafter “is suggestive of his confrontation with his own mortality”. Another of Enwonwu’s Ogolo works, dating from 1992, brought £67,000 with premium at Bonhams in 2014; the higher estimate here is reflective of rising interest in his oeuvre. 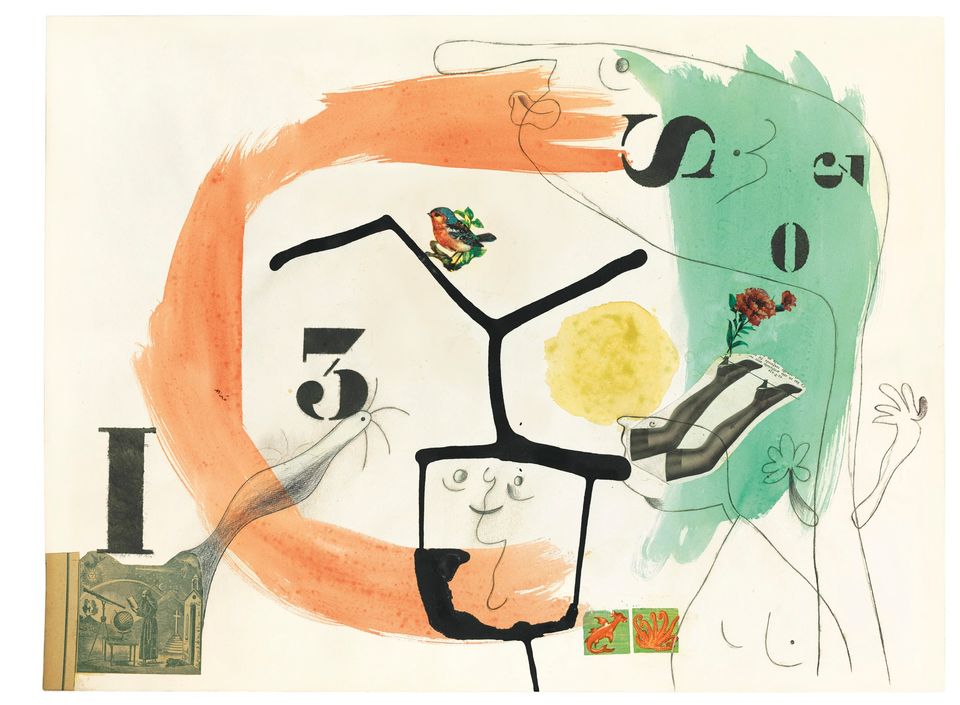 16 May: Impressionist and Modern Art Works on Paper Métamorphoses (1936) by Joan Miró

This collage-drawing, made up of watercolour, cut paper, decals, India ink and charcoal on paper, is from a series that the Spanish artist created from clippings of children’s books and kitschy postcards and advertisements. In this work, which dates from a hinge period in Miró’s practice between representation and abstraction, the artist “juxtaposes bold splashes of watercolour with precisely rendered personages and stencilled numbers and letters to create a whimsical, surreal environment”, says Vanessa Fusco, a specialist in the house’s Impressionist and Modern Art department. Offered at auction for the first time, the work was first owned by Miró’s primary American dealer, Pierre Matisse (the son of the artist Henri Matisse), who passed the work down to his son, Pierre-Noël Matisse, whose wife, Jacqueline Miller Matisse, is selling the work. In a market cluttered with Miró fakes, “its fresh provenance is particularly desirable”, adds Fusco. 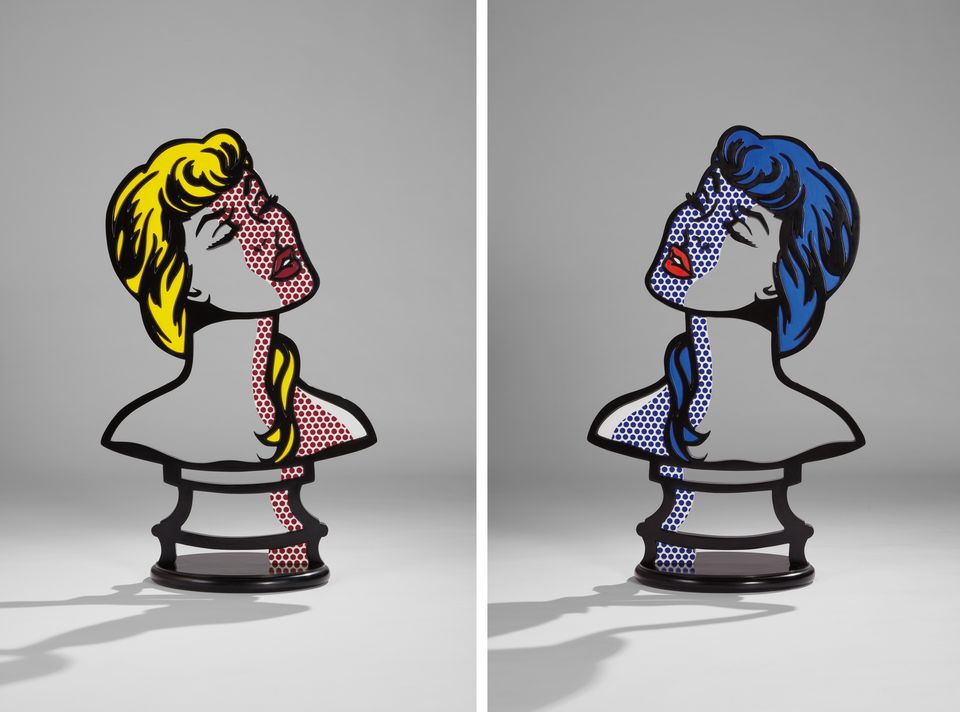 Completed one year before the artist died in New York City in 1997, this double-sided, painted and patinated bronze is cast in the form of a traditional female bust but adorned with the Pop artist’s familiar Ben-Day dots, red for the daylight side and blue for the reverse. Playing up the contrast between outline and void, Lichtenstein skilfully translated the comic-book effect of his paintings and works on paper to three dimensions without losing his signature flatness. The work, the first of six versions created, has been consigned by the Roy Lichtenstein Foundation and could break the auction record for a sculpture by the artist, which was set when the house (then known as Phillips de Pury & Company) sold Brushstroke Nude (1993) for nearly $6m in 2012. Other versions of the sculpture in question have been widely shown in major exhibitions, including in the artist’s retrospective at the Art Institute of Chicago in 2012 that later travelled to the National Gallery of Art in Washington D.C., Tate Modern in London and the Centre Georges Pompidou in Paris.