Object lessons: a portrait of Jacqueline Roque by Picasso and an image of Christ by Dalí

One work being offered in the house’s first dedicated sale of small works of art (none of the 35 lots are larger than the size of the catalogue page that illustrates it in ‘actual size’) is a chalk and pencil on cardboard drawing by Pablo Picasso that depicts his lover Jacqueline Roque, the most recurrent muse of his career. The Spanish artist met Roque in a pottery studio in Vallauris in 1954, while he still lived with the French painter Françoise Gilot, his partner of a decade and mother of his children Claude and Paloma. As with the other women visible in the artist’s oeuvre, such as Marie-Thérèse Walter in the 1930s and Dora Maar in the 1930s and early 1940s, Roque is never named as the subject but is recognisable by some distinctive features, most often her dark hair. This work, which shows Roque reclining, has been shown at the Kunstmuseum in Basel, among other institutions. Other highlights of the sale, which span the 20th and 21st centuries, include Un Coin de jardin à Arles (1888) by Vincent Van Gogh (est. £1,500,000-£2,000,000), one of 15 drawings that the artist created for his friend Emile Bernard that summer in Arles, and La Montagne Sainte-Victoire au fond (around 1902-06) by Paul Cézanne (est. £4,000,000-£6,000,000), a watercolour of bathers, a subject that occupied the artist from the 1870s on. 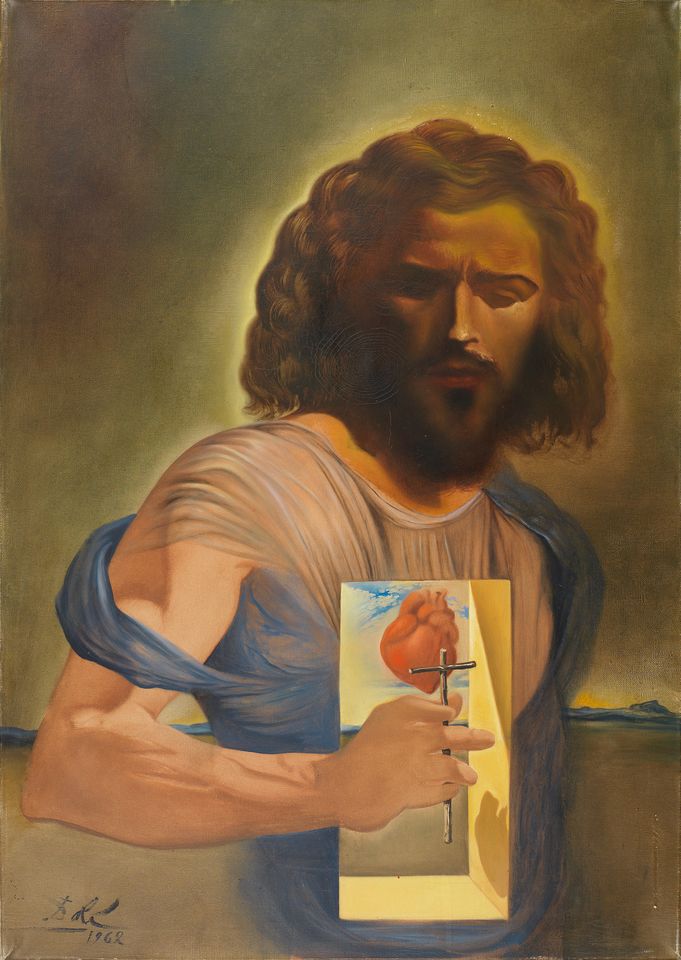 The image of Christ, painted during a time when when Dalí had rediscovered his Catholic faith, “explores the links between [spirituality] and his obsession with science and atomictheory—undoubtedly one of the most striking images by the artist to come to the market in recent years”, says India Phillips, the specialist of Impressionist and Modern Art of the house in London. The work was created in the post-Surrealist, Classic period of the artist’s career in the 1950s and 1960s, when he produced various works of religious subjects, including the masterwork The Sacrament of the Last Supper (1955) that belongs to the collection of the National Gallery of Art in Washington, D.C. The work, which lacks the shock value associated with previous Surrealist works of art by the artist, also demonstrates how the artist was influenced by Old Master paintings and Neoclassicism, particularly having admired the 17th century artist Francisco de Zurbarán. It was commissioned by Harry G. John, a late the heir of the Miller Brewing Company and a devout Catholic, and has been kept in a private Spanish collection for nearly two decades.

Update: the work was withdrawn from the sale.