Object lessons: a Tibetan Buddhist relic and a boxer made from recycled materials 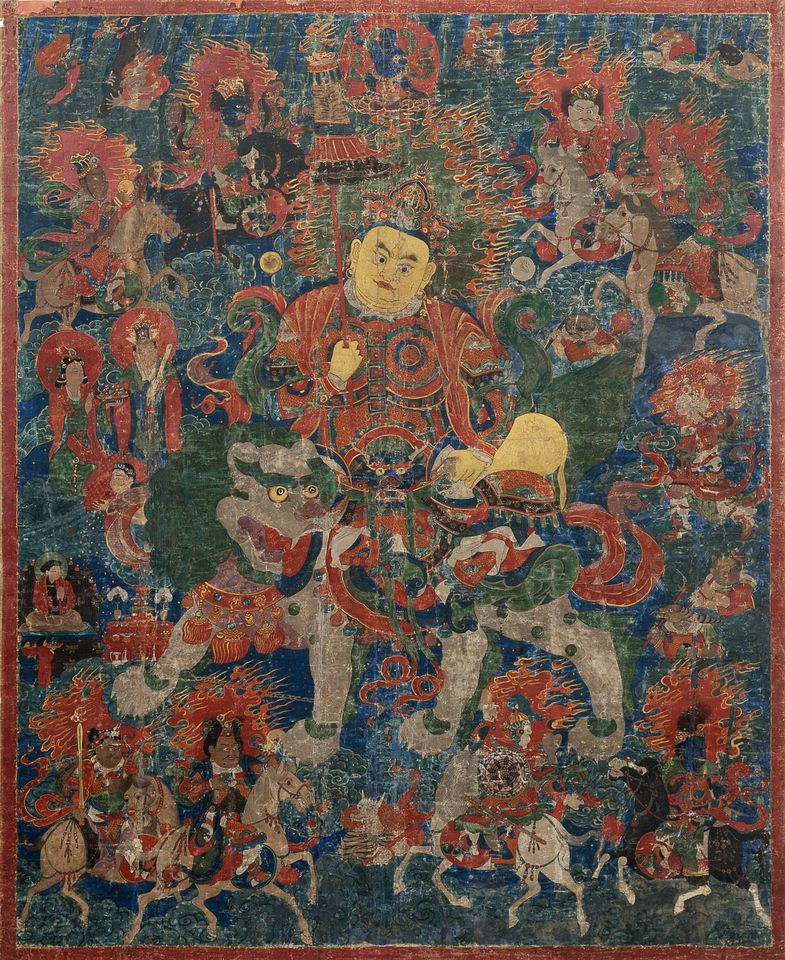 The Tibetan relic, a highlight of the house’s first online sale of Asian works of art, depicts the Buddhist deity Vaishravana, known in Theravada, Mahayana and Vajrayana branches of the religion as the Guardian of the North and worshipped as a protector and an idol of wealth. The ornately armoured god is shown riding a white snow lion and holding both an emblem for victory and mongoose, an animal associated with good fortune, which is vomiting jewels from its mouth. He is surrounded by various mythical figures, including the eight dharmapalas, the wrathful-looking bodhisattvas who are said to ward off evil. The work is made of distemper, an early form of paint made of organic and mineral pigments on cloth, and “remains in very good condition for a work of its time—an exquisite example of a Tibetan scroll painting”, Hugo Weihe, the CEO of the house, told The Art Newspaper. The current owner acquired the work from Sotheby’s, New York, in 2006 for $78,000 (est. $18,000-$22,000) in a dedicated sale of Himalayan paintings from the collection of Ernst Mischa and Angela Jucker. 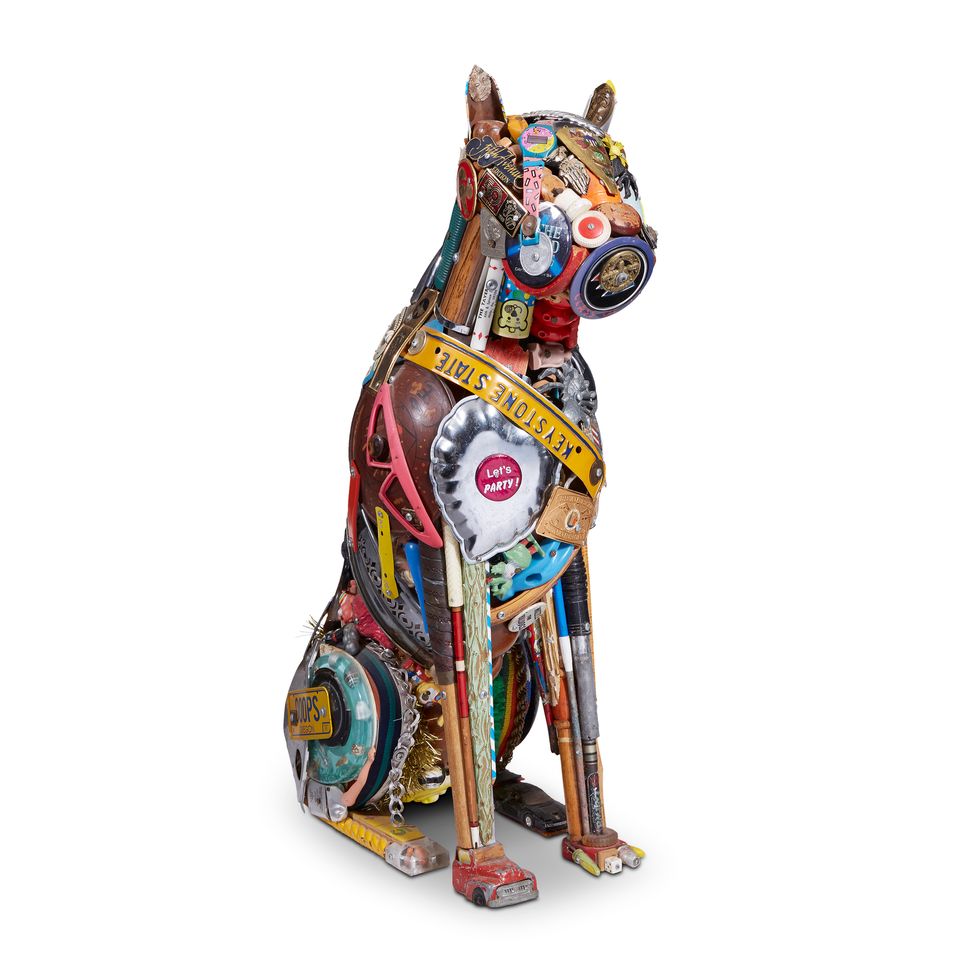 The Philadelphia-based artist scours junk yards, garage sales, flea markets, the woods and other inconspicuous places to collect and repurpose the discarded objects that he welds into colourful and complex sculptures, a childhood pastime that he has developed in his practice. Sewell is one of the founding members of an artist collective called the Philadelphia Dumpster Divers, which formed in the early 1990s and comprises around 40 local artists who work with recycled materials. The artist often creates sculptures of animals and other naturalistic themes, such as this work of a boxer, which is amalgamated from toy cars, a corn skewer, a tween’s wristwatch, pieces of brass and tin, a plastic sunglass frame and various other found objects. The artist’s work can be found in the collection of some niche American museums, such as the American Visionary Museum, Baltimore, and the Garbage Museum, Hartford, and international museums including the Museo de Sera International, Madrid, and the Shonandai Culture Centre, Fujisawa, and he has also created public works of art for the US Environmental Protection Agency (US EPA) and Hartsfield–Jackson Atlanta International Airport, among others. Sewell “creates a clever interpretation of everyday objects through a thoughtful melding of junk and his work certainly resonates with the locals—since his colourful assemblages hit the auction block, the enthusiasm for his work has remained strong and consistent”, Andrew Taggart and Micah Dornfield, associates of the house, told The Art Newspaper. Last year, the house sold a similar "boxer" sculpture for $7,500 with premium.