Object lessons: a Venetian scene by Guardi, an ancient Egyptian relic and an artefact from an important collection of ethnographic art

Venice: the Rialto Bridge with the Palazzo dei Camerlenghi by Francesco Guardi (around 1765)

A dramatic painting by Francesco Guardi of the Rialto Bridge and the bustling Grand Canal is being sold for the second time since it was painted in the mid-1760s, having been handed down through generations of the Guinness family. The work, which shows one of a pair of views that Guardi painted of the famous Venetian scene (one looking north and one looking south), “is one of the greatest 18th-century view paintings of Venice and one of the greatest pictures Guardi ever painted,” says Henry Pettifer, the head of Old Master paintings at Christie’s. Both views were first acquired, most likely from the artist, in 1768 by a young English grand tourist called Chaloner Arcedeckne and stayed in his family until 1891, when they were sold privately for £3,850 to Edward Cecil Guinness, the chief executive and then chairman of the brewing company. The paintings were eventually separated in 2011 when the pendant, Rialto Bridge from the Fondamenta del Carbon, was sold to an anonymous bidder at Sotheby’s for £26.7m—a record for a Venetian view painting. The work returned to Venice for the first time for an exhibition at the Aman Hotel earlier this year and then travelled to Hong Kong before it is being auctioned in London this week.—A.S.

Update: the lot achieved around £27m. 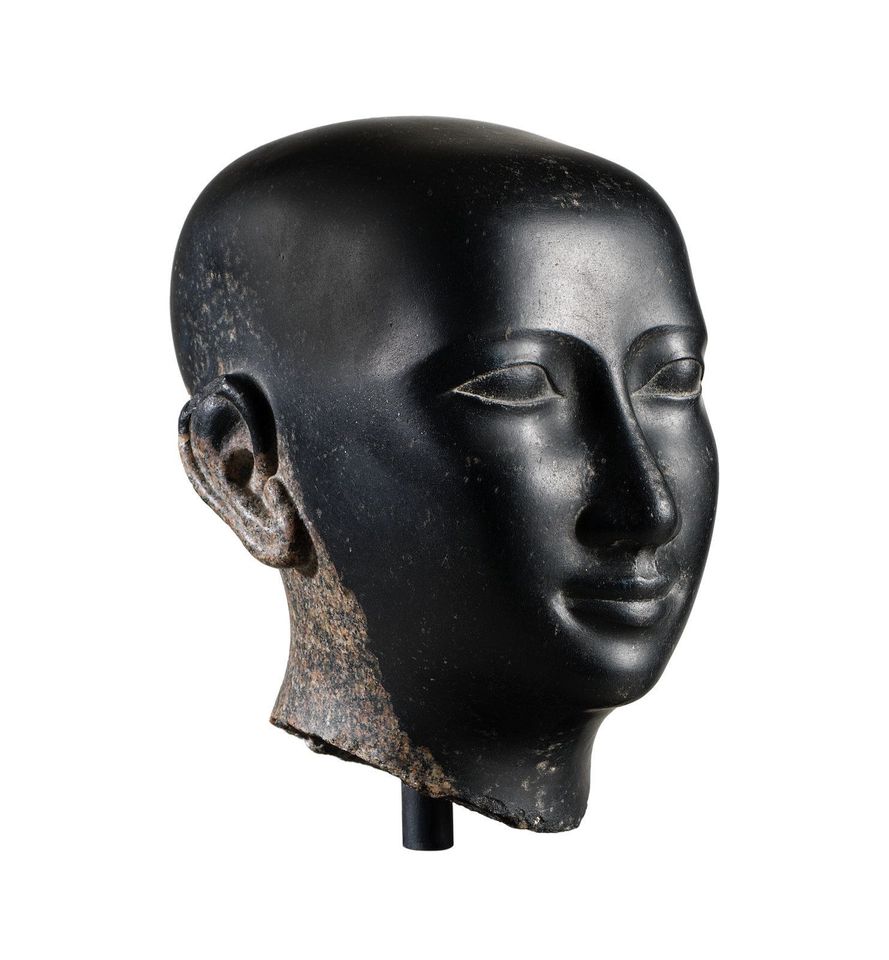 An Egyptian granite head of a priest (around 610-525 BC). Photo courtesy of Bonhams.

When intact, this fragmentary statue of an ancient Egyptian priest, carved from pink-speckled granite with a solid face “had a fascinating two-tone effect, with the body likely being the pinkish colour shown on the back of the head, making an arresting contrast to the face that is wholly carved from the black element”, says Francesca Hickin, a senior specialist of antiquities at Bonhams. The work exemplifies a category of ancient Egyptian sculpture reserved for priests known as the "egg-head" type, which emerged in the Late Period (around 664-332 BC) and is characterised by a shaved, slightly elongated head that poses a “strong contrast to elite Egyptians who wore wigs, setting the priesthood visually apart in real life and funerary sculpture”, Hickin says. The relic—which would have been depicted standing, sitting or kneeling—was placed in the subject’s tomb to receive offerings and ensure his continued well-being in the afterlife. Few similar examples exist in private hands. According to Hickin, the best parallel for such a work, can be found in the collection of the Virginia Museum of Fine Arts, Richmond.—G.Ai 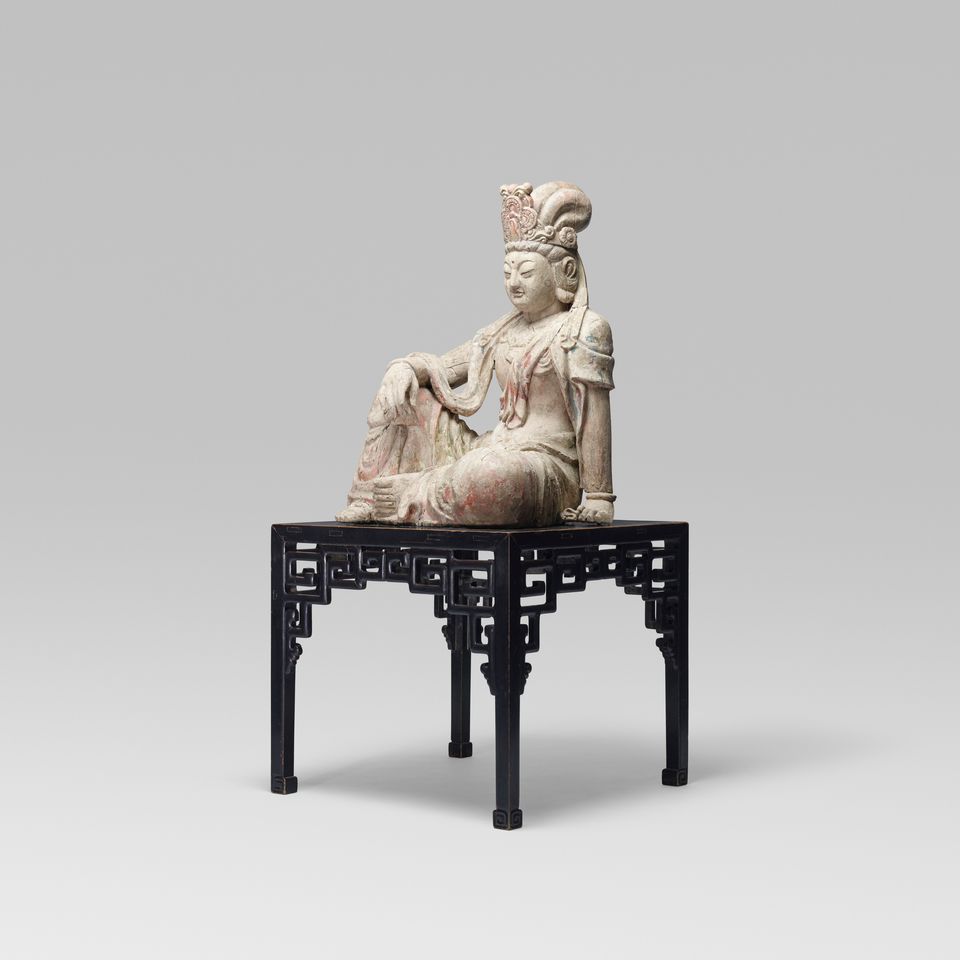 13 July: A Life in Ruins: Douglas Dawson, 35 Years of Art and Antiques

The dedicated sale includes over 200 objects from the collection of the Chicago-based dealer Douglas Dawson, who has dealt works of art from Africa, Asia and the Americas for over three decades. In the catalogue of the sale, Dawson notes that while “contemporary art fairs and auctions have become the commercial and social focus of art activity, non-Western art [...] provides the collector with an opportunity to deeply explore how the human mind is compelled to make experience tangible through art”. One highlight of the sale is a Ming period (1368-1644) statue depicting Guan Yin, the female (portrayed as male in other cultures) Buddhist Bodhisattva known as the "goddess of mercy". The work, which is being is being sold with a 19th-century Chinese black lacquered table, is made from blocks of wood that were gessoed and polychromed (of which some traces remain) and contains a square hole on the back where offerings would be placed. Other notable lots being offered include a vessel used to brew beer, called a chomo, created by Shipibo people of the Amazon forest of eastern Peru (est. $3,000-$5,000) and an ornate 20th-century bed for a king of the Oku Province in Cameroon that is carved from a single tree trunk with motifs intended to express prestige and power (est. $10,000-$15,000).—G.Ai