Object lessons: a work from a Chicago Imagist and a promotional gift from the Campbells Soup Company after Andy Warhol 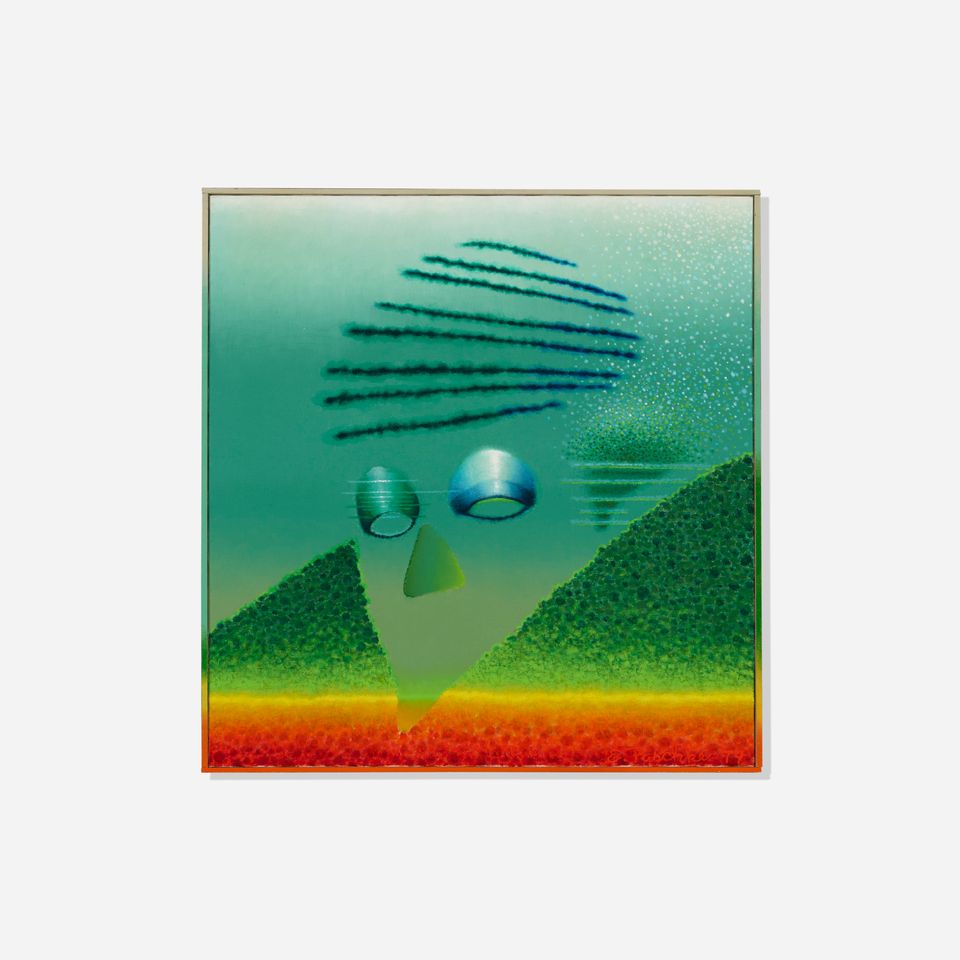 One highlight of the house’s sale of art and design is an abstract painting by the late Chicago Imagist Ed Paschke, a “well-known yet under-appreciated artist”, Richard Wright, the director of the auction house, told The Art Newspaper. Paschke, an Art Institute of Chicago alumnus, is well known locally (he taught at Northwestern University for 26 years, while an art center that bears his name opened in 2014), but his work still “has a relatively modest market value, even amid growing awareness and interest in the Imagists among collectors outside of Chicago”, Wright adds. The group, which turned to figuration over the reigning abstraction of the day, staged shows at organised at the Hyde Park Art Center in Chicago in the 1960s. Piggybacking on the innovations of Pop Art a few years before him, Paschke appropriated images from popular culture with surrealistic and even sinister qualities. The vibrant painting being offered in the sale, whose oil paint has luminous neon quality, “demonstrates Paschke’s growing fascination with media and electronic imagery—the figure is created from a series of electronic signals, and hovers like an apparition on the canvas, illustrating, in Paschke’s signature way, the dislocation of our modern age”, Wright says. Paschke’s works have commonly exceeded auction estimates—last year, Christie’s, New York, sold the work Governare (1985) for $88,000 with premium (est. $40,000-$60,000) and also set the artist’s record in 2014 with the work Bag Boots (1972), which achieved $245,000 with premium (est. $30,000-$40,000). 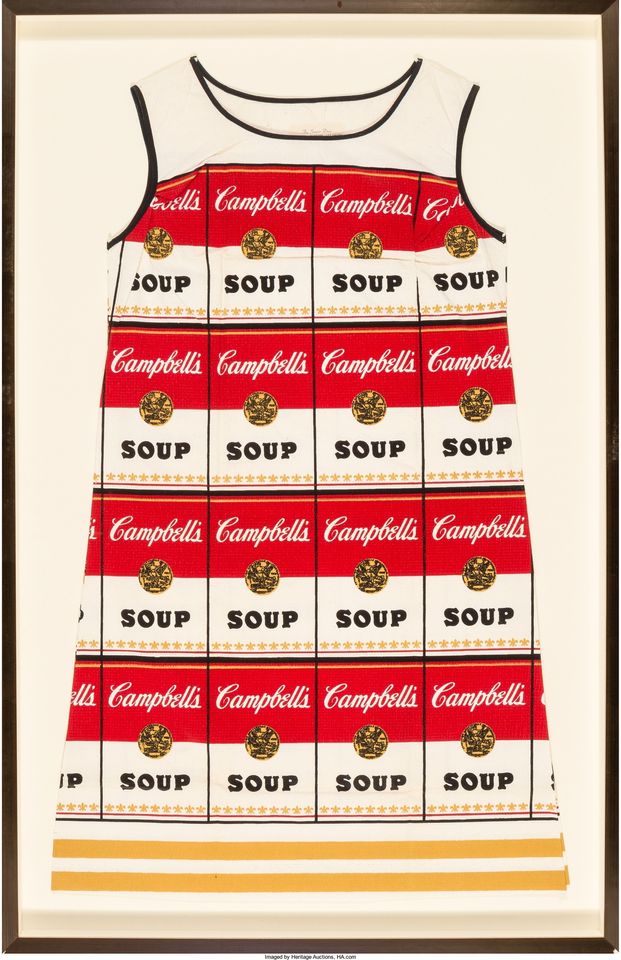 One highlight of the house’s online auction of prints and multiples is a framed edition of the wearable paper dresses that were produced by the Campbell’s Soup Company in the late 1960s in response to Andy Warhol’s Campbells Soup Cans (1962)—one of the most iconic works of the Pop Art canon. Warhol’s original work, which belongs to the collection of the Museum of Modern Art (MoMA) in New York, comprises 32 canvases that show varieties of the soup in the chronological order that the flavours were launched on the market. The wearable paper mini dress, made from screen-printed colour on cellulose and cotton, was available to customers who sent in any two Campbell’s soup labels, along with one dollar and their dress size. “The dresses epitomize the Pop Art sensibility of the intersection between art, commerce and fashion”, Taylor Curry, the consignment director of Modern and Contemporary art of the house, told The Art Newspaper. Various American institutions have acquired the historical dress, including the Fashion Institute of Technology and the Costume Institute of the Metropolitan Museum of Art in New York, among others. In 2000, the Whitney Museum of American Art included the dress in an exhibition focusing on Andy Warhol’s contribution to fashion, which also included his early work as a fashion illustrator.