Object lessons: an elaborate sketch by Constable and a colourful square by Josef Albers

You can imagine the Suffolk breeze in this blustery late summer view of Constable’s beloved stretch of the River Stour between Flatford Lock and Bridge Cottage, a view he painted repeatedly. Though diminutive, just 16cm by 24cm, the richly textured oil on canvas is more a miniature painting than mere sketch, with hints of figures in the background, silvery reeds in the foreground, and bubbling water bursting through the lock gate. Recently emerged from a private collection, it was made for Constable’s principal submission to the Royal Academy in the summer of 1813, a painting now lost but known from a mezzotint by David Lucas and four other preparatory oils. 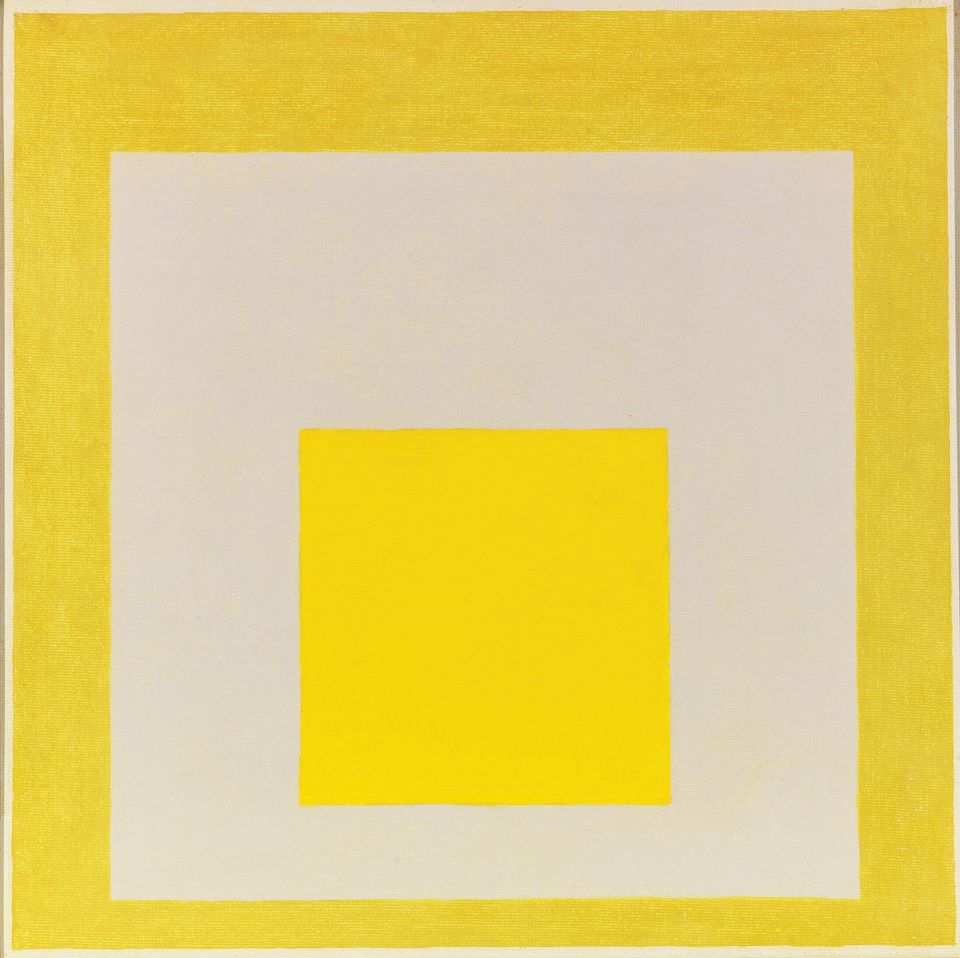 Josef Albers, Study for Homage to the Square: Two Yellows with Silvergray (1960)

Josef Albers, Study for Homage to the Square: Two Yellows with Silvergray (1960)

Surrounded by an avant-garde circle, the unnamed southern German architect whose collection appears for auction at Ketterer Kunst this month acquired most of his post-war and contemporary works from the artists themselves. His tastes tend toward the purist, favouring minimal abstracts and sculptures by the likes of Sam Francis and Carl Andre in the 1960s through to Gerhard Richter in the 1990s and a precise acrylic on aluminium by Imi Knoebel in 2003. The standout, however, is this mustard-hued oil on fibreboard by his friend the Bauhaus artist Josef Albers (1888-1976), part of his late Homage to the Square series.