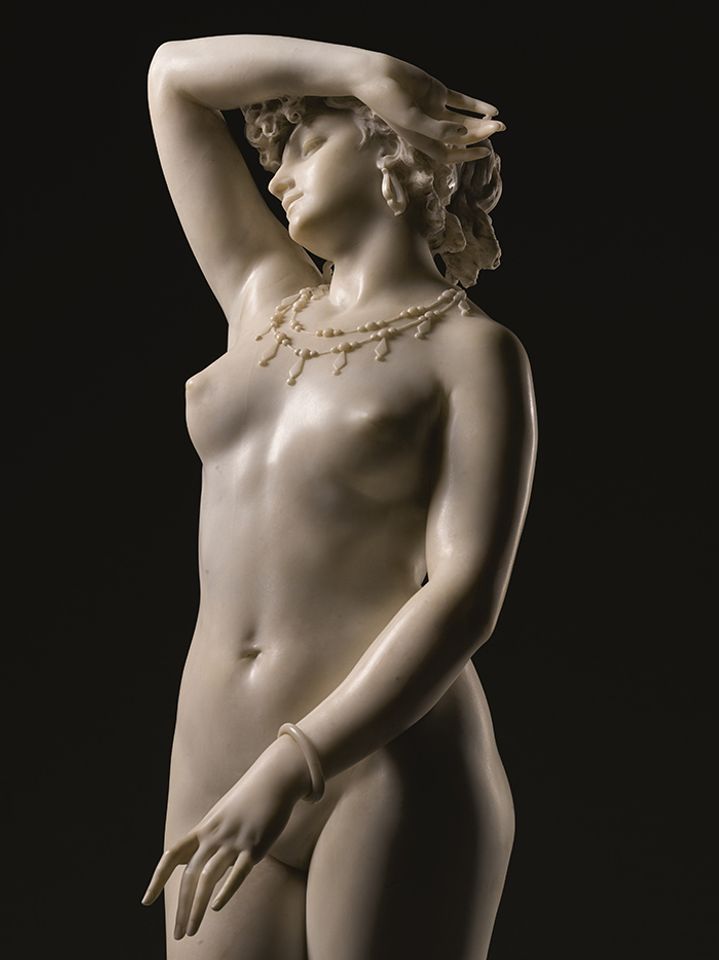 This marble statue carved by the Milanese sculptor Francesco Barzaghi, a key artist of the bohemian Scapigliatura movement of the 1800s, depicts the Greek courtesan Mnēsarétē—also known as Phryné—at her trial for profaning the Eleusinian Mysteries, a capital offense in ancient Greece. The statue captures the moment where the orator Hypereides, one of Phryné's lovers, disrobed her before a room of judges after delivering an unsuccessful speech in her defense. According to legend, the judges were so moved by Phryné that she was ultimately acquitted. The life-sized sculpture is based on an 1861 painting by the French artist Jean-Léon Gérôme, but in her lifetime Phryné served as the model for two statues that the Greek sculptor Praxiteles created of the goddess Aphrodite. For Barzaghi, his tribute to Phryné marks a more romantic aspect of his oeuvre, as he was primarily commissioned to create religious and political subjects. In 2011 Sotheby's set the record for the artist with a sculpture called The Finding of Moses, which achieved £181,250; this work, with its classical overtones, is expected to far surpass it. 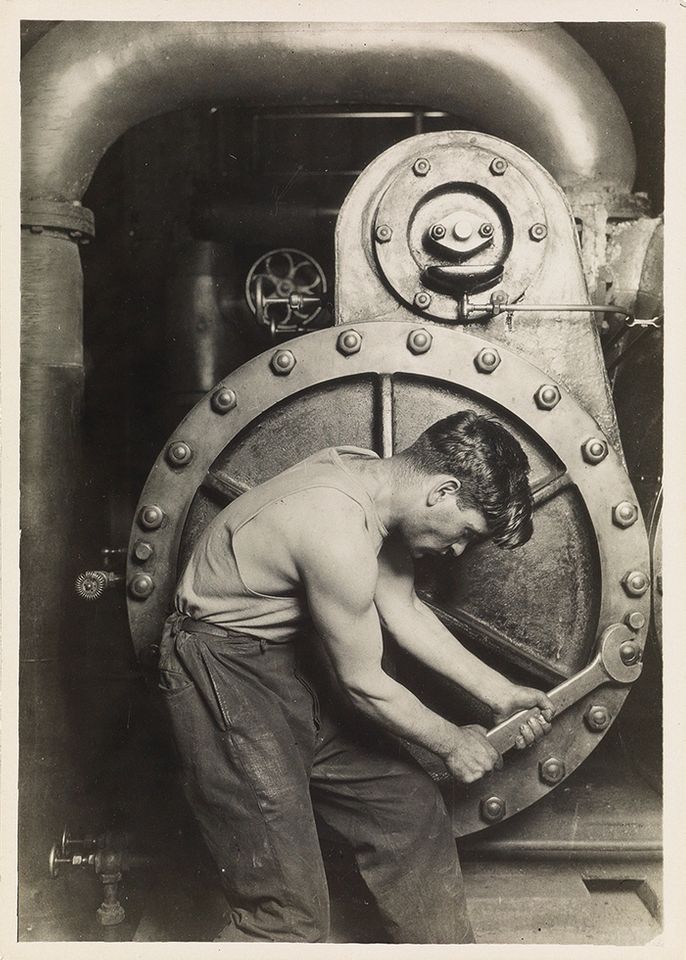 This silver print belongs to a group of "work portraits" the American photographer and sociologist Lewis W. Hine captured in the early 1900s. The series aims to highlight the human side of industrialization, as in this work, showing a man straining against a foreboding steam-powered machine. The print, which comes from the collection of the late New York photographer Isador Sy Seidman, was included in Hine's 1932 volume Men at Work: Photographic Studies of Modern Men and Machines, and is much anthologized in various publications on social criticism in photography. Another print of this image achieved $269,000 (est $70,000-$100,000) at Sotheby's New York in 2014, setting the artist's record auction price, and another is held by the Brooklyn Museum. The photograph is one of 24 prints by Hine being offered in the sale, which also includes photographs that he shot while serving as a photographer for the American Red Cross and the National Child Labour Committee, where he photographed child workers in industrial and agricultural jobs, wanting to, as he put it, "show things that had to be corrected". 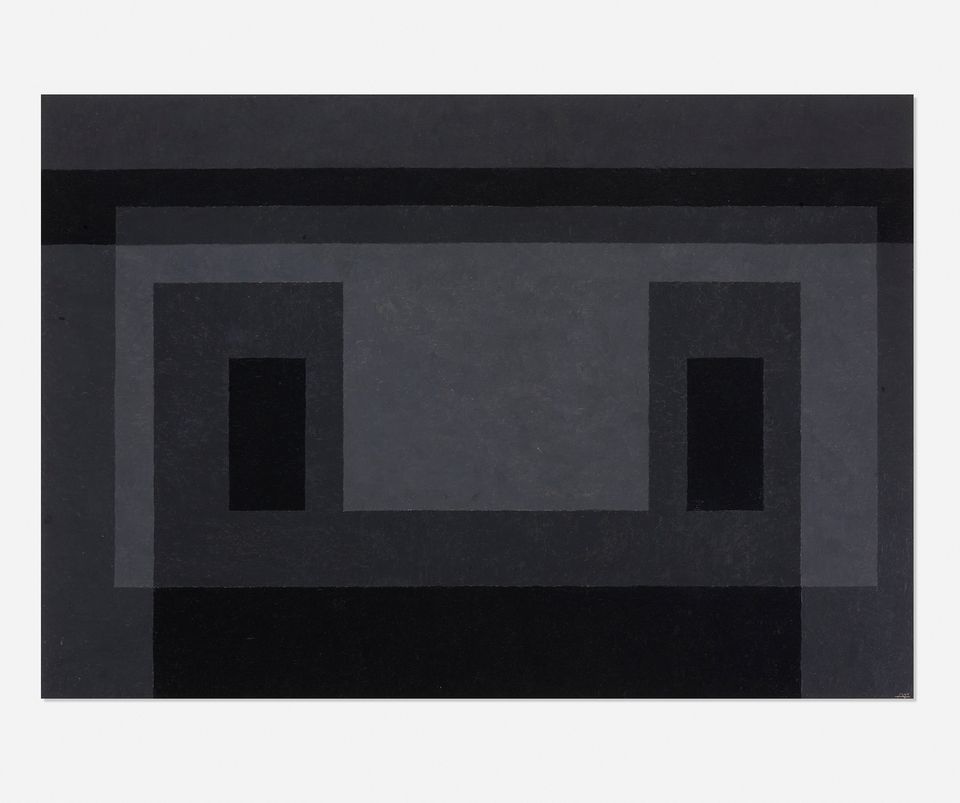 This oil on masonite painting featuring geometric grey and black gradients is the largest in the Variant/Adobe series that Josef Albers produced between 1946 and 1966, which was influenced by the Mexican landscape and the architecture of its pre-Columbian sites. Beginning in the mid-1930s Albers traveled frequently to Mexico, which he declared was "truly the promised land of Abstract art" in a letter to his Bauhaus colleague Wassily Kandinsky. Works from this series are currently featured in an exhibition (through 28 March) at the Solomon R. Guggenheim Museum in New York that explores how Mexico informed Albers's thinking, including his famous Homage to the Square series. This painting comes from the collection of the US architect Bertrand Goldberg and has been shown at the Museum of Modern Art, New York, and other major museums. The "somber tones communicate a seriousness, and the subtlety of colour interaction is quite powerful in person", says the auction house's founder, Richard Wright, who adds that there's been a recent surge of interest in Albers' work at auction. Last October, Sotheby's London set a new record for the artist at around £2.3m.