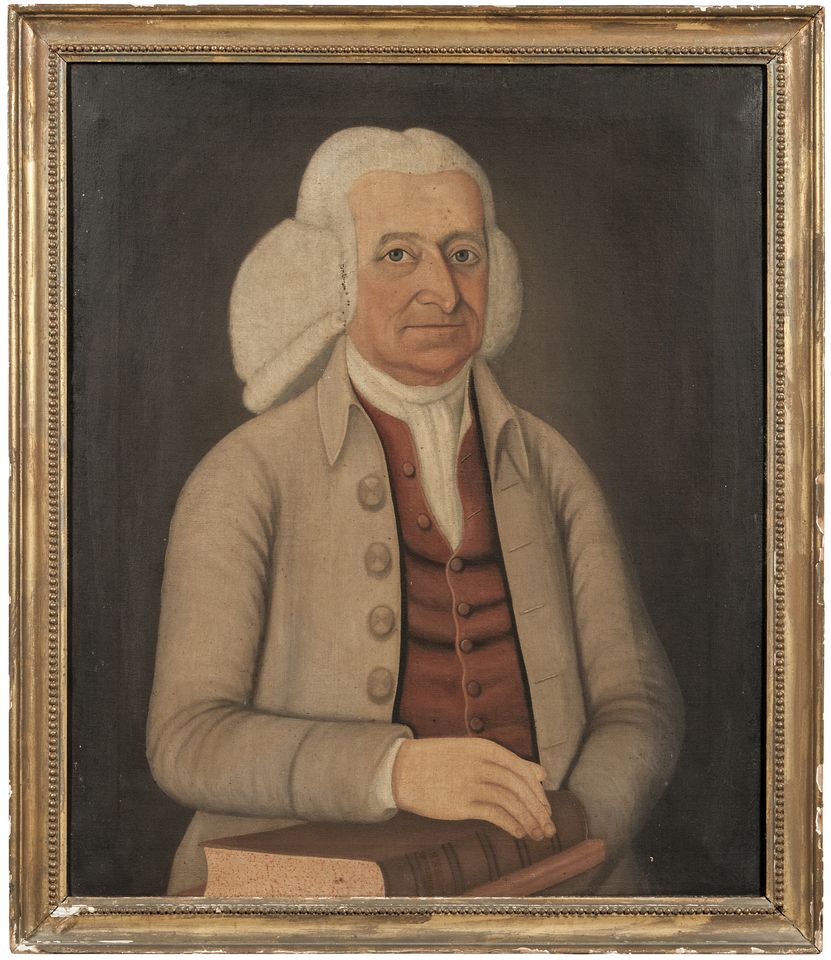 Pair of Portraits of Deacon Benjamin Titcomb and his wife Anne Pearson Titcomb (1798) by John Brewster. Photo courtesy of Skinner.

A staple of Outsider art circles, the deaf American artist had little formal training as a painter, and learned most of his technique through an apprenticeship with the self-taught painter Joseph Steward, known for his static folk-style portraits. In the late 1700s and early 1800s, Brewster travelled New England painting portraits of upper- and middle-class families, communicating fees and poses with his clients through limited writing and pantomime, and became an acclaimed artist in a network of traveling painters of the region. The diptych being offered, in their original giltwood frames, depicts a deacon of Stroudwater, Maine, and his wife, and is published in a book of New England genealogy (1908; reprinted 2016) with a note from the deacon’s son, calling his father “a very worthy and influential citizen”. The work has never left the family’s collection and is being offered by the sitters’ great-great-great-great granddaughter. Brewster’s work is held by collections including the American Folk Art Museum, New York, which held a comprehensive survey of the artist’s life and work in 2007. A similar diptych of a Massachusetts couple achieved $802,000 (est. $150,00-$300,000) at Sotheby’s, New York, in 2007—the artist’s second-highest auction record. 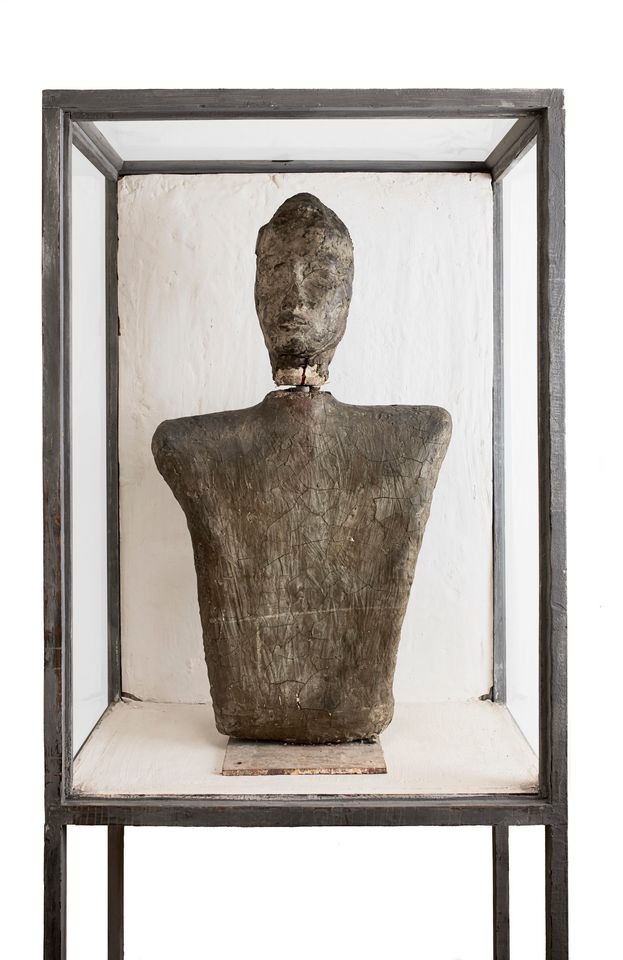 The house is offering a selection of works from the collection of the Scottish sculptor and painter John Brazenall, including a rare, hand-worked maquette by Julian Schnabel that depicts his first wife, Jacqueline Beaurang. The sculpture, in plasticine moulded over a wire mesh skeleton, was created at the Johnson Atelier foundry in New Jersey in the late 1980s, where Brazenall was a fabricator. Brazenall worked closely with Schnabel, who was “beginning to ‘come off the canvas’, moving toward sculpture [as] a logical extension of his plate paintings”, Brazenall said in an interview with the house. “Julian was the composer and conductor of the orchestra, and I was a soloist brought in to make my unique contribution, which helped make the work whole.” An edition of six bronze casts were sold in a 1990 exhibition of Schnabel’s sculptural works at the Pace Wildenstein Gallery, New York, which New York Times critic Roberta Smith praised for their “ruined decadence”. 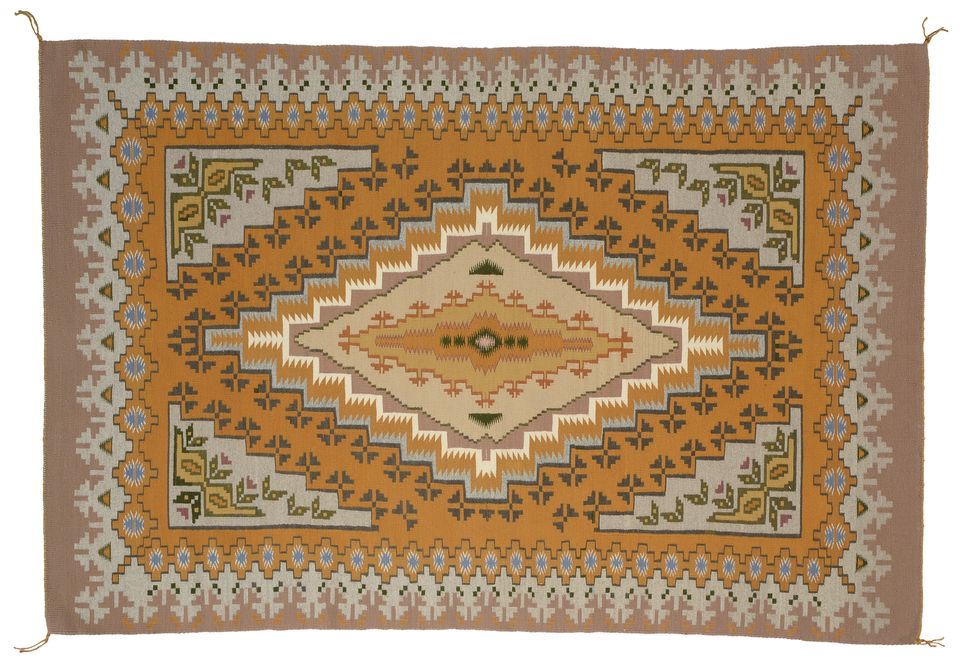 Navajo rug (around 1988) by Philomena Yazzie

In the late 1960s, the Navajo artist helped to pioneer the ‘Burntwater’ style of Native American rugs, combining subtle variations of visual and technical elements that are traditional to textiles of the Ganado and Two Grey Hills region of southwest Arizona and New Mexico, areas renowned for their fine tapestries. The style is characterised by varied geometric patterns and a centre medallion, and are woven using a mix of commercial and handspun wool and coloured with natural vegetable dyes (plant leaves, barks, stems and roots) through a process called carding. In Navajo culture, weaving is done for both mercantile and ritualistic purposes, and weavers develop a unique yarn colour that runs through each textile’s edge, said to symbolise the artist’s energy once a rug is completed. The earthtone work, which dates from 1988, is in pristine condition, according to a specialist of the department, with no noticeable piling or surface hairlines common of vintage knitted textiles. Yazzie’s works have previously sold for between $5,000 and $6,000 at auction.