Our pick of highlights from the week's auctions and art fairs

The banker L. Roy Papp developed a taste for Asian art while working in the Philippines in the 1970s. Over 20 years, he and his wife Marilyn collected Chinese paintings from the Ming and Qing dynasties across subjects, media and artists. The star of Sotheby’s 122-lot sale is a portion of a handscroll by the master landscape painter Wang Hui (1632-1717), part of a series commemorating the Kangxi emperor’s strategic 2,000-mile tour of southern China in 1689. This section, painted in ink and colour on silk, comes from the sixth of the 12 scrolls. Ten are now in museum collections, while the location of another is unknown. 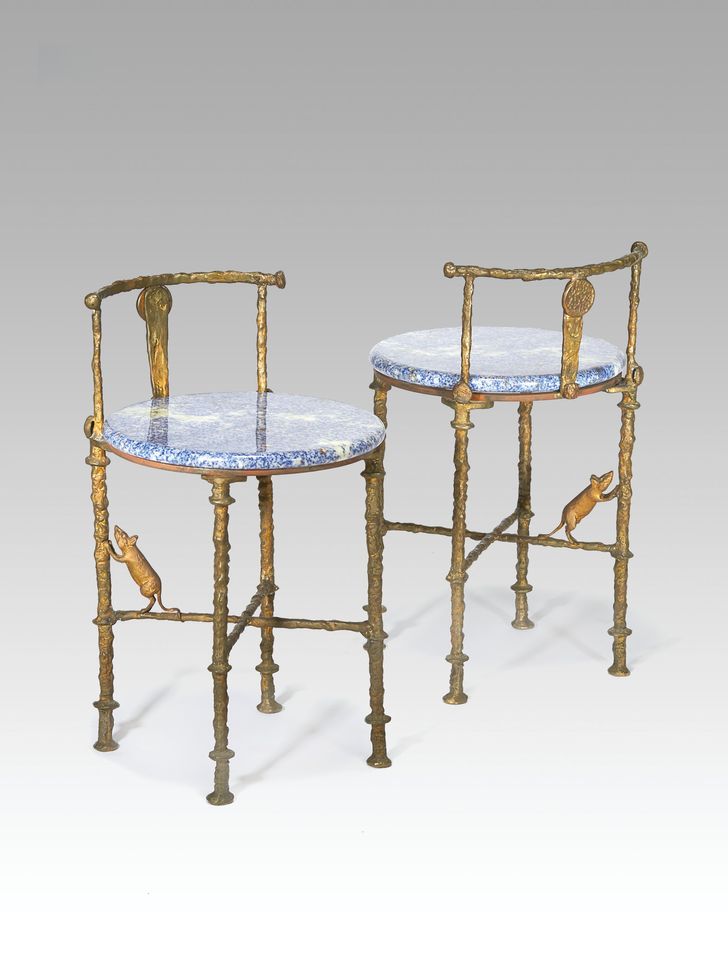 Diego Giacometti (1902-85) conceived this bronze pair as dressing table stools, but later replaced the cushions with granite so they could be used as side tables. The mice decorating the legs reflect his childhood love of animals. Artcurial is offering the stools among 30 lots from the collections of Éliane and Daniel Brollo, Giacometti’s friends and long-standing supporters, and their son Frédéric. The sculptures, items of furniture and plaster casts will be exhibited before the sale with a series of unseen photographs of the artist in his Paris studio, taken by Frédéric Brollo between 1979 and 1984. 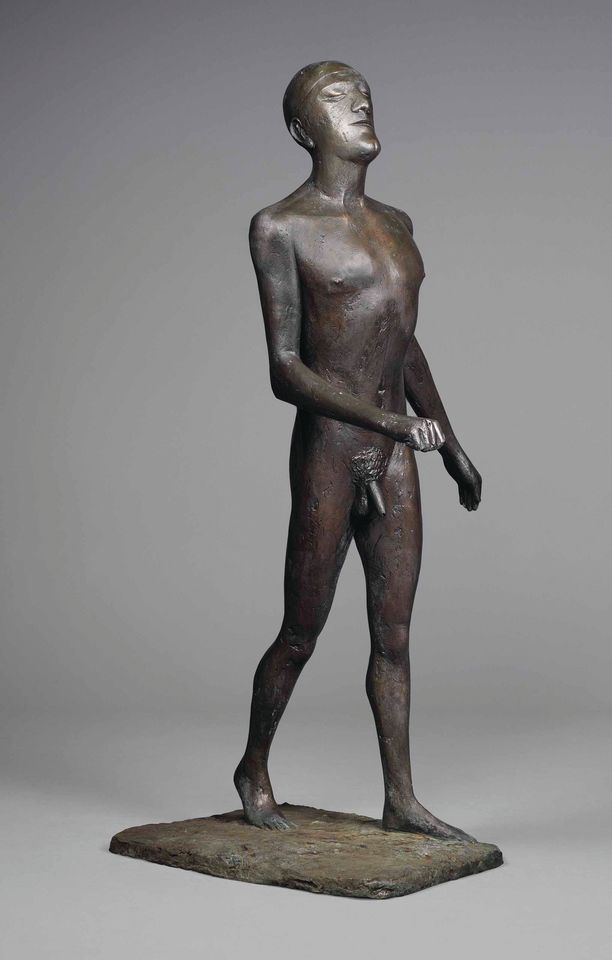 This life-size bronze sculpture depicts the first Christian martyr, Saint Stephen. A Jewish convert, he became one of the first deacons of the Christian Church in Jerusalem. His preaching was so effective that the Sanhedrin, the Jewish court, had him stoned to death. Protomartyr, from an edition of three, is one of a series of religious commissions produced by Frink (1930-93) for English churches in the 1970s. The saint’s posture evokes pain and endurance, with closed eyes reminiscent of Frink’s monumental Tribute Heads of 1975. The earlier series paid tribute to present-day victims of repression and the human rights organisation Amnesty International.