Barbara Lambrecht started collecting in the early 1970s, focusing on Impressionist and Fauvist works. A committed philanthropist, Lambrecht is selling her collection at Christie’s and donating all proceeds to the Rubens Prize Collection in the Museum of Contemporary Art in Siegen, Germany. Lambrecht is an admirer of those rare female Impressionists, particularly Berthe Morisot. The sale offers two oils by Morisot, including Femme et enfant au balcon, depicting a fashionably dressed woman and her child looking out over Paris, painted at Morisot’s home in Passy. 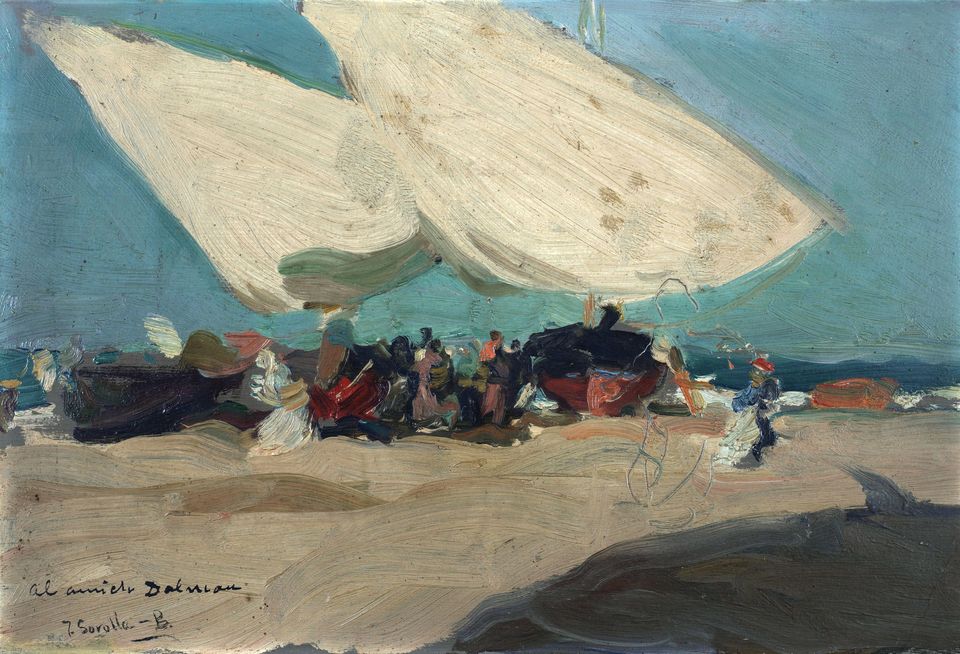 Sorolla was born in Valencia and even after he moved to Madrid, he returned there to paint, often on the beach en plein air. This oil on board, which emphasises the contrast between the white billowing sails and dark shadows, and the brilliant blue sky and the dark-clothed men, was painted during the height of the Spanish master’s career. “Sorolla was quite prolific—there are 700 known works—but they vary hugely in terms of value and type,” says Charles O’Brien, the head of Bonhams’s 19th-century art department. “This particular oil sketch has the fluidity, spontaneity of brushstroke and bright palette that so appeal to collectors today. And it comes from a private collection in Spain; it’s never been on the open market before.” Last seen in the exhibition Painting the Modern Garden at London’s Royal Academy of Arts in 2016, Klimt’s luscious painting of a garden filled with poppies, daisies and roses is now on the market. The canvas, about 43in square, is from the artist’s so-called “golden period”, done at the same time as his beloved Portrait of Adele Bloch-Bauer 1 and his most famous work, The Kiss. The painting has always been revered; soon after it was finished it was celebrated in 1908 for its mastery in the trail-blazing Kunstschau show in Vienna. Klimt was the first president of the Vienna Secession, a group of Austrian artists who declared “to each age, its art”, rejecting historicism and the styles of the past to create a Modern art for a new century. Ironically, the artist left the Secession (over policy differences) before he painted Bauerngarten, but he appears to have taken the motto with him in this strikingly modern composition that recalls contemporaneous works by Monet and Van Gogh.